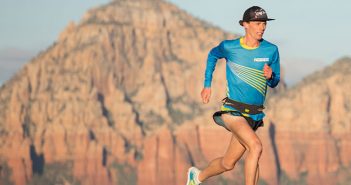 Jim Walmsley is the male Ultra Runner of the Year for 2017. In winning the UROY for the second straight year, Walmsley excited many with his “go big or go home” style of racing. He set course records in winning the Tarawera 100K in New Zealand, the Gorge Waterfalls 100K in Oregon and the Speedgoat 50K in Utah. He suffered a DNF at Western States after surrendering a large lead with stomach issues at mile 70. At UTMB he was in or tied for the lead for 65 miles before experiencing an epic bonk and sliding to seventh place, eventually recovering in the late stages to finish fifth. The former Air Force Academy track standout lives in Flagstaff, Arizona. 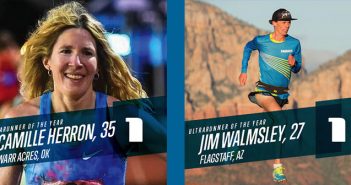 Camille Herron is the female Ultra Runner of the Year for 2017. Herron’s spectacular year included winning the prestigious Comrades Marathon in South Africa and setting a world record for 100 miles with a stunning 12:42:40 clocking at the Tunnel Hill 100. Four weeks after the 100 mile record, she doubled back to set another world record for 12 hours with a 92.665 total, breaking Ann Trason’s 1991 mark. She also showed her versatility in winning the Tarawera 100K in New Zealand and placing second at the Bandera 100K. She lives in Warr Acres, Oklahoma and currently works as a Research Assistant in Osteoimmunology at the University of Oklahoma Health Sciences Center. 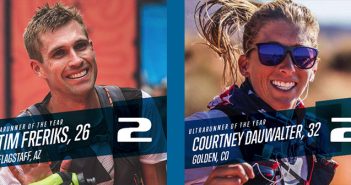 Tim Freriks is the number two ranked male for 2017. Freriks year included two major wins – Transvulcania in Spain and The North Face Endurance Challenge 50 in San Francisco. He showed his versatility by winning the Flagstaff Sky Race and placing second at the Broken Arrow Sky Race. The former Northern Arizona University track standout recently he finished his nursing degree. He lives in Flagstaff. 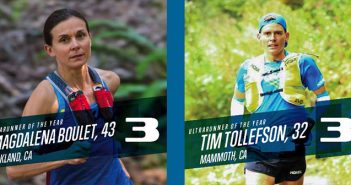 Magdalena Boulet is the number 3 ranked woman for 2017. Boulet, who was Ultra Runner of the Year in 2015, placed second at the Western States 100, Lake Sonoma 50, and Tarawera 100K. Born in Poland, Boulet became a U.S. citizen on September 11, 2001 and was on the 2008 U.S. Olympic team. She lives in Oakland, California where she is Vice President of Research and Innovation for GU Energy Labs. 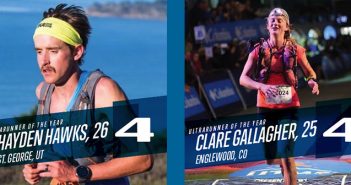 Hayden Hawks of St. George, Utah checks in as the number 4 ranked man for 2017. Hawks strong year included a win at Courmayeur-Champex-Chamonix (CCC), the 100K race in the UTMB series. He also won the Red Hot Moab 55K, placed second at Chuckanut and third at The North Face Endurance Challenge Championships in San Francisco. Hawks took to the trails after a stellar track career at Southern Utah University, where he posted school records in the 5000 meters (13:51) and 10,000 meters (28:53). 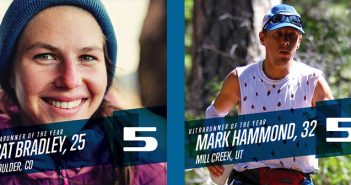 Cat Bradley of Boulder, Colorado is the fifth ranked woman for 2017. Bradley won the prestigious Western States 100 in her debut race there. She excelled on the Western States course, winning both the “big dance” and The Canyons 100K. She burst into the elite ranks in late 2016 with a course record win at the Rio del Lago 100. A kindergarten teacher who was laid off in March, Bradley took full advantage of the extra time to train and good fortune – she got into Western States via the lottery, with only one ticket and a 2.5% chance of getting drawn. 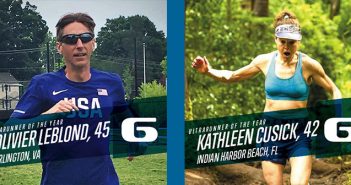 Olivier Leblond of Alexandria, Virginia is number 6 in the voting for Ultra Runner of the Year. Leblond set an American Record at 48 hours, posting 262.181 miles at the Icarus Ultra. He also won the Umstead 100 and the Yeti 100 and was seventh at the IAU 24-Hour World Championships. 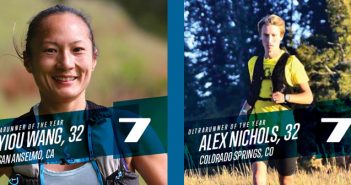 YiOu Wang is the number 7 ranked woman for 2017. Wang won the highly competitive Lake Sonoma 50, placed second at Chuckanut and set a course record while winning the Quicksilver 50K. She is currently on a yearlong sabbatical from her job as Dean of Curriculum at a private school in Marin County, California. 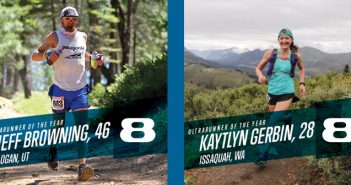 Jeff Browning is ranked number 8 for 2017. Fourth at Western States and 20th at UTMB, “Bronco Billy” doubled back to win the Bear 100. A graphic artist and running coach, he moved from Bend, Oregon to Logan, Utah during the year. 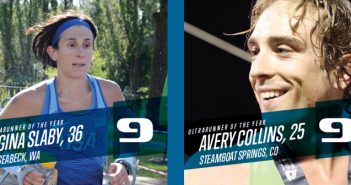 Gina Slaby is the #9 woman for 2017. Slaby won six races during the year and placed fourth at the World 24-Hour Championships in Northern Ireland.  A Lieutenant Commander in the U.S. Navy, Slaby lives in Seabeck, Washington. 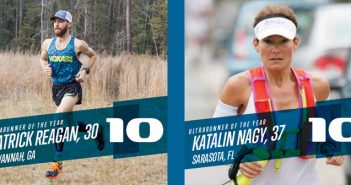 Patrick Reagan is the 10th in the voting for Ultra Runner of the Year.  Reagan, who lives in Savannah, Georgia, won the Javelina 100, breaking Zach Bitter’s course record in the process. He was second at Ultravasan, a highly competitive 90km race in Sweden, and 12th at Comrades in South Africa.