Freriks and Dauwalter named #2 2017 UltraRunners of the Year 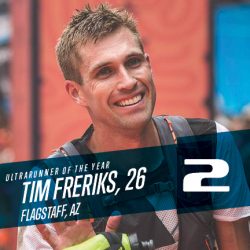 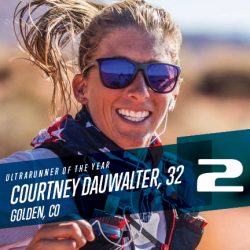 Courtney Dauwalter checks in as the second ranked woman in 2017. Dauwalter’s phenomenal year included setting an American record for 24 hours in February, losing the record to Katalin Nagy in July, and then getting it back with a brilliant 159.319 mile effort in December. The Golden, Colorado teacher also won the Run Rabbit Run 100 and the Moab 240. Photo: VanMarty Photography

Herron and Walmsley named 2017 UltraRunners of the Year