The UltraRunning Magazine Podcast brings listeners in-depth conversations with elite ultrarunners, coaches, medical professionals, race directors and more who cover any and all topics in the world of ultrarunning. 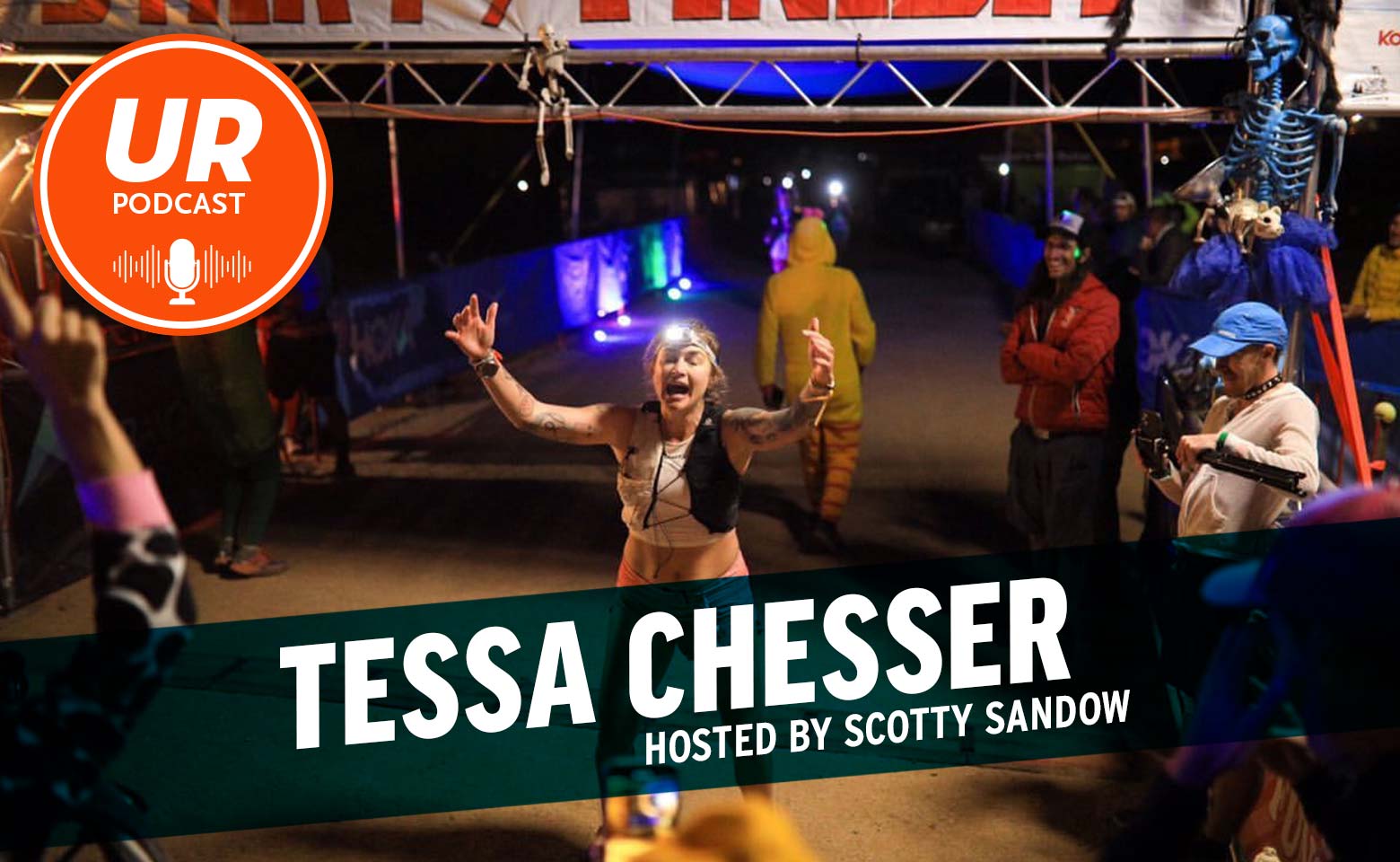 In this episode we’re joined by the extraordinary Tessa Chesser of Flagstaff, AZ who recently punched her ticket to Western States when she podium’d at Javelina Jundred in what was just her second 100-mile effort. Tessa shares a very authentic look into her life as we discuss her training, recovery, personal journey, self-care and love. 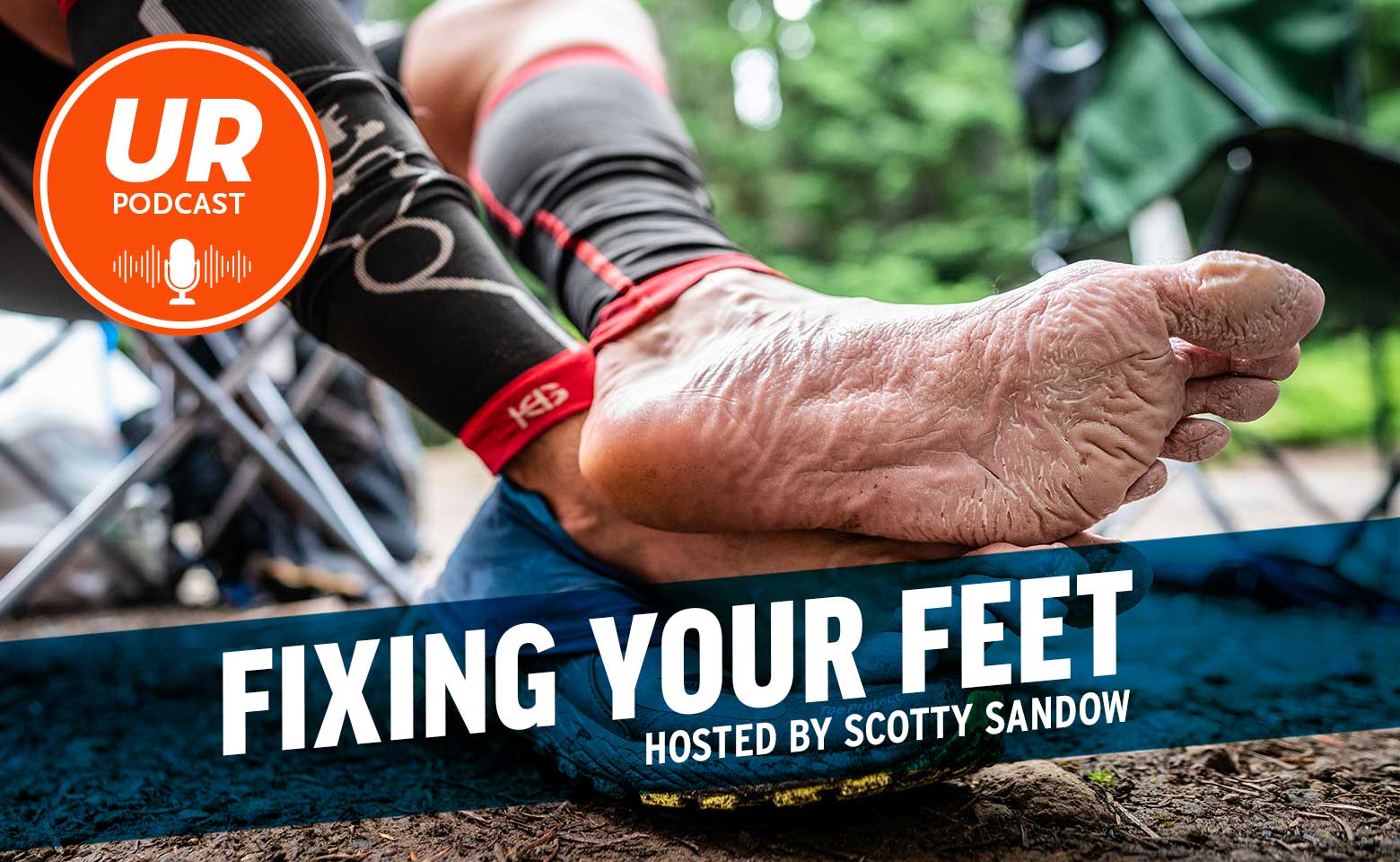 The book, Fixing Your Feet by John Vonhoff with Tonya Olson, is the ultrarunner’s definitive guide on foot care. Now in its 7th edition, John and Tonya share details about the book’s new upgrade and essential tips including shoe fit, sock selection, foot care, recovery and much more. 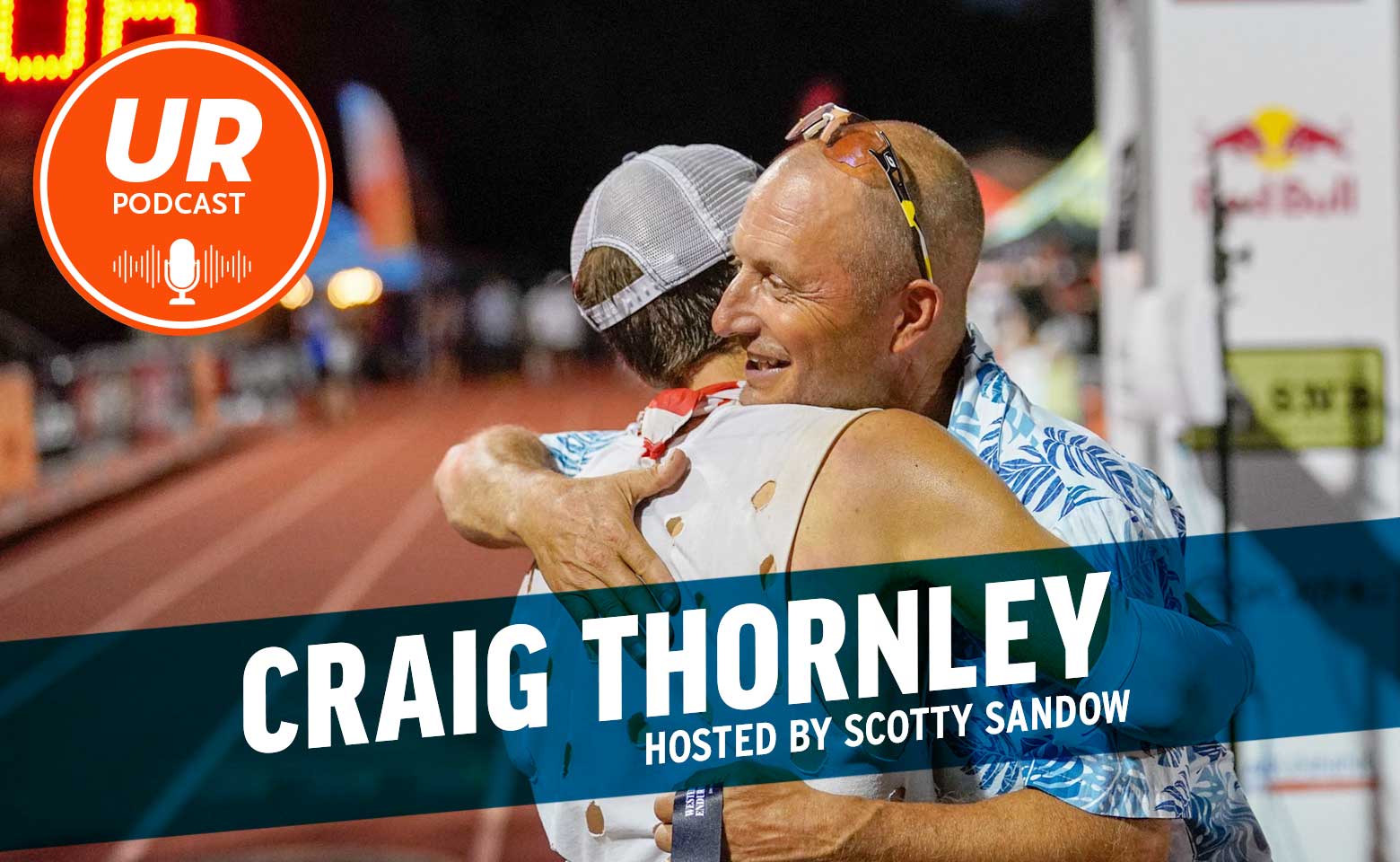 In this episode we are joined by Western States Endurance Run Race Director, Craig Thornley, for his candid take on some of this year’s tragic ultra events. Craig offers an honest perspective on mountain ultra safety and the roles and responsibilities of race organizers and runners. 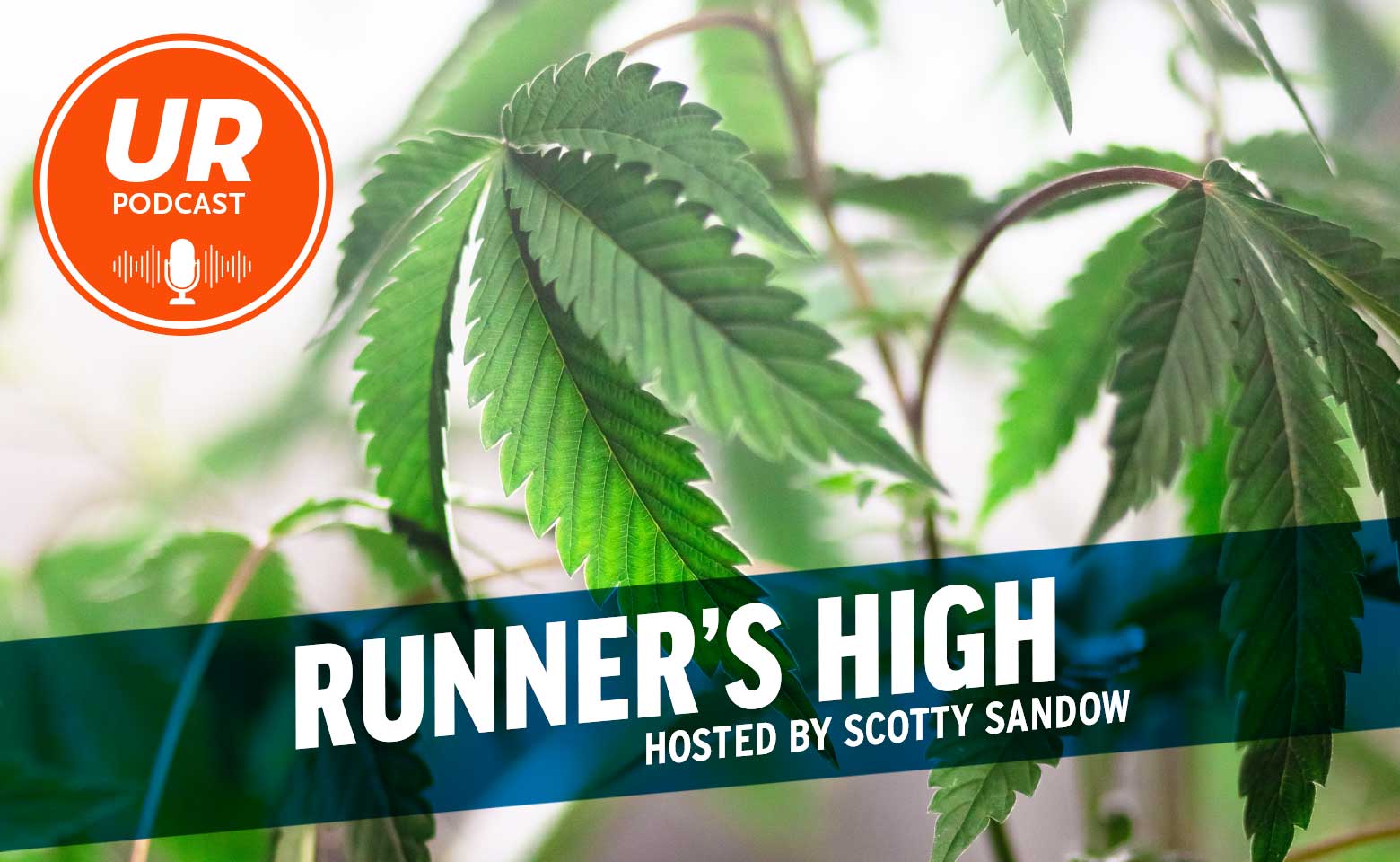 Scotty talks with Josiah Hesse who is an avid runner, freelance journalist and author of a new book titled, Runner’s High: How a Movement of Cannabis-Fueled Athletes is Changing the Science of Sports. 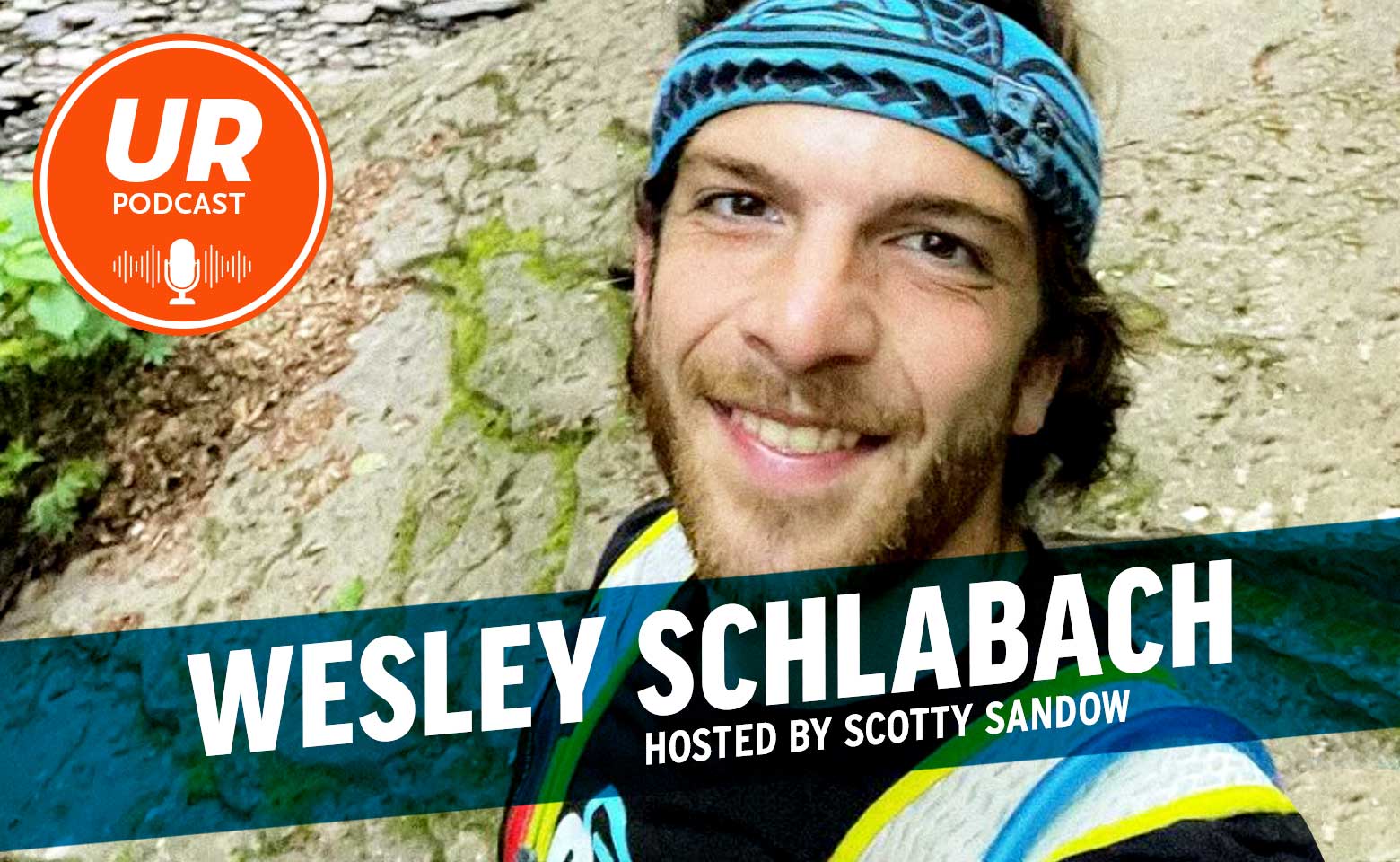 In this episode, we roll out our very first “My First Hundo” episode with Wesley Schlabach. Wesley recently ran the Tuscazoar 100 in Ohio. Wesley’s story features his weight-loss journey, positive attitude and pursuit to affect positive health outcomes in others. Not to mention that his unsupported 100-mile finish is only his second ultra to date. His first ultra was a 50k back in the spring. 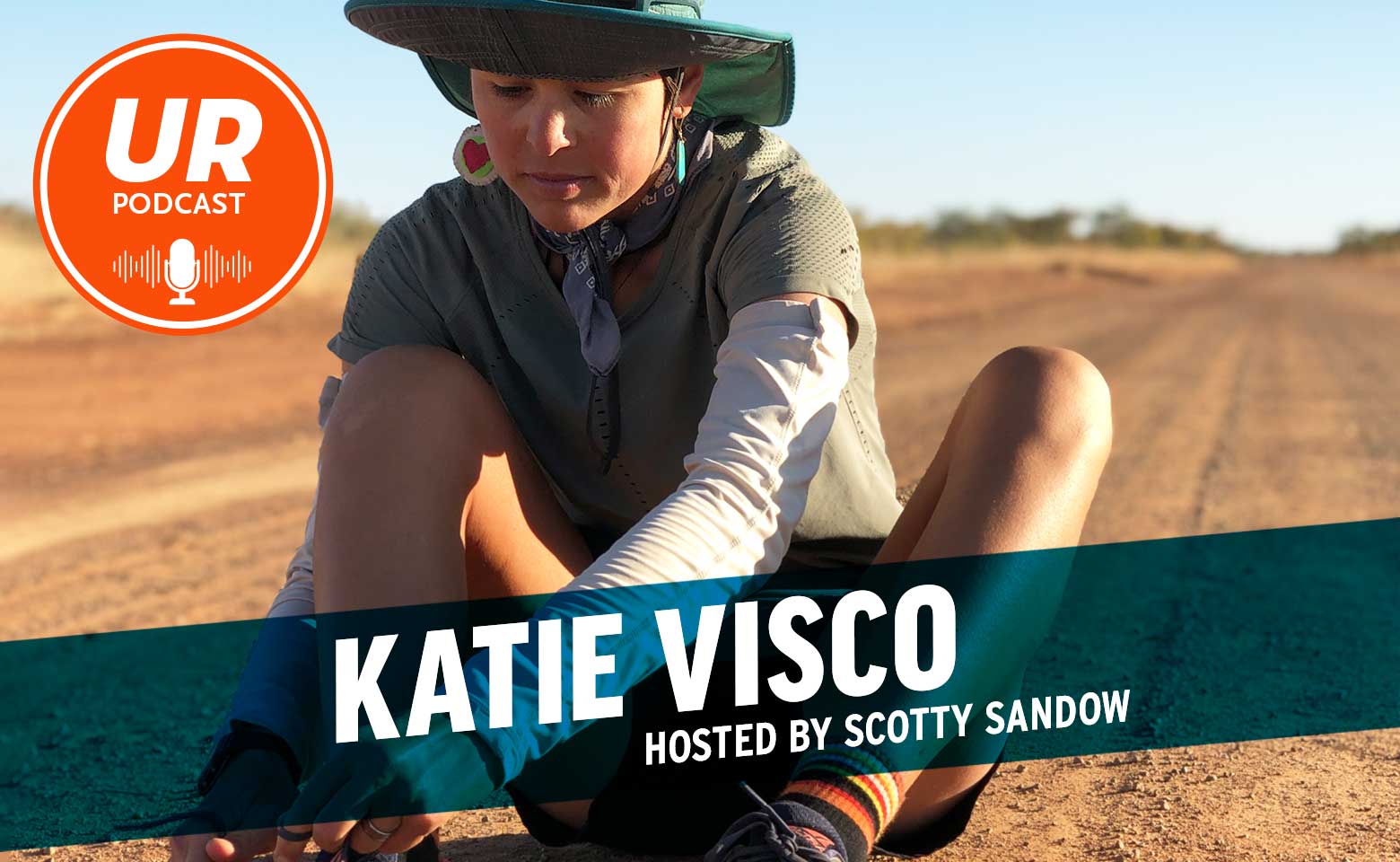 In this episode we take a trip down under to the Land of Oz and have a talk-about with the spirited Katie Visco. Katie is on a mission of self-discovery and self-love, which is interwoven into her passion for running and community. She joins the program to share her recent adventure in Australia, participating in the 1000 Miles to Light, a 1,000-mile relay race to raise awareness and funds for youth mental health services. 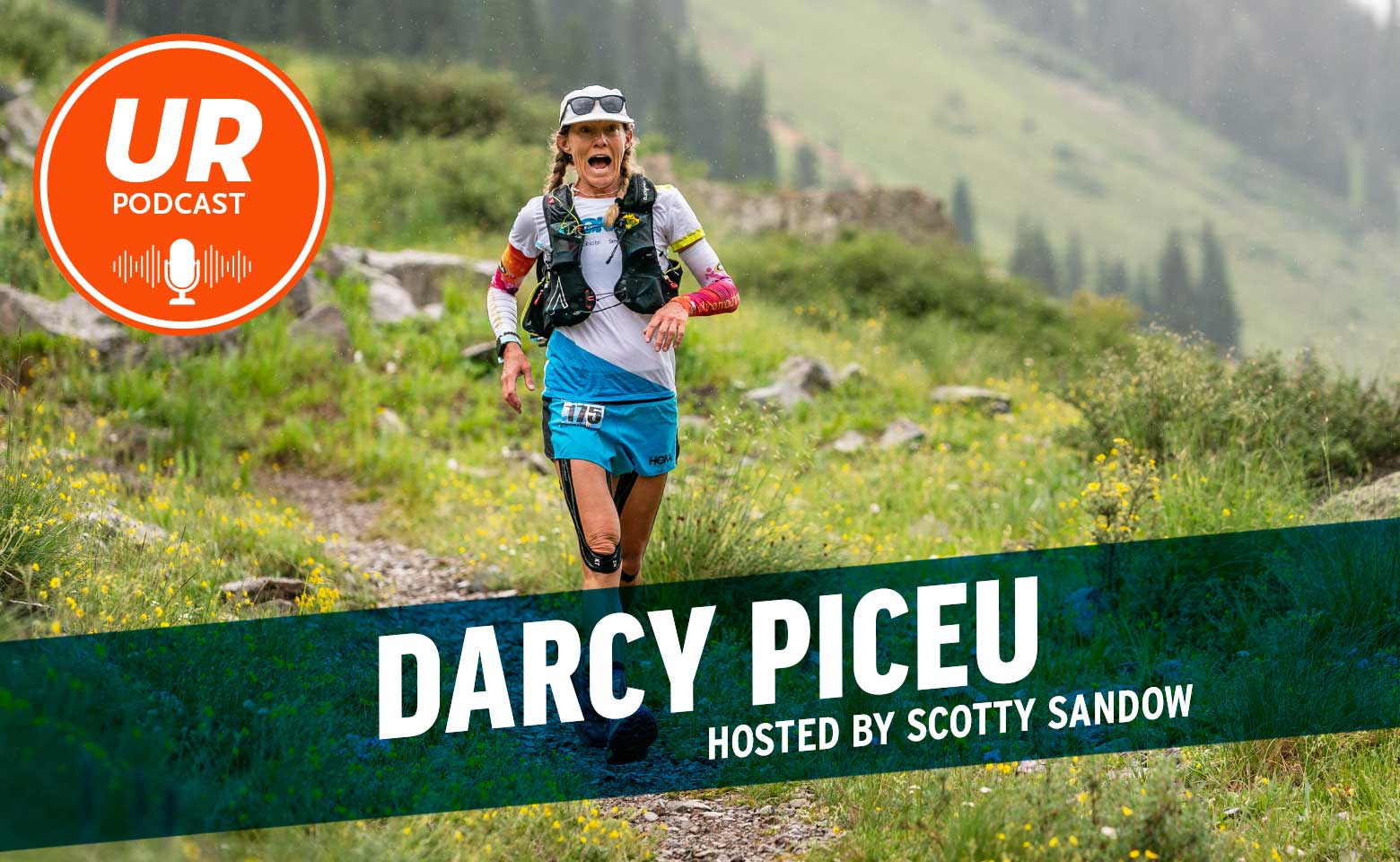 Darcy Piceu talked to Scotty and shared her experience after placing second at this year’s Hardrock 100. She also talked  about Hardrock’s new policy to get more women to the start line, practicing mindfulness and meditation, life balance and much more. UR editor Amy Clark also talked to Scotty about the August issue which includes Western States coverage, trail app reviews and more. 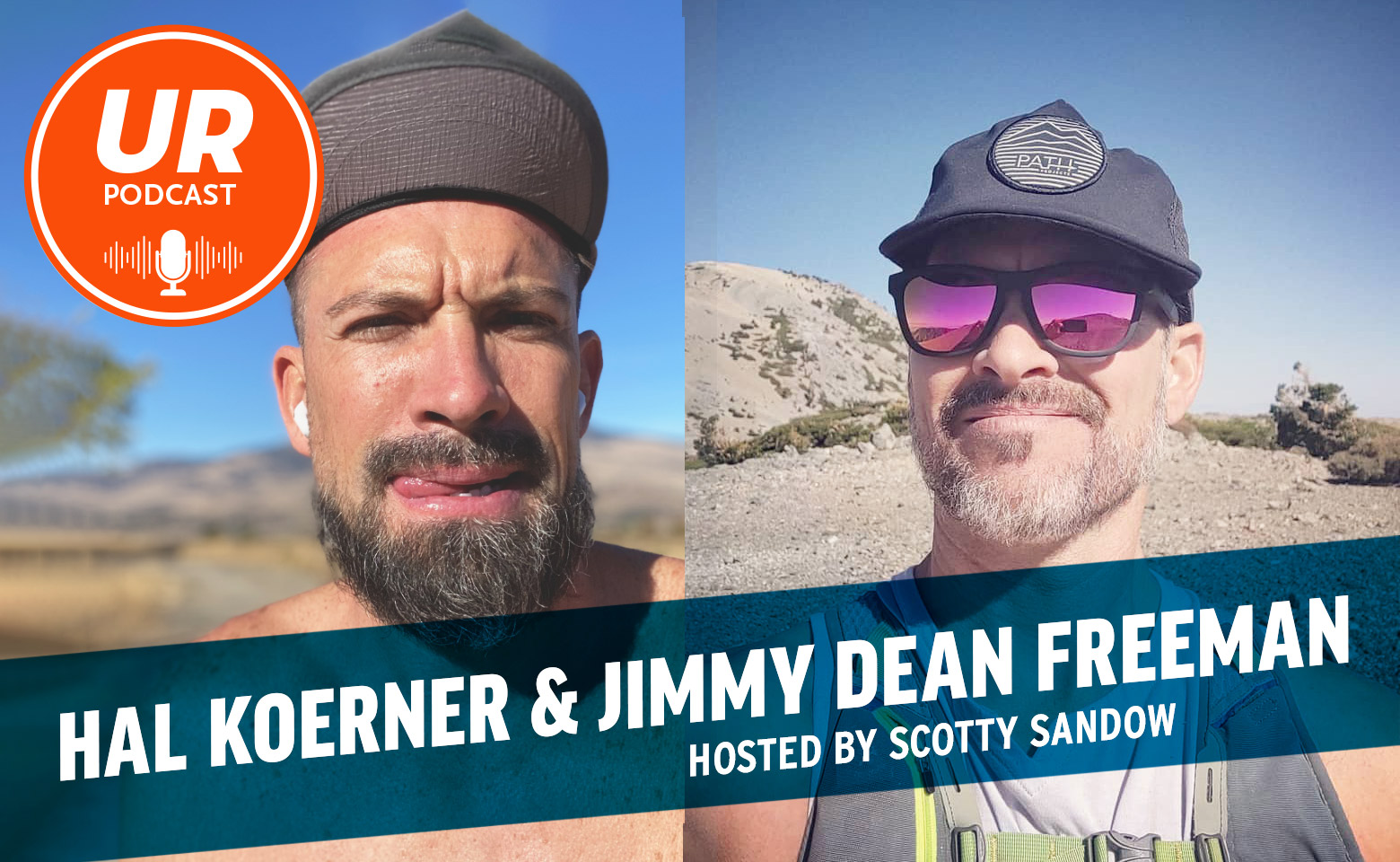 Hal Koerner and Jimmy Dean Freeman put on a master class about how to approach ultrarunning after a long break, and how to maintain fitness while upholding one of life’s most important roles: fatherhood. While their paths might be different, they are united by their passion for endurance running and raising their children. 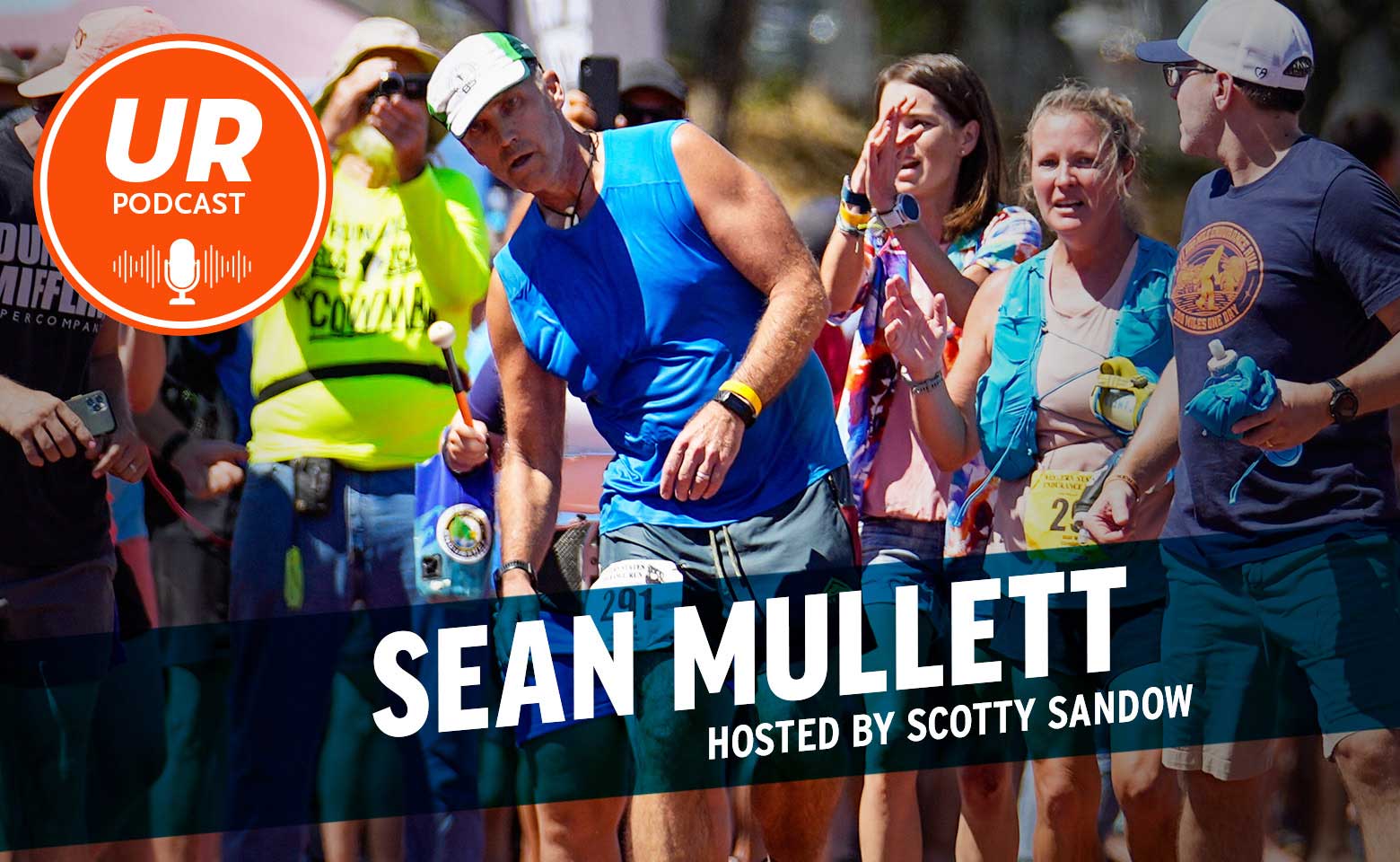 Sean Mullett was the second to last finisher at this year’s Western States 100, crossing the line in 29:58. His lap around the Placer High track was the most dramatic one of the race. Hear about his experience and what led up to his struggle during that final mile, and how he recovered at the hospital in the days after. 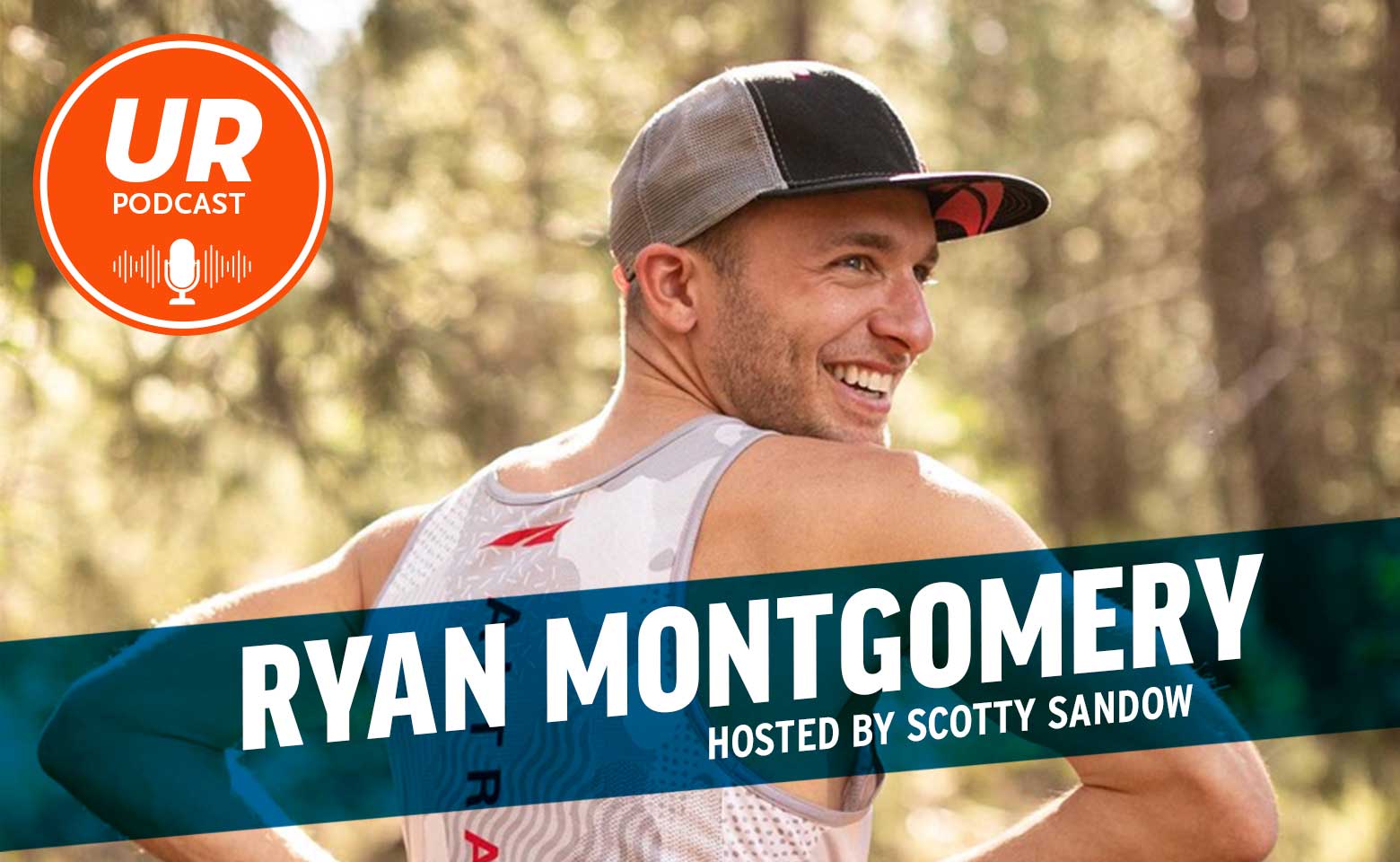 Ryan Montgomery is an openly queer ultrarunner and sat down to talk with Scotty about Pride Month and being a beacon for others. Last year he placed second at the Desert Solstice 24 hour and third in the 100-mile event. And while most of us were binge-watching Tiger King, Ryan set an unsupported FKT on the Wonderland Trail around Mt. Rainier. 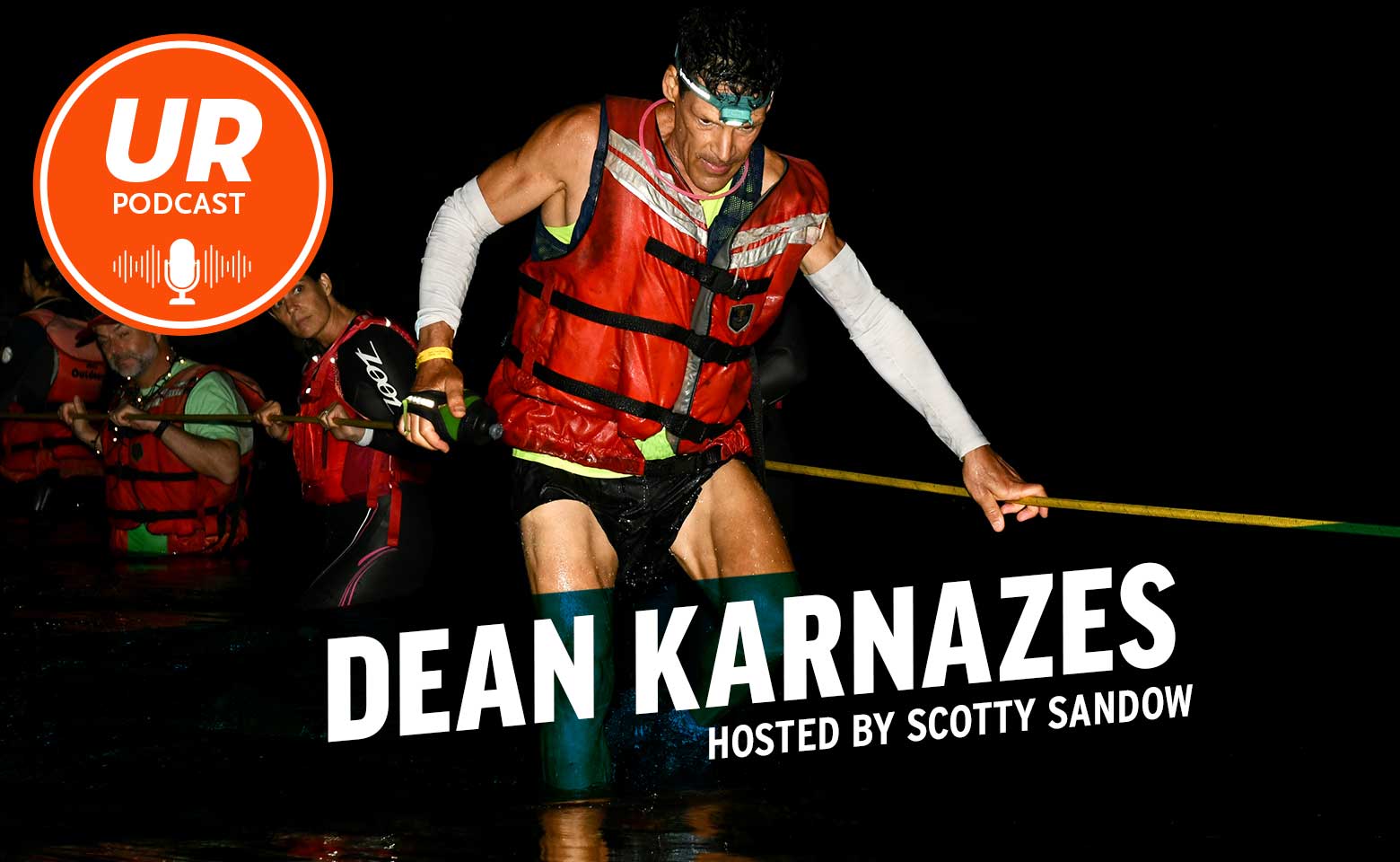 Dean Karnazes is a legend in the sport of ultrarunning, UltraRunning Magazine columnist and author of the national bestseller, Ultramarathon Man: Confessions of an All-Night Runner. His latest book, A Runner’s High, is a memoir detailing Dean’s experiences as an ultrarunner, his family life and training  for the Western States Endurance Run in 2018. 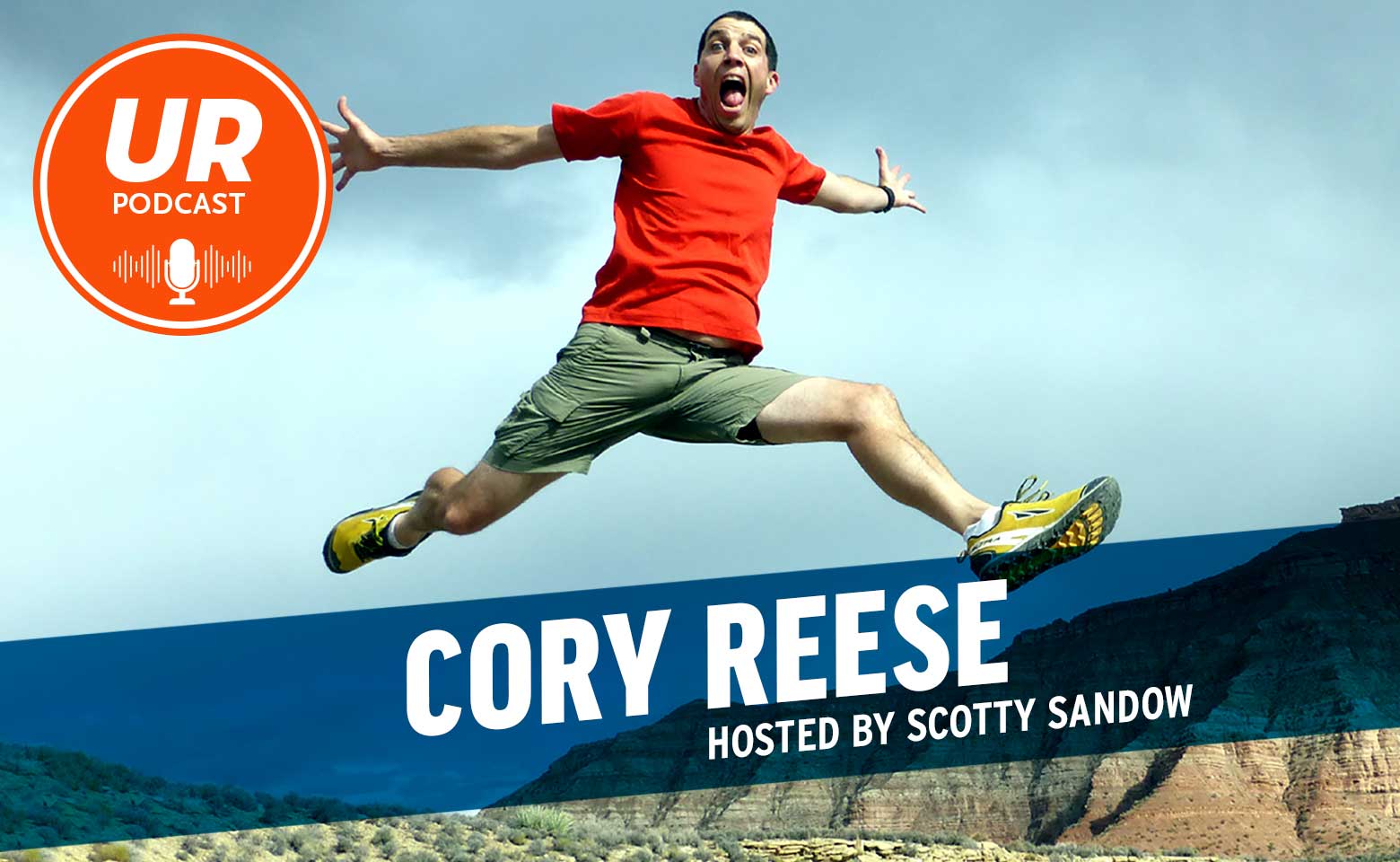 Cory Reese is an ultrarunner and well known author of two books, Nowhere Near First and Into the Furnace, as well as his column “Reese’s Pieces” in UltraRunning Magazine. His third book, Stronger Than the Dark, comes out on June 8. Scotty talked with Cory about the inspiration for his new book, including his struggle with depression. 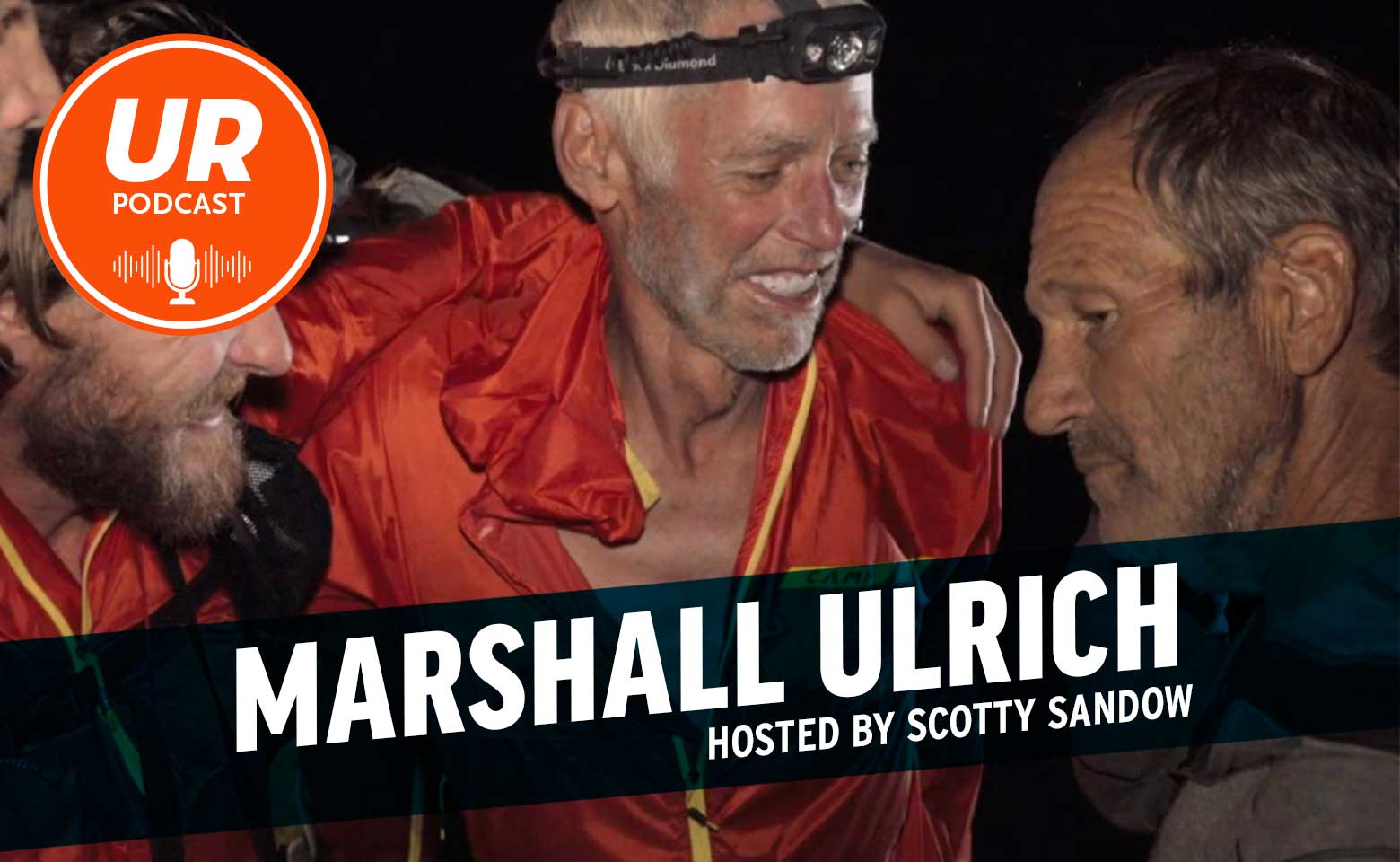 Marshall Ulrich is an endurance athlete and ultrarunning legend with over 130 ultra finishes. He recently crossed Death Valley for the 30th time on foot in February when he set out to raise money in honor of his friend and teammate, Mark Macy. Macy is a long-time friend and recently competed on Amazon’s World’s Toughest Race: Eco-Challenge Fiji with his son, Travis. Ulrich’s team, The Stray Dogs also competed alongside the Macy’s during the adventure race. Eco-Challenge Team Stray Dogs originally included both Ulrich and Macy until Macy was diagnosed with Alzheimer’s in 2018.

Ultrarunner Duane Konyn recounts his medevac rescue while running the Bigfoot 200 in 2019 in Washington state. Konyn suffered a rare but life-threatening injury after passing the 150-mile mark of the 200-mile race. He talks to Scotty about the details of his medical condition and the helicopter and medical crew that came to his rescue, not to mention his pacer who helped out when Konyn was doubled over in pain.

Have you had hallucinations while running an ultra? Scotty sat down with Van “Pigtails” Phan, Tim White, Jason Wagner and Bev Anderson-Abbs to get their personal hallucination stories which range from humorous to very scary.

Beverley Anderson-Abbs is a recent winner of the Jed Smith 50-miler in Sacramento, CA. After suffering from overtraining syndrome and briefly being unable to even walk, Bev rebounded to finish with an American and Canadian age group record.

While Tropical John’s voice can be heard announcing finishers at the Western States finish line in Auburn, he also maintains a prominent voice in the magazine. We spoke with John about his ultrarunning career, the history of the magazine, as well as his piece, “Four Decades of Ultrarunning” in the 40th anniversary special issue coming out in February.

Jeff Stern recently set the FKT on the Backbone Trail in Southern California. After most of his races were canceled this year, he completed extensive research and proper scouting on the the trail in order to go for the FKT. In this episode, we talked about his background as an athlete, what it takes to prepare, and what he learned from his first FKT attempt. Jeff is an elite ultrarunner, columnist for UR, a coach and an all-around wonderful person. Read his latest feature on Big’s Backyard in the December 2020/January 2021 issue of UltraRunning.

UR columnist Gary Cantrell (Lazarus Lake) took on an unexpected and exciting new race format this summer that ended up being one of the biggest of his career. This podcast episode began as a column and turned into a conversation about the Great Virtual Race Across Tennessee (GVRAT), Big’s Backyard and more.

Tracy Beth Høeg, MD, PhD is a sports doctor who happens to specialize in ultrarunning injuries. She is an accomplished ultrarunner herself, and continues to pursue a balance of being a working mom, wife and ultrarunner. We discuss how she found ultrarunning and became interested in studying the sport, her medical research at Western States, and how the current pandemic is affecting athletes. Dr. Høeg writes the column “Ultra Doc” for UR.

John Trent has become a fixture in the ultrarunning community on the West Coast and is one of the best storytellers in the sport. Not only has he been on the Western States board since 2004, he’s also a race director and 10-time finisher of Western States. We discuss John’s big plans for 2020 prior to COVID-19 and his incredible ability to tell people’s stories in his column, Voice of the Sport.

In our very first episode, we talk with Erika Hoagland – an amazingly talented ultrarunner and author of the column, I Am an Ultrarunner in URM. We sit down to chat about her race plans (pre-COVID), training for 100-milers while being a mom, the experience of fastpacking around Lake Tahoe on her honeymoon, and what (and where) she hopes to run in the future.