Reagan and Nagy named #10 2017 UltraRunners of the Year 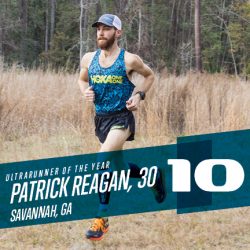 Patrick Reagan is the 10th in the voting for Ultra Runner of the Year.  Reagan, who lives in Savannah, Georgia, won the Javelina 100, breaking Zach Bitter’s course record in the process. He was second at Ultravasan, a highly competitive 90km race in Sweden, and 12th at Comrades in South Africa. Photo: Victory Sport Design 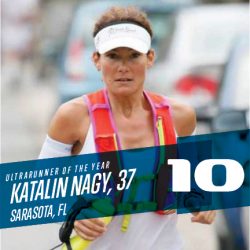 Katalin Nagy is ranked number 10 among the women in 2017. She finished third at the World 24-Hour Championships in Northern Ireland, setting an American record (since broken) in the process. She also won three races in Florida, including the Everglades 50, where she broke her own course record. Originally from Gyöngyös, Hungary, Nagy is now an American citizen and lives in Sarasota, Florida.