Browning and Gerbin named #8 2017 UltraRunners of the Year 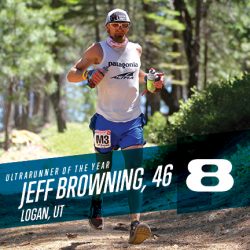 Jeff Browning is ranked number 8 for 2017. Fourth at Western States and 20th at UTMB, “Bronco Billy” doubled back to win the Bear 100. A graphic artist and running coach, he moved from Bend, Oregon to Logan, Utah during the year. Photo: John Medinger 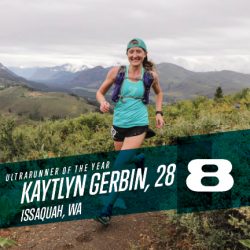 Kaytlyn Gerbin checks in at number 8 for the women. She won the Gorge Waterfalls 100K to earn a golden ticket into Western States, where she placed fourth. Later in the summer she won the Cascade Crest Classic 100. She lives in Seattle, where she works as a bio-engineer for the Allen Institute for Cell Science. Photo: Glenn Tachiyama

Slaby and Collins named #9 2017 UltraRunners of the Year

Destination Unknown: Which Way to Tahoe?