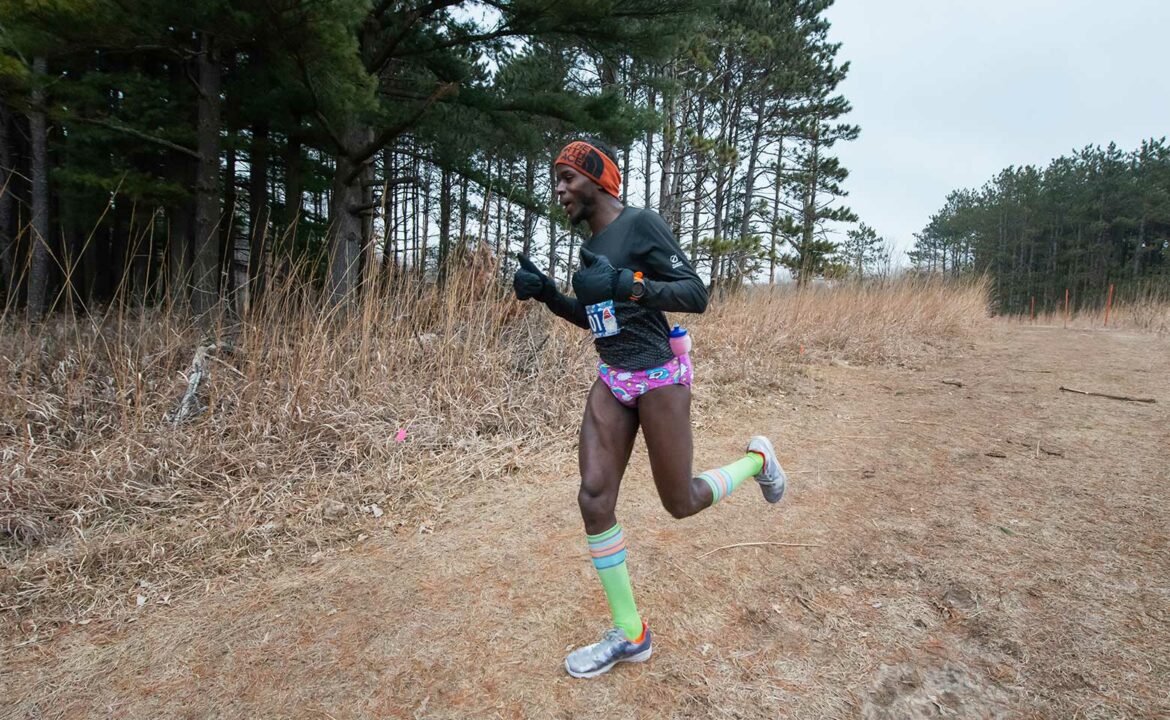 What’s Up in Ultra this Weekend – Jan. 8

The New Year arrives in a big way on our UltraRunning Calendar with the first of three 2022 Western States Golden Ticket races. The Tejas Trails Bandera 100k is on Saturday, January 8, as well as an accompanying 50k on Sunday. Unsurprisingly, the fields are loaded to the gills and the four automatic entries into June’s Western States Endurance Run should be hotly contested.

We were able to catch up with a few of the athletes expected at the front of both the women’s and men’s races earlier in the week to get a take on how they expect the race might shake out:

Sarah Biehl of Columbus, OH, finished second most recently at the JFK 50-miler last November and is poised to continue the momentum into her second year of ultrarunning. “My first full year of ultrarunning in 2021 was fun and exciting.” She continued, “I’m looking forward to kickstarting 2022 at Bandera for what will be my longest race yet. I’m excited for the chance to chase after a top spot in a competitive field of women.”

With an eighth place finish at the 2021 Canyons 100k, Taylor Nowlin of Spokane, WA, feels poised to put it all together in Texas. “With this stacked of a field, I’m just planning to hop on the bus and go to class,” she said rather jokingly. “I’ve kind of struggled with the distance in the past, but I feel good about my training block and ready to put together a strong effort, so we’ll see what happens!”

Leah Yingling of Salt Lake City, UT, finished sixth in that same Canyons race as Nowlin, and also won or placed second at six other ultras last year. She’s really excited about facing a dynamic field on Saturday. “The women’s field at Bandera is shaping up to be a great representation of the diversity in ultrarunning right now — a few athletes from the mountain West, several from the East Coast, some with blazing fast 50-mile PRs, others with stout mountain performances, some newbies and others veterans of the sport.” Yingling feels as if her training this winter could set her up for success. “My training this buildup has been pretty different from my normal approach; a lot of tempo runs, flat and fast long runs, short hill intervals and even a 5k PR! I’m looking forward to seeing how it all comes together on Saturday.”

Your 2021 Quad Dipsea Champion from Calgary, Alberta, Canada Arden Young admits training for a long winter ultra can be difficult, but is up for the challenge. “December in Canada has its challenges when it comes to training, especially for a desert 100k, but it does develop mental toughness.” She, like Yingling, is excited to race against so many talented women. “The field at Bandera is absolutely stacked with women that I really admire, so while it is super intimidating to line up with them, I’m also excited to see if I can rise up to the challenge.”

Also expected on the starting line are Addie Bracy of Denver, CO, the 2021 Run Rabbit Run 100-mile champion, and Michelle Magagna from Portage, MI, runner-up at the 2020 Bandera 100k. Megan Roche and Devon Yanko are on the start list but told UltraRunning Magazine they are not planning to be there.

On the men’s side, recent URM podcast guest Adam Merry of Golden, CO, who most recently won the Run the Rock 50-miler last November is ready for redemption in the Lone Star State.

“I’m feeling super dialed and excited to get out there. My recent race at Run the Rock 50 was a really solid confidence boost and I’m feeling really prepared for everything that course is going to deliver.”

The men’s 2021 Quad Dipsea champion, who ran the second-fastest time in course history, Rod Farvard of Mammoth Lakes, CA, is feeling the typical taper tantrums. “I feel kind of poopy, not going to lie, but it will come around. I’m just so freaking paranoid I’m about to get sick, but the fitness is there.”

The hometown favorite from nearby San Antonio, TX, Ryan Miller, who won last year’s edition in his first ultra ever said, “I’m psyched to be back on the starting line again at Bandera. After winning the race last January, the remainder of 2021 left a bitter taste in my mouth with a DNF at Western States and DNS at the JFK 50 both due to non-COVID-related sickness. This build has been consistent and I feel good about the changes we made compared to last year.” His intentions are clear. “I want redemption at States in 2022 and can’t wait to take my shot at the Golden Ticket again.”

Coming up just two places short at the last Golden Ticket race at the Javelina Jundred last October, Joe McConaughy of Seattle, WA, is hopeful of his chances. “I’m feeling good about the race and excited to stack up against some solid competition. The 100k is a nice distance – short enough to roll, but long enough to crash. Hopefully I can roll through the first half and not crash! I had a short training block leading up to Javelina so I’m hoping I’ve had a bit more time to develop into my fitness to really mix it up.”

David Hedges from Itacha, NY, won both the Ultra-Trail Harricana 125k and the Ultra Race of Champions 100k last year. “I had a really good year of racing and training in 2021 so I’m hoping to build off of that momentum at Bandera. I’m really looking forward to mixing it up with some fast dudes and giving my all down in Texas.”

Other top entrants include Jimmy Elam of Big Cottonwood, UT, who won the River of No Return Endurance Runs 108k in 2021, Austin Horn of Flagstaff, AZ, who was third at the most recent Quad Dipsea, Miguel Medina of Conroe, TX, fourth place finisher from the 2021 Bandera 100k, and Tyler Fox of Lander, WY, who was fourth at the 2021 Black Canyon Golden Ticket race.

Also on the calendar this weekend is the Frozen Gnome 50k in Crystal Lake, IL, the Sean O’Brien 50k in Malibu, CA, the Salem Lakeshore Frosty Fifty in Winston-Salem, NC, and the Bridle Trails Winter Trail Running Festival 50k in Bellevue, WA, all on Saturday, January 8.

Who are your picks for the Golden Ticket winners on Saturday? Drop them in the comments below and be sure to let us know What’s Up in Ultra in your state that we missed this week.

Tyler Fox is my pick to grab a Golden ticket. Could be a little biased though, he is my coach! Go Tyler!!!!!

Coach or not, he’s a good pick! It’s anyone’s race.

The Shippey Endurance Runs in Missouri

Keep your eye on William Kent in Bandera this weekend. Up and coming runner is my pick.

He had some great runs last year for sure!

Jon Rea! Boulder, CO. Set some course records over the last year here in Colorado. Looking to take his talents across the country!

Cheering for Adam Merry! Met him and his wife at the Sage Burner. They could not have been any kinder. I ran the short race and anxiously waited for my daughter to finish her first 50k. They chatted with me while I waited. Obviously awesome people!

I’d believe it Denise! I haven’t met him yet, but I loved his podcast with us. https://ultrarunning.com/featured/adam-merry/