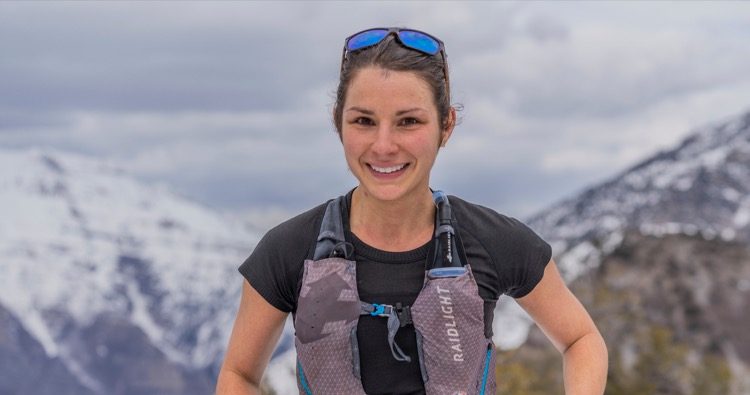 Leah Yingling at Running up for Air 2020. Photo: Jana Herzogova

Diamond in the Rough: Leah Yingling

Dressed in school uniforms, the Yingling sisters raced home from the bus stop every day to their childhood home in Johnstown, Pennsylvania, just 90 minutes east of Pittsburgh, undeterred by the constant hills.

“Our neighborhood was a hill, our street was a hill and our driveway was a hill. The local high school’s mascot was even named the Hilltoppers,” said Leah Yingling.

Clearly, there was no shortage of hills in Johnstown, but there was also no lack of competition in the Yingling family. Her earliest recollection of running is from first grade. At the time, Yingling and her twin sister were in first grade, and their two older sisters were in second and fourth grade. After school, their bus would drop them off at the bottom of their street and the four of them would redline up the hill, racing each other to their house at the top.

“I think I finished last more often than not,” Yingling said. 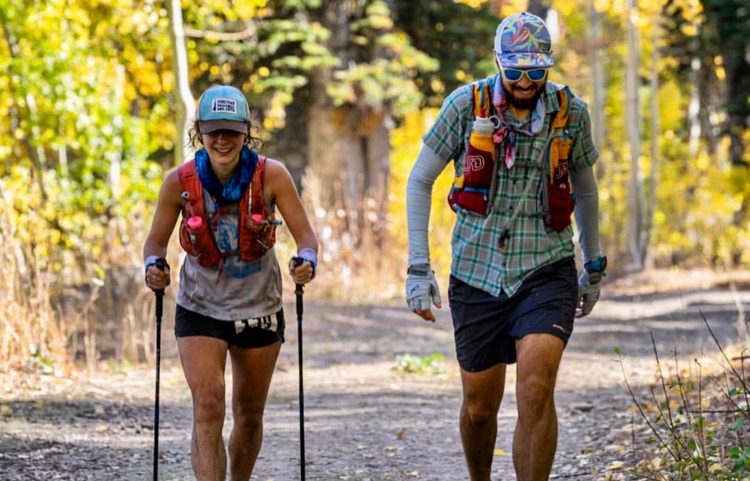 Since being introduced to ultramarathons at the end of 2015 by her husband, Mike McMonagle, Yingling has been on a streak. In just four years since she started racing ultras, she has accumulated 21 finishes at distances between 50k and 100 miles, winning 12 of them. Placing second with the eighth fastest time in course history at The Bear in 2018, her debut at the 100-mile distance is arguably her best result, but her consistency over the last few years is equally impressive.

Yingling’s journey from racing her sisters around town and cross-country courses in high school to running ultras wasn’t always a happy time. It’s one that began 10 years ago as a way to cope and manage her post traumatic stress disorder after she was attacked at knifepoint and sexually assaulted by a stranger on trails in Johnstown. She was able to break free from her assailant and contact the police, but the experience has tormented her.

“The independence and freedom that running had given me since seventh grade, was stripped away,” she says. In the years that followed, she slowly regained confidence in being alone, which is what she loved about running. “I knew that getting back on my feet and leaning into running—rather than away from it—was a step forward in my recovery.” 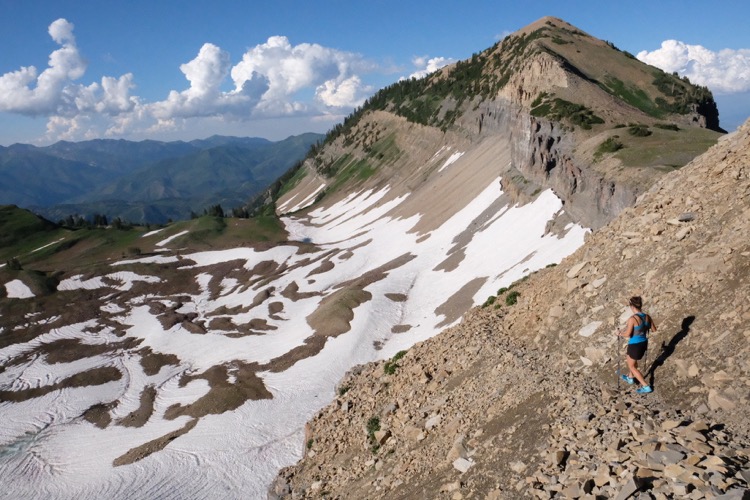 Yingling started to put in longer hours as she recovered and in 2013, ran her first marathon in Pittsburgh during her senior year at Carnegie Mellon University. She qualified and raced the Boston Marathon the following year, but bouts with shin splints and IT band syndrome after copious road miles along with a move to Washington, DC, left her looking for something new. Her older sisters had run JFK and Bighorn, and she was intrigued by ultramarathons. But living alone in the nation’s capital at the time, she struggled to find the mental energy to train alone on trails.

Yingling met McMonagle, who had already run dozens of ultramarathons, and committed to running a 50k by the end of 2015. After a third-place finish at the Belmead Trail Fest 50K in Powhatan, Virginia, the rest, as they say, is history.

Although most of her 2020 race calendar has been wiped clean by the coronavirus, Yingling’s making the most of it with fun mountain adventures out her back door in Salt Lake City. Her favorite run, concocted by McMonagle, is called Snowdance. It’s a 40-mile route with 15,000 feet of climbing and 100% single track that starts at Snowbird Resort in Little Cottonwood Canyon and finishes at Sundance Resort, and hits two waterfalls, two alpine lakes and two different 11,000 foot peaks—Hidden Peak at Snowbird, and Mt. Timpanogos above Sundance. It’s an annual run with friends started by the couple as a way to celebrate their love for the trail community and the mountains in their backyard. For Yingling, it’s also a celebration for her and McMonagle as they got engaged at mile 12 during the inaugural year. In 2019, they partnered with and raised funds for the Lauren McCluskey Foundation, an organization that honors the legacy of McCluskey, a track athlete at the University of Utah who was a victim of sexual assault. 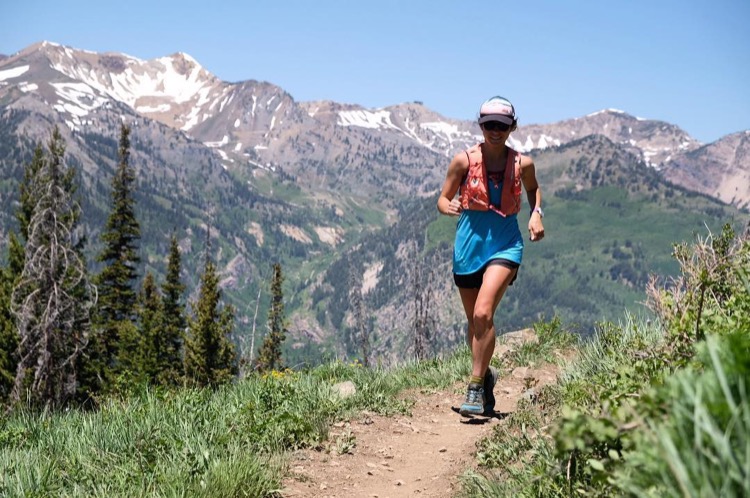 In the latter half of the year, Yingling has her sights set on her second 100-miler at Run Rabbit Run and wants to improve on her 2018 Bear performance. Although she admits she’d be fine if the race didn’t happen, she remains hopeful and ready if things move forward.

“The night before the Bear in 2018, a good friend said to me, ‘Don’t let anything bother you. That is the only rule.’ It’s such a simple statement but has such profound meaning when you apply it to both running and life. These words constantly ground me and remind me to be grateful of the ups and the downs and to recognize my privilege, in both life and running. It’s a reminder that progress is a trajectory and the process is lifelong.”

She won’t let cancellations affect the mental fortitude she has built over the last decade, and is contemplating giving the Teton Crest Trail FKT a go in late July or August if all else fails.

“A main goal of mine is to get comfortable being uncomfortable,” she says emphatically. “I’m a passive person in all aspects of life, whether that’s at work in the electrophysiology lab or at mile 48 of a 50-mile race. I settle into my happy place, fearing a blow up. But I know that real substantial growth happens in those moments of discomfort. So, this year I’m focusing on pushing myself to those difficult places.” 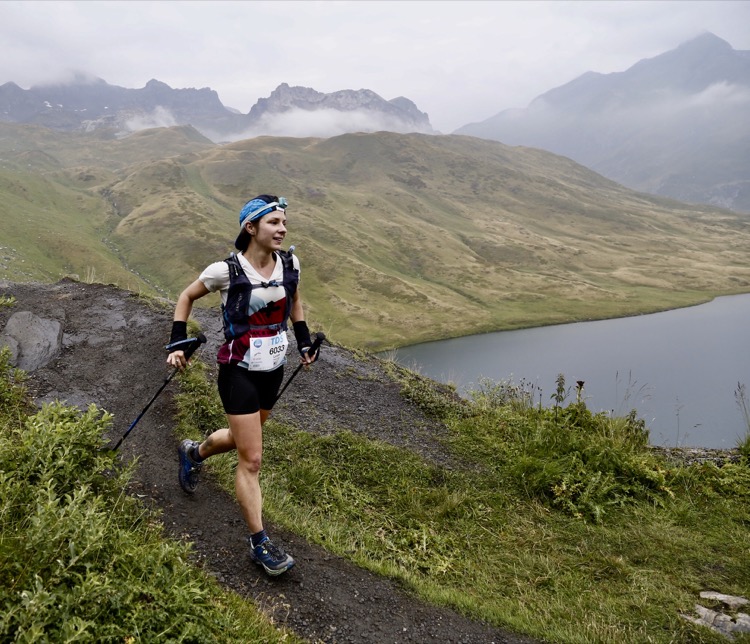 After spending her early career in cardiovascular research and now in a medical device role in electrophysiology, Yingling is grateful to have such an impressive group of female ultrarunners to look up to in the field of science and medicine, including her coach Megan Roche, Kaytlyn Gerbin and Rachel Drake. “Scientific research is grueling and defeating, over and over and over. It requires a type of resilience and focus most of us don’t possess. To me, it’s no surprise that these careers house some of the strongest, most persistent women ultrarunners you can think of.”

When events do return, she’s most excited to reconnect with her community and create some new memories, “The finish line stories, the DNF stories, the comeback stories, the PR stories, the pacing stories, the middle-of-a-100-miler you-just-became-best-friends-with-a-complete-stranger stories.”

She truly loves every aspect of ultrarunning, “Ultras are where my best stories are written.”

Thank you so much, Jeffrey, for such an awesome & inspiring story! I took up running when I was 17, after an abusive boyfriend tried to rape me. Running gave me strength, confidence, & peace; it’s a great way to either problem-solve, zone out when overwhelmed, or have an accessible outlet for anger, grief, & anxiety. What really amazed me is how Leah was attacked while running, & yet she knew running was what she needed to move forward. I am so glad that Leah met such a wonderful, supportive husband, & that she is excelling at something she loves. I live in the East Bay, & even though I haven’t run it (yet), I have heard of the [Walt Stack] Dipsea, Double Dipsea, & Quad Dipsea. Congrats on your Triple Crown, & keep encouraging others through your stories of people who have conquered their challenges!

Thanks for the kind words Tania, so greatly appreciated! I’m so happy you found running and it’s been such a positive force in your life. Hope to see you at a Dipsea event in 2021!

Well….she clearly has a Yingling heart and determination. What a wonderful story and thanks to all for sharing. Wayne Yingling Atlanta GA