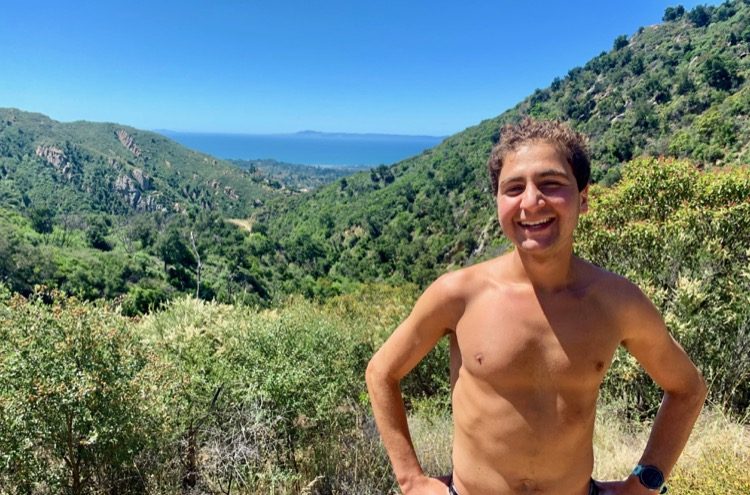 Rod all smiles during a training run in the mountains above Santa Barbara. Photo courtesy of Rod Farvard.

A Diamond in the Rough: Rod Farvard

When Rod Farvard crossed the finish line last fall at the Cuyamaca 100K in Julian, California, not only had he just finished his first 100k (his third ultramarathon), won the race and set a new course record in the process, but he thought he’d just punched his ticket to the 2019 Western States Endurance Run. Quite literally a dream come true for this 23-year-old from San Francisco.

“I watched a YouTube film last summer on Western States and cried.” Rod said in a recent interview. “I decided I needed to run that race even though I had no ultrarunning experience and was still deep in the triathlon racing scene. I signed up for Cuyamaca just minutes after the video ended thinking that all I had to do was win or get second and I would gain entry into Western States.”

“At the time, I didn’t understand that Western States Qualifier and Golden Ticket Race were two different things,” he said with bashful grin spreading across his face. After getting into Cuyamaca off the waitlist, he had only a month to train. “The race went well for me and I realized I’ve never enjoyed racing more than I did on that day. Everything about the atmosphere, community, being immersed in nature in a new place and the extreme challenge, had me instantly addicted.”

Since that race day last October, it’s fair to say Farvard has been on an absolute ultrarunning tear. He won the Santa Barbara Red Rock 40-miler in a new CR last December, and then set his winter training sights solely on snagging a Golden Ticket at the Black Canyon 100K this past February.

Although he didn’t achieve his goal, he ran courageously at the front all day and finished a respectable fifth place in 8:25:01.

“Black Canyon was an incredible sufferfest of an experience, and I was so honored to share the trail with some real legends in the ultra world. Despite not achieving my ultimate goal, it was an epic weekend in the desert with some seriously awesome people.” 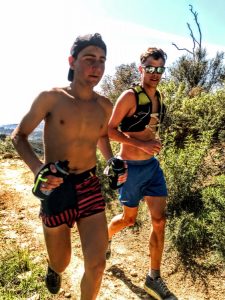 Just five weeks later, Farvard lined up at the Santa Barbara Nine Trails (SB9T) and although he wasn’t listed as a pre-race favorite, he knew he could compete. Which is just what he did. Rod ran the fifth fastest time ever and came in fourth place behind only Kris Brown, Jared Hazen and Jim Walmsely (who set the new CR that day).

As a relative newcomer onto the ultrarunning scene, Farvard attributes much of his success to his close knit friends and family.

“I started running in high school, mainly to get in shape for basketball season. I didn’t know anyone on the cross-country team because all my friends played ball sports. I didn’t even end up making the basketball team that winter, but luckily, I made some of the closest friends I could ever imagine, many of whom are still my best friends today, on cross-country. I kept coming back to practice each day, not because I loved running so much then, but because I loved the people surrounding me.”

After graduation from high school in Moraga, California, Farvard attended college down the coast in sunny Santa Barbara. He quickly assimilated into the competitive triathlon scene in town which helped build his endurance engine.

Farvard said training for triathlons taught him “how to block out distractions, only focus on myself and grind for hours upon hours.”

Heading into the longest race of his life last month at the Kodiak 100 in Big Bear Lake, CA, Farvard leaned on some advice from his father who once said, “Finish what you start.” Only a quarter into the race, his morale was low and the thought of running another 75 miles seemed unfathomable, but he carried on. 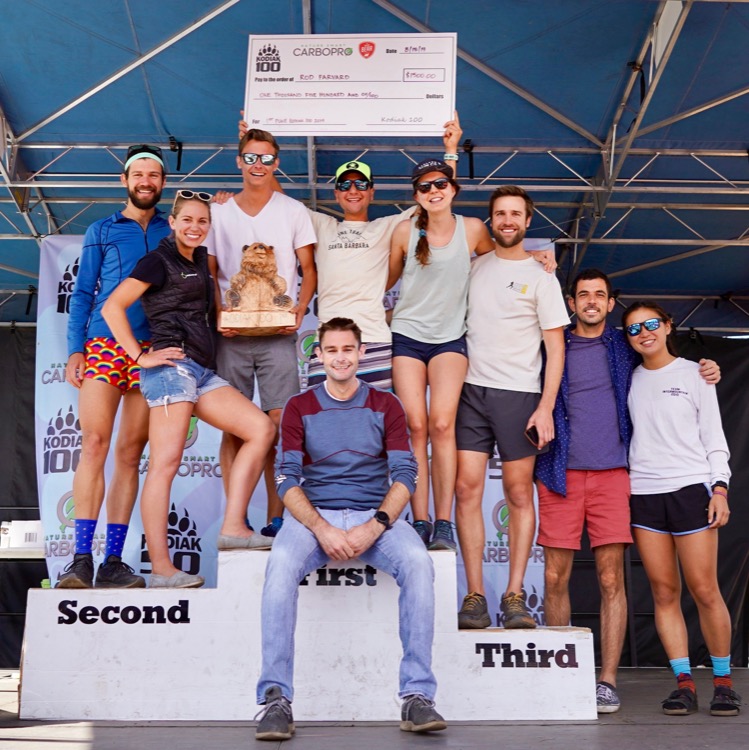 “Those four words from my Dad pulse through my brain every race. Why, if you are physically able, would you ever stop something you want to do? I signed up for the race on my own free will – no one forced me. It makes zero sense to not finish what I start. I apply this to everything in my life. It’s a big part of who I am.”

He didn’t just finish what he started in his first 100-miler; in classic Farvard fashion, he won and set a new CR by nearly 30 minutes.

Farvard credits much of his early ultrarunning success to his triathlon coach, Matthew Ison. “I think the most important thing Matt taught me is how to race fearlessly. I don’t hold anything back at the start. There’s always a chance I can blow up big, but when I can hold on for a huge result, it makes it a worthwhile strategy.” Cleary, it works out more often than not.