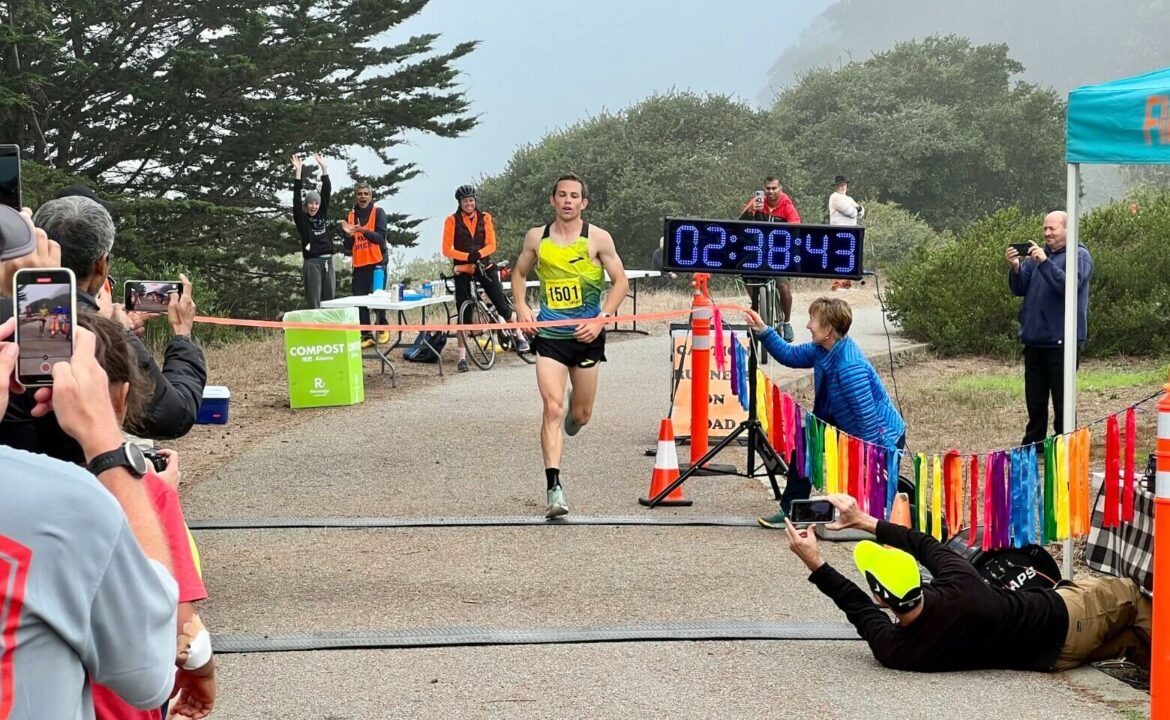 We have another incredible weekend of racing to cover in this week’s Ultra Weekend Recap coming on the heels of our What’s Up In Ultra. We know we missed a bunch of races, so help us out and drop a note in the comment with links to results from other ultramarathons this past weekend—thanks in advance.

In San Francisco at the 35th Annual Ruth Anderson Memorial Endurance Runs, CJ Albertson called his shot and set a new 50k World Record in 2 hours, 38 minutes and 43 seconds. CJ took 90 seconds off the previous mark. Fermin Villagran of Chandler, Arizona, ran the second fastest American 50k of 2022 in his first career ultramarathon to take second in 2 hours, 55 minutes and 20 seconds, and yours truly ran 3 hours, 22 minutes and 2 seconds to round out the podium. Both Albertson and Villagran ran under the course record held by Ian Sharman since 2011. On the women’s side, Verity Breen of Nicasio, California, ran 4 hours and 3 seconds to take the win in the second-fastest time ever recorded on the course, while Orly Liba from Palo Alto, California, came in second at 4 hours, 50 minutes and 33 seconds. Louise Stephens, out of San Francisco, was right behind her in 4 hours, 51 minutes and 8 seconds.

In the 50-mile race, Chikara Omine from Sacramento, California, set a new 40+ American Record and course record in 5 hours, 5 minutes and 41 seconds. Karl Schnaitter from Santa Cruz, California, was second in the eighth-fastest time ever of 6 hours, 1 minute and 15 seconds, and James Scanlan of San Francisco, rounded out the podium in 6 hours, 13 minutes and 34 seconds. In the women’s race, Thia Angelo from Alameda, California, smashed the course record by nearly 30 minutes, running 6 hours, 36 minutes and 47 seconds. Sunduk Kim of Orinda, California, was the runner-up in 7 hours and 28 minutes, the fourth-fastest time the course has seen, and Lisa Vagge of Henderson, Nevada, took third in 10 hours, 14 minutes and 59 seconds (all records still to be confirmed and ratified by the IAU).

An UltraRunning reader gave us a heads up about a fast Canal Corridor 100 in Akron, Ohio, that was won by Caleb Bowen of Huntington, West Virginia, in the fastest 100-mile time of 2022 thus far, 12 hours, 40 minutes and 43 seconds, just 70 seconds ahead of Jacob Moss from Charleston, South Carolina, who finished in 12 hours, 41 minutes and 53 seconds. Jim Sweeny from Albany, New York, took third in 14 hours, 57 minutes and 13 seconds. Annie Pentaleri of Jacksonville, Florida, won the women’s race in 17 hours, 35 minutes and 30 seconds, with Aneta Pavlova of St. Charles, Missouri, in second at 17 hours, 51 minutes and 30 seconds, and Jess Mullen of Seattle, Washington, in third with a time of 19 hours, 21 minutes and 5 seconds. Full results here.

If you raced this weekend, how did it go? Drop a comment below with a recap and link to results if you have them handy. Are you racing this upcoming weekend? Let us know so we can include it in our What’s Up In Ultra column on Wednesday.

Hey Jeff – Great recap! The Indiana Trail 100 also took place this weekend at Chain O Lakes State Park in Albion, Indiana. Shea Aquilano won the women’s race in a smoking 16:03, just minutes behind the first place make. This broke the course record by over an hour and was the fastest debut 100 of 2022! Be on the lookout for this young gun!

Thanks for letting us know Taylor and great job on your top 5 result, too! Full results here: https://runsignup.com/Race/Results/20140#resultSetId-347359;perpage:100

Wow, looks like you are doing a real thorough job here, I’ll be back!

Thanks John, we appreciate your support!

I also ran the IT race this past weekend (50-miler). We had a husband and wife both win the 50 mile races! What a great event! A gem in the ultra world.

Wow, that’s a fast family Matt! Thanks for letting us know.