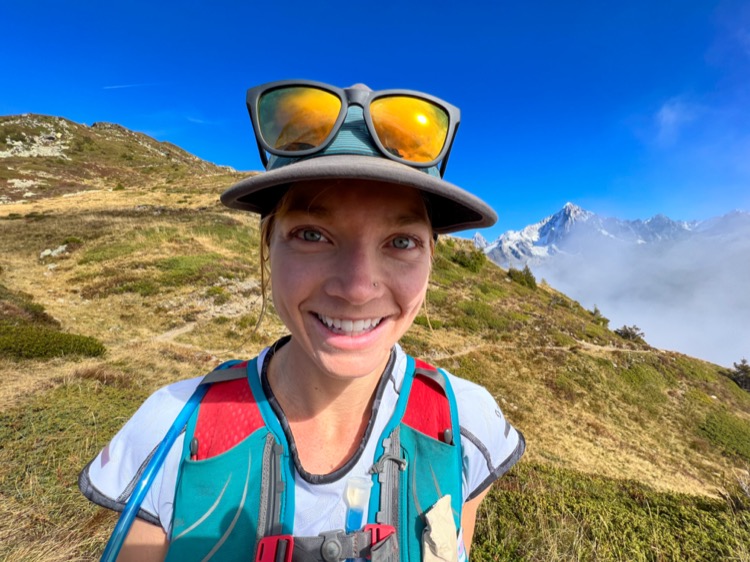 Jazmine Lowther enjoying the sights and sounds in Chamonix in 2021. Photo: Nick Waggoner

Diamond in the Rough: Jazmine Lowther

In just her fifth ultramarathon to date, Jazmine Lowther of Nelson, British Columbia, delivered a surprising wire-to-wire win at the recent Canyons 100k. Not surprisingly, just five weeks earlier, she ran in the lead at the Chuckanut 50k and held on for third place just a few minutes back from elite athletes in the sport, Ladia Albertson-Junkans and Kimber Mattox.

“Some of the girls were like, ‘Who are you?’ I totally dark-horsed them and showed up for Canada, which was kind of cool,” said Lowther leading up to the final Golden Ticket race in Auburn, California. 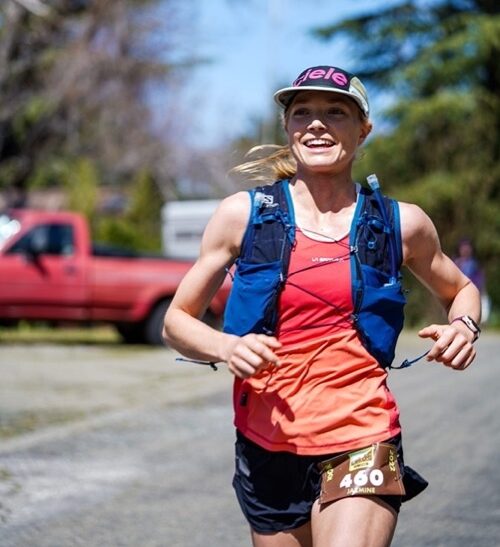 The first ultra of her career was at the 2019 Tackle the Toad 50k put on by fellow West Kootenay runner Dave Stevens, where she finished in third overall and was the women’s champ. Predominantly a rock climber and an alpinist, she pondered what she could do in ultrarunning if she focused more. “I wondered what would happen if I actually trained, so I picked up a coach. (Dave) Stevens opened my eyes with how to train properly.” It inspired her to dive into learning more about the sport and set her up to advance quickly.

It wasn’t until July 2021 that Lowther finally got a chance to test her mettle against some competition at the Sinister 7 50-miler in the neighboring province of Alberta. She battled it out with the experienced Arden Young of Calgary, narrowly missing the win. Young outsprinted Lowther to take the title by just 14 seconds after 8-plus hours of racing. 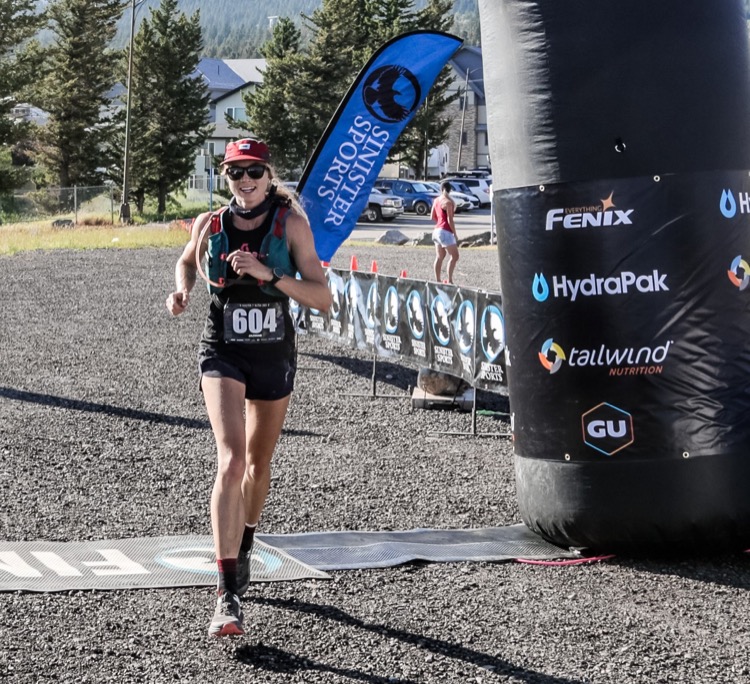 While Lowther only recently started truly focusing her attention on longer ultras, her affinity for running has persisted since grade school cross-country. “I just had a natural ability for running,” she recalled. “I was already super competitive at that age and never lost a single race, except for one.” She laughed as she expanded, “That one is definitely burned into my memory bank.” In a mid-race distraction, her shoelaces became untied and she stopped to re-tie them, getting passed and never regaining the lead. She remembers the endless tears she shed after her finish.

More recently, a tough event left the happy-go-lucky Lowther actually thankful for the bumps along the road. She hopped into her first 100-miler, the Run Rabbit Run in September of 2021, and while her training was good leading up to the race, she got sick a few days before the start. “It was a little bit of a shame to wake up on race day and not feel 100%.” But she was already in Colorado, so she decided to race anyway.

It was a hot day and she really struggled getting enough fuel. “The first 50k felt like the worst 50k I’ve ever run.” Even getting to the half-way point, she was really close to dropping out. A good pep talk with her crew rallied her energy and she pushed on.

She teamed up with Christian Arguello of Boulder, Colorado, and started feeling good into the night, getting more food and running the best miles of her race. Once daylight hit, her hip seized up and she hobbled in the last 40k, but felt good about overcoming the adversity. “I learned so much in my first 100-miler, and am so grateful to have finished. A high note with lots of learning,” she surmised. The eighth-place finish amongst some of the best in North America left her wanting more.

Running has always been a constant in Lowther’s life, even when other pursuits grabbed her attention. “It just feels like home to me,” she said. “My mom was super supportive early on, biking with me from my childhood home.” 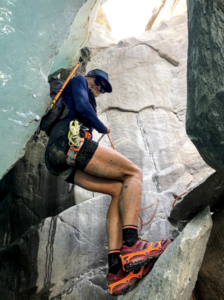 Mixing up her adventures in the Macbeth Icefield.
Photo: Nick Waggoner

Now she realizes the practicality of blending the many skills she’s acquired over the last few years. “With ultrarunning I’ve seen so much possibility for progress.” She also enjoys having the climbing, mountaineering and skiing skills in her back pocket.

This past winter, with more days spent on the mountains and strapped into her skis, she’s made big progress with her aerobic development. “With the endurance, now I’m able to do some pretty big ski days, opening up more doors in that arena and beyond.”

“I look at a lot of the Europeans and it makes me feel hopeful that skiing does count for something. I think it’s a really great endurance builder without the impact of running. You’re in that lower gear, fuel-burning zone and can walk away the next day feeling pretty good.”

Fast forward to the Canyons 100k on the Western States course, and Lowther is clearly no longer a dark horse. She won the race and set the course record by one second over the 2021 Western States Champion Beth Pascall.

“Strong, fierce competition brings out the best in me. At the end of the race, you’re just super grateful and inspired to see all these great athletes come and perform,” Lowther said.

Her future has definitely been on her mind a lot; she just turned 30, she’d like to start a family at some point, and wants to do UTMB in the next few years. “It feels like things are coming together right now and all these opportunities are opening some doors. I’m really curious to see how it all unfolds.”

When asked about her momentous win, she said, “It felt like a surreal dream that took some major convincing from bystanders that I really was the first female. Once it hit me, all engines turned on and all I wanted was to make a gap. The fire is stoked. I’m excited to carry forward this momentum to the most historic and competitive race in North America. It’s a dream coming true much sooner than I would have imagined.”

Her goals for Western States in just eight short weeks are simple, yet mature beyond her years, “Challenging myself and seeing what’s possible, making myself kind of scared, but coming out feeling really accomplished and finding that satisfaction is really valuable.”