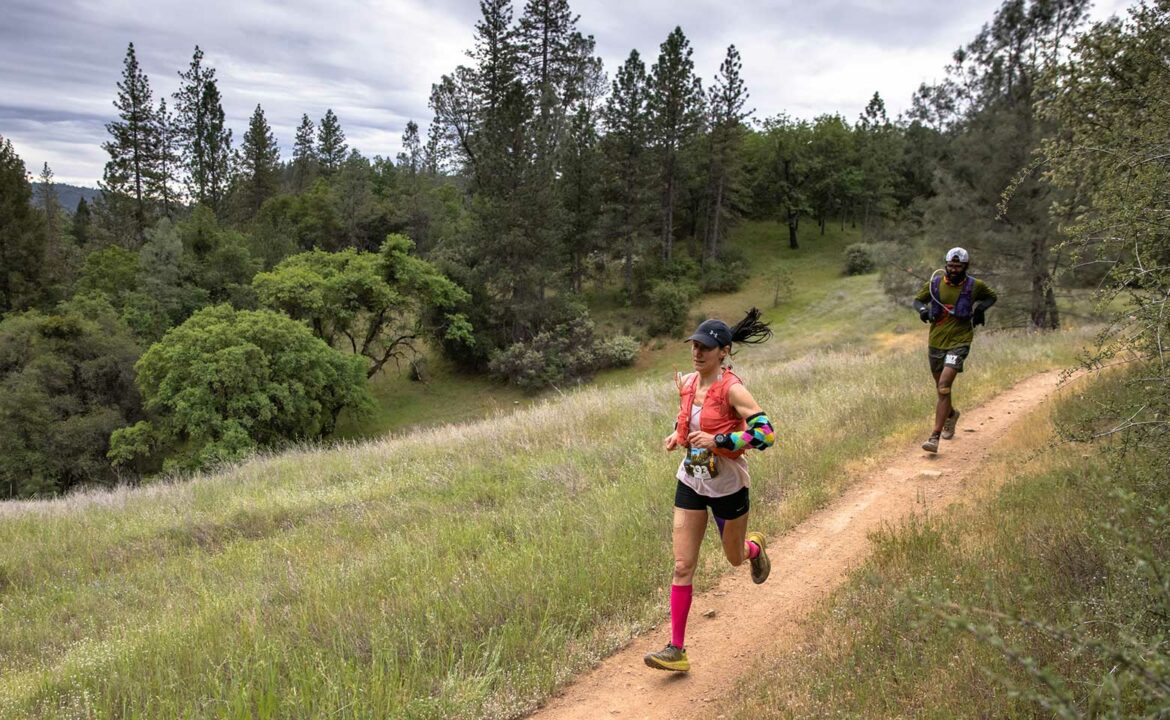 Nearly 10 years ago, Chaz Sheya was out running on the Western States Trail with his Sacramento and Auburn friends preparing for his July 100-miler, the Tahoe Rim Trail, when a light bulb went off in his head. He recalls thinking, ‘Man, this place is really freaking cool,’ and then turned to ask one of his buddies, ‘Why are there no other races out here?’

They looked at each other and said, ‘You want to do it?’ The answer was as clear as day. “The more time you get in the canyons, the better shot you have at finishing Western States,” and that’s an opportunity that Sheya felt compelled to offer his fellow runners.

It took Sheya a couple of years to do the necessary relationship building and set up plans to put an ultra in place in the steep canyons of the Western States Trail, but by 2014, they had their first permit for 125 runners to tackle a 50k course, and the Canyons Endurance Runs were born.

Having never race directed before, Sheya admitted, “We were flying by the seat of our pants, but it still worked out great.”

It was right around that time that the Western States Endurance Run board changed their qualifying standards to distances of 100k and above to get into the race’s lottery, meaning that a 50-mile race was no longer sufficient. That got Sheya’s wheels spinning again. He thought if he could put on a 50k, why not double the distance and put on a 100k race? 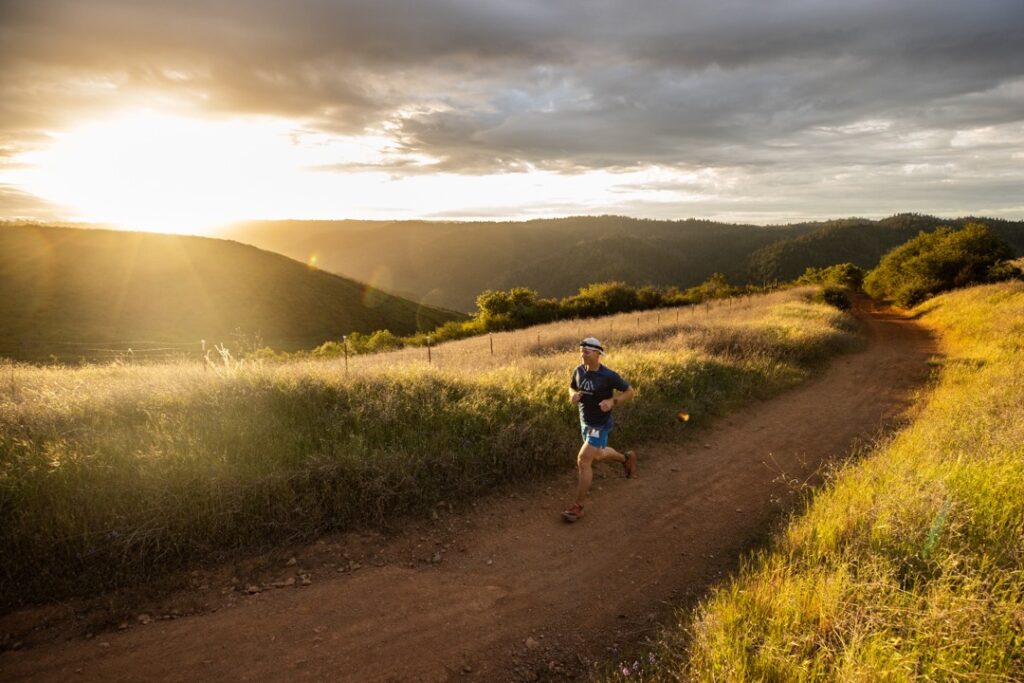 Last year, with the pandemic restrictions, the only way the Forest Service was going to approve a race was with a point-to-point course, so Sheya and his team had to pivot.

“We devised the Auburn to China Wall 100k route, and it was hugely successful,” he said. Moving the race start to Auburn and the finish to a location (China Wall) north of Foresthill was a challenge, but worth the effort. “It was a whole new game for us in terms of logistics, but the majority of the people enjoyed ‘the harder, the better’ mantra of racing nearly entirely uphill.”

The event’s momentum continued in 2021 when the field of entrants was deeper due to the fact there weren’t many spring races happening on the West Coast because of COVID.

Curtailing off of 2020’s success, Sheya had big dreams, “My team’s goal was to try and create a US-based North American, UTMB-style trail festival. What these guys are doing looks crazy good—to bring growth and change and new ideas to our sport,” he described.

That just happened to coincide with the UTMB/Ironman partnership looking to expand their reach and help drive sustainable growth. At the end of July, he was contacted by the organization to see if he was interested in turning the Canyons into a UTMB World Series race. UTMB/Ironman would own the event, but Sheya and his tight-knit team (Epic Endurance Events aka E3) would continue to manage it. They agreed and now, E3 is contracted to stay on for at least the next four years as the race management team.

“They know that triathlon is different, and their goal is to learn from us how to do trail and what trail means. And as we bring in new runners and participants to the sport, our responsibility is to teach them the ways of trails,” Sheya said about Ironman’s presence in trail and ultrarunning. 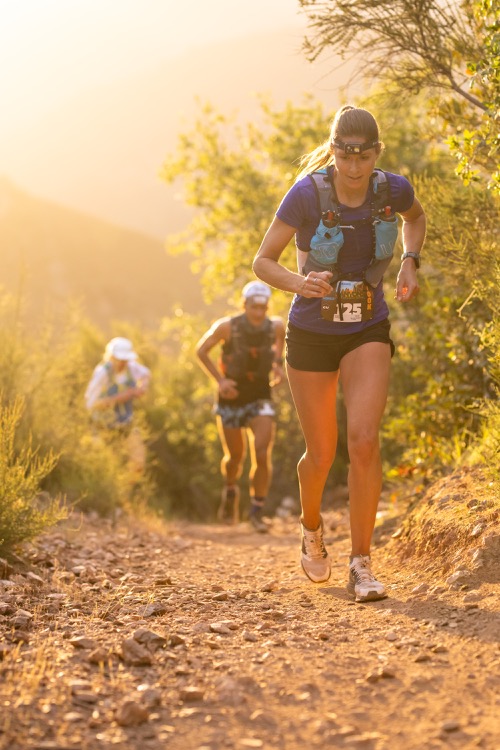 The growth of the sport of ultrarunning and Canyons Endurance Runs go hand-in-hand. Now that the races are point-to-point, they can increase their permit size and add additional events like the 50k, which they are bringing back (the distance was previously replaced by a 25k). Sheya said the hope is to drive special events that are transformative and also include more ecotourism. “People from across the globe are going to come out to Canyons, but then they’re going to stay for a week or two and they’re going to travel and see these other things.”

He also said a big part of the growth plan is keeping trail care as a top priority for generations to come. “We do 75 ‘man days’ of trail work on the Western States Trail and in the Tahoe National Forest.” Everything from general maintenance to logging out of downed trees, building retaining walls, repairing damaged water drainages that provide erosion control, fixing tread damage and more.

The Western States Trail is the birthplace of mountain 100-milers and beyond, and Sheya recognizes that history. “That’s why we created Canyons,” he said. “To give people the opportunity to safely experience those canyons. That’s our goal. This is one of the special places on the trail running map. Auburn is dubbed the ‘Endurance Capital of the World’ in this mountain trail ultra scene.”

Additional international support will help elevate the race and provide the city of Auburn with funds to support the community. “We’re very excited. We’re working diligently, putting all these plans and teams in place and working with all the permitting agencies at this time to get approvals and do things the right way.”

The objective is that the community gets on board and wants to showcase what Auburn has to offer. “Hopefully, over time we can create that coming together to celebrate trail running from all sides, not just the runners.”

“The entire world and especially, Americans, are watching with a very discerning eye. We’re doing everything we can to make this better than people can expect,” said Sheya.

Logistics and support are being elevated. Evacuation routes, helicopter landing zones, multiple layers of communications, even timing devices that include potential GPS tracking for runners. “It’s definitely world class and on par with what they’re doing at UTMB. We’ve got a great team, tons of support and while it’s a heavy lift, it’s a welcomed aspect of elevating our event to the new standards. Whatever happens, we’re prepared,” Sheya said. 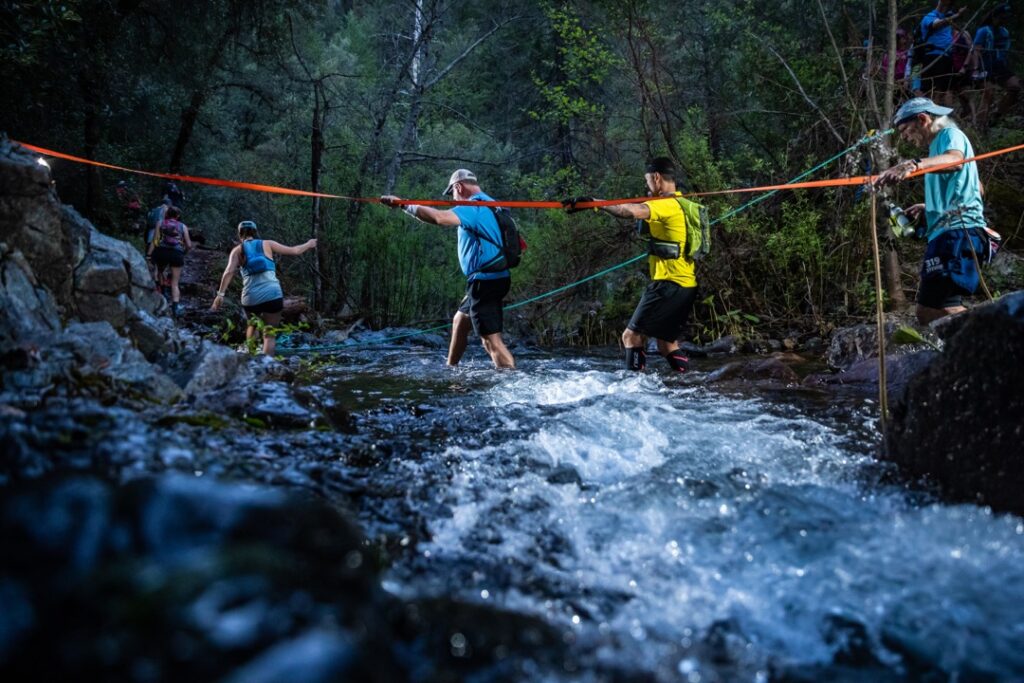 Still, he wants to stay true to his ultrarunning roots. “When I was contacted by the founding fathers of our sport here in Northern California, they said, ‘We know this change is coming, and we feel like your event and your team is capable of growing the sport responsibly and staying true to our core founding principles.’ Respect the land and the others using it, authenticity of oneself and fair play amongst competitors.

“I made a promise that we would,” he paused. “It comes with a whole kind of responsibility. We get to shape the future of our sport and these types of events going forward. And we can educate all the people coming into our sport.”

“With that responsibility comes a great opportunity to push the sport forward because change is inevitable, but as long as we’re in charge of that change, control of that change and stay true to our core founding principles, we feel good for the future.”