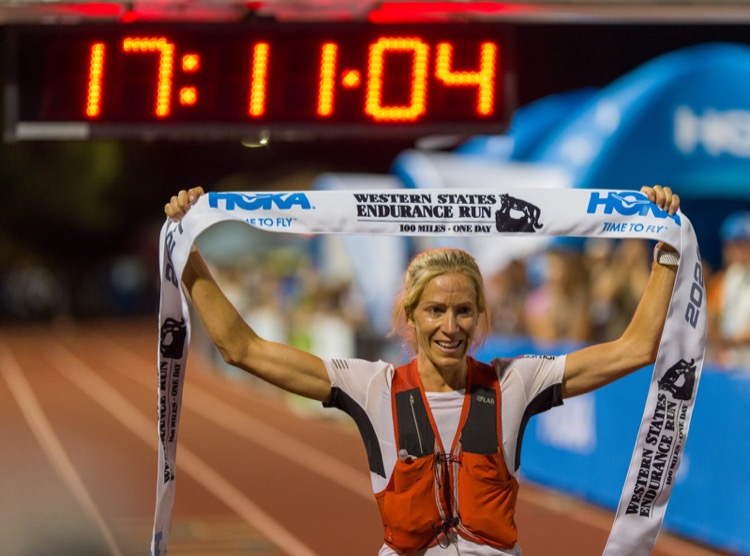 Runners returned to Olympic Valley, CA, this past weekend to run the world’s oldest and most iconic 100-mile race. Although the event was canceled in 2020 due to the pandemic, organizers, volunteers and participants didn’t skip a beat this year.

Pre-race events were mostly normal with vaccinations required for all event volunteers, as well as 95% of runners showing up with their shots (that’s 299 of the 315 that started). The only noticeable difference was the mandatory pre-race meeting being held outdoors, which was actually a welcome change from having to sit inside a stuffy conference room in years past. 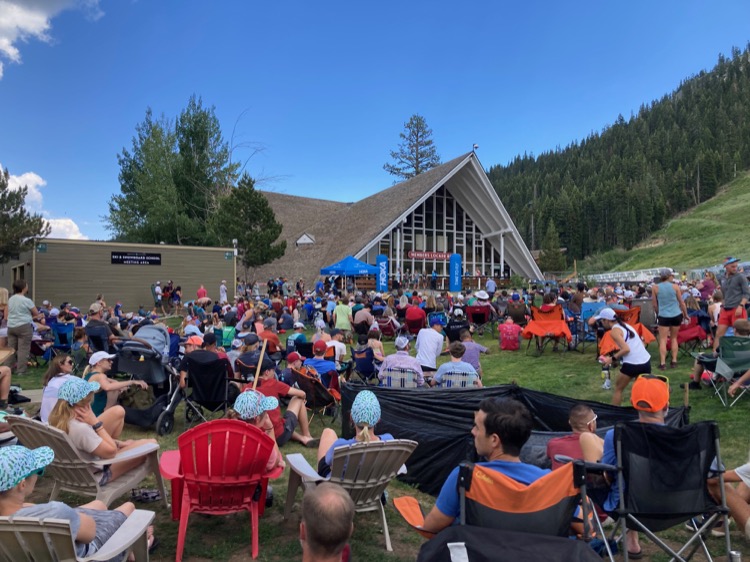 The excitement was palpable, as was the return of this long-standing event which acts as a beacon for most of us in the sport. Hugs were plentiful and while most runners were attempting to dull their nerves, the edge of excitement was at an all-time high as runners prepared for their last night of sleep until the “Big Dance.”

With a stacked field in both the men’s and women’s events, not only was this a competitive year, but as usual, the stories throughout the pack were remarkable. 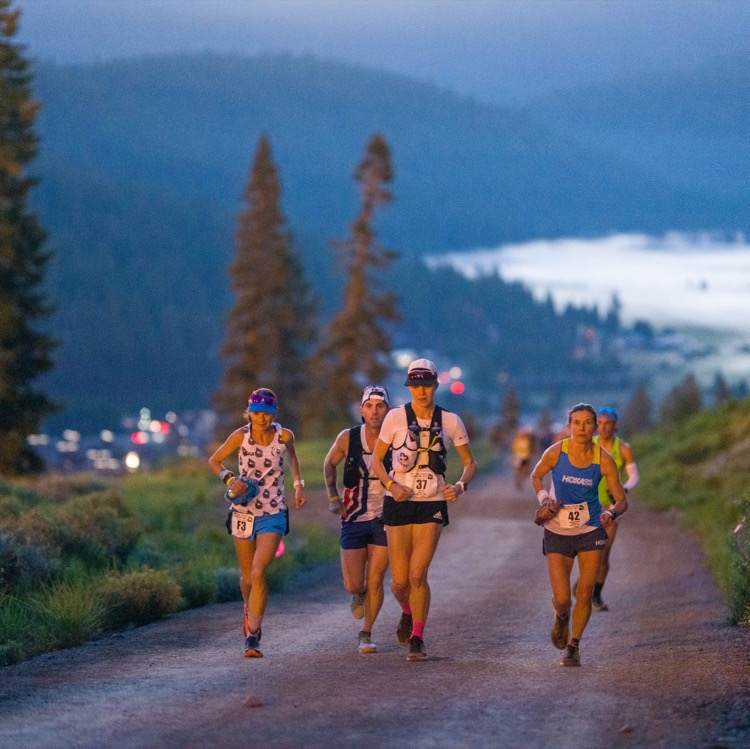 Kaci Lickteig, Abby Hall and Magda Boulet make their way up the climb from the start. Photo: Paul Nelson 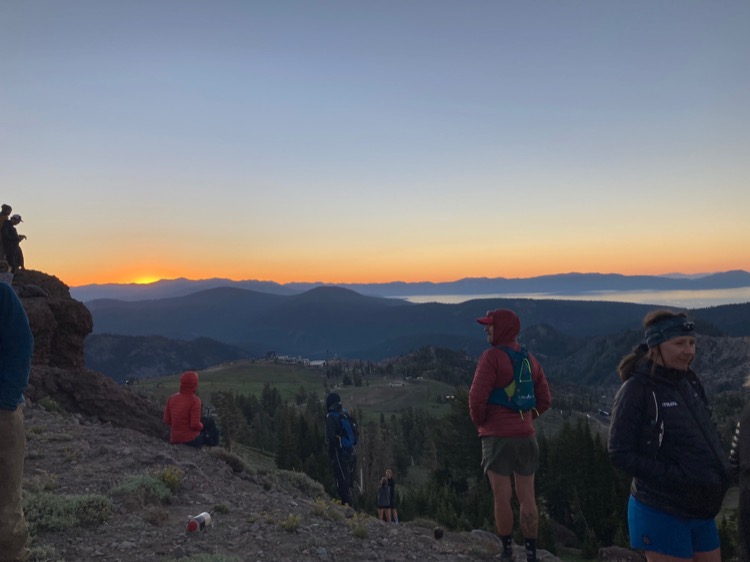 Waiting for runners at the escarpment. Photo: Amy Clark

Denis Trafecanty, 78, was the oldest runner ever to toe the start line, after qualifying with a finish at the Javelina Jundred 100-miler last October.

Placer High’s own football coach, Joey Montoya, 42, was entered for his first-ever attempt at Western States after having been head coach since 2007.

Brother/sister duo Karen Bonnett-Natraj, 65, and Paul Bonnett, 59, were both registered and hadn’t been on the course together since 2017 when Paul paced Karen to a nail-biting finish in 29:59:51 – with just 8 seconds to spare.

Western States board member John Trent, 58, was lined up at the start alongside his daughter Katie, 28, as they attempted the second of four 100-mile races this summer as part of the Grand Slam series. 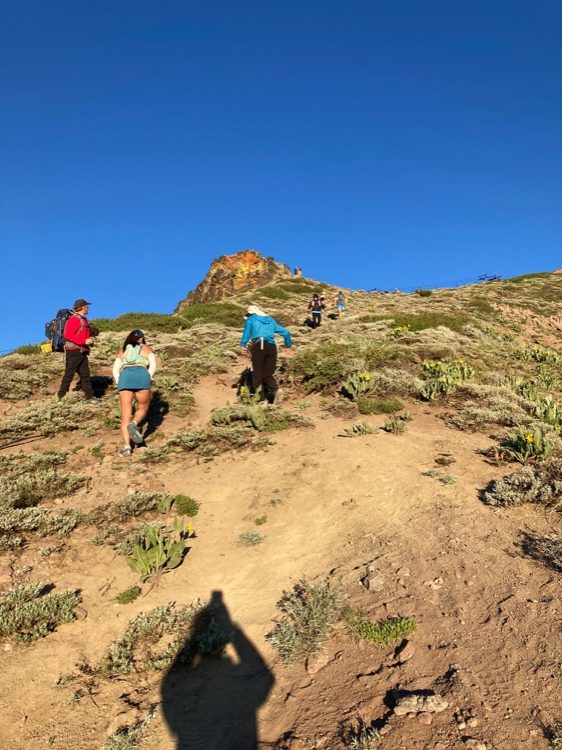 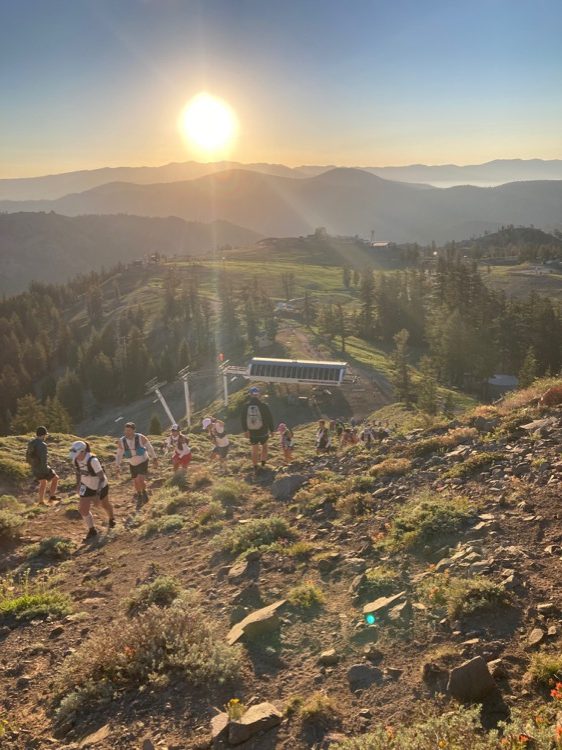 Runners make their final climb up to the escarpment. Photo: Amy Clark 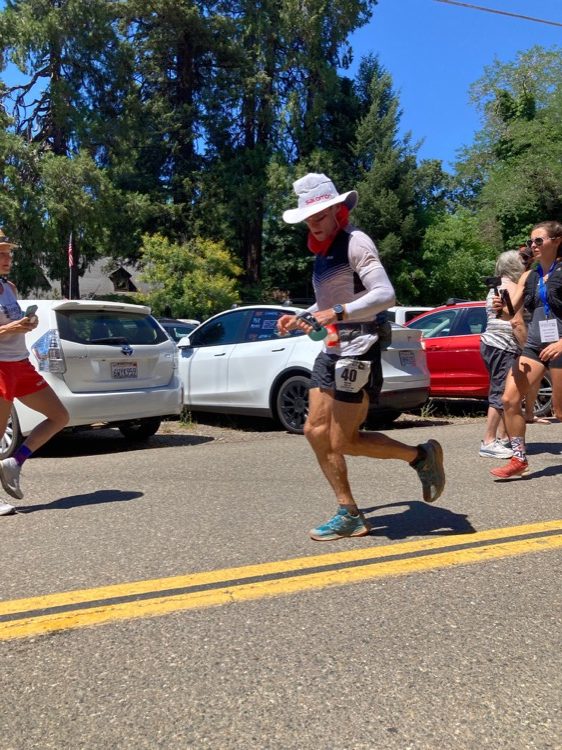 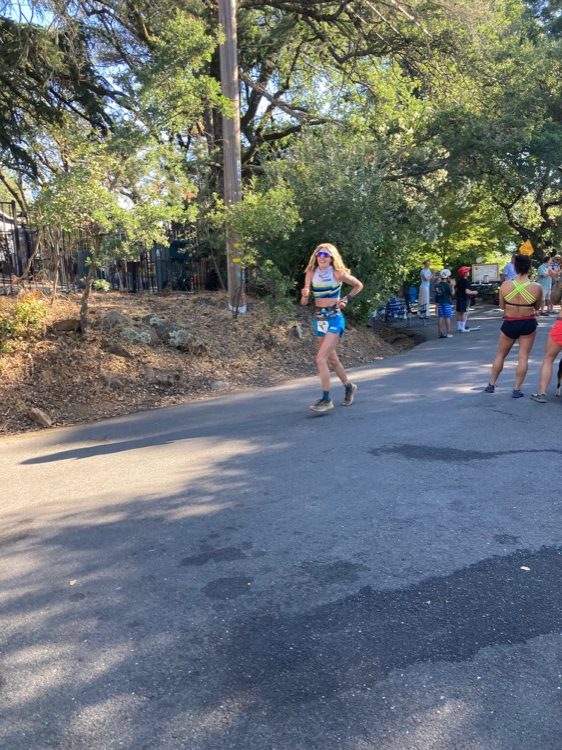 While thunderstorms moved through the area on Thursday afternoon, race day heat prevailed. Runners were greeted at the escarpment (mile 3.65) before heading into the high country through the Granite Chief Wilderness. Many runners struggled to make cutoffs as the temperature increased throughout the day, reaching over 100 degrees in the canyons, in typical Western States fashion.

At mile 62 in Foresthill, where the course breaks for a fast drop to the American River in just 16 miles, the race becomes real for many elites. This year, while Jim Walmsley held a 40-minute lead over the rest of the pack, numerous runners saw their races end on this section. Others took their time, sacrificing their lead and falling out of contention for top spots. A few elites, like Camille Herron, elected to rest until she recovered enough to cruise to the finish in a time of 27:28:32. 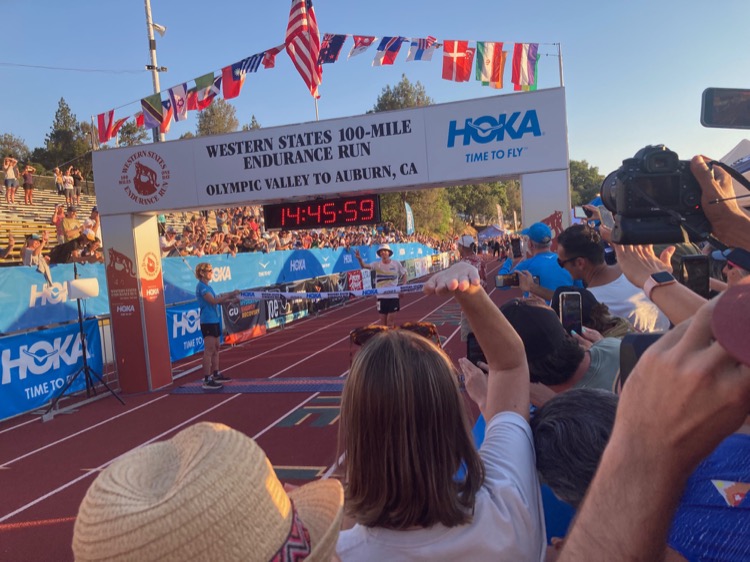 Jim Walmsley lengthened his lead and finished in 14:46:01, over an hour ahead of second-place finisher, Tyler Green. This was Walmsley’s third consecutive win at Western States. On the women’s side, Beth Pascall took home the win in 17:10:42 and placing seventh overall.

Sunday morning brought relief at mile 99 (Robie Point) where families, friends and spectators cheered runners in during their final mile. Coach Montoya was greeted by his football team, who ran him into the stadium and saw him cross the finish line in 26:32.

As usual, the final hour of Western States, the “Golden Hour,” provided a wave of emotional finishes with 58 of the 208 finishers circling the Placer High track before the end of the race. 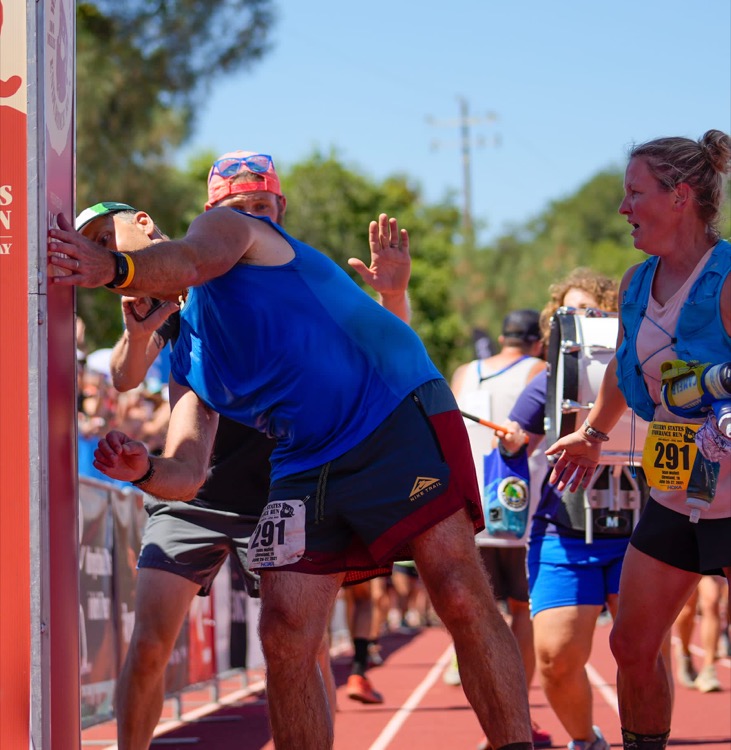 Sean Mullett provided a dramatic finish for spectators as he approached the finish line and fell back a couple of steps before finally crossing in one stride in 29:58:45.

With the race clock striking 30 hours, it felt as though we had all once again been given the gift of Western States memories to carry us through to next year’s race. Feeling the anticipation, exhilaration, excitement and exhaustion of watching this event unfold from start to finish, we put ourselves in the shoes of these incredible athletes as they traversed the legendary Western States Trail for 100 miles. 2021 was certainly a year to remember.