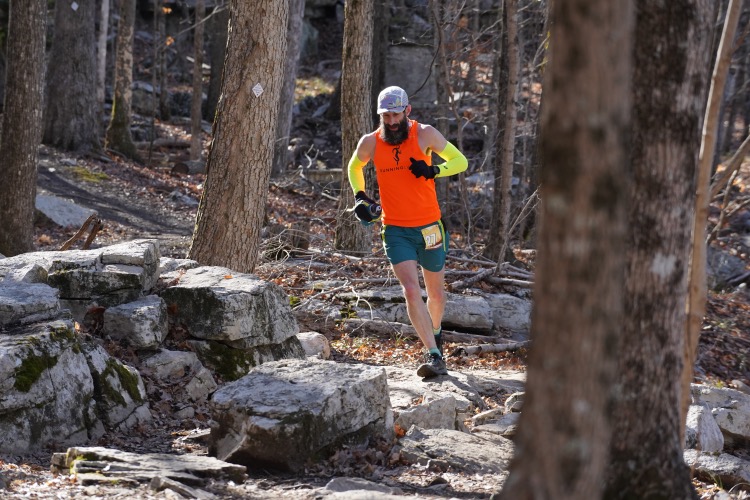 With just over a dozen events on our UltraRunning Calendar this weekend, one could consider it a light load compared to the previous few weeks. Yet still, we have races in all the regions to satisfy your ultrarunning cravings during the heart of the winter season.

Starting off in the south central region and more specifically, Huntsville, Alabama, is the 28th edition of the Mountain Mist 50k. The course, which has had over 300 finishers in recent years and has 518 runners on the start list this year, consists of extremely rocky mountain trails, mud and creek crossings, and includes a stout 3,872 feet of climbing. Put on by the Huntsville Track Club, Mountain Mist features a tour of the Monte Sano State Park and the Huntsville Land Trust Trails of North Alabama. Previously featured by URM, Gus Gibbs of Boise, Idaho, is slated to race as well as 10-time finisher and course record holder, David Riddle of Cincinnati, Ohio. Also signed up for the January 22 event are 21-time finisher Sally Brooking of Marietta, Georgia, and 19-time finisher Kathy Youngren of Owens Cross Roads, Alabama.

Jumping across to California is the Calico Trail Run 50k in Barstow, located approximately half-way between Los Angeles and Las Vegas. This with be the 18th year of this ultra which runs around an old historic ghost town that was once a silver mining town. This is a fun, single-loop course with 3,893 feet of climbing and descending, and will start on Sunday, January 23.

In its 11th year, the Go Short, Go Long, Go Very Long (very flat) 50k is happening this weekend in Tulsa, Oklahoma. This ultra is on a paved, out-and-back course which also offers an option to partner up and run the 50k as a relay.

In Wilmington, North Carolina, we have the Southern Tour Ultra which includes a 50-mile open race, 50k and 50-mile team age-graded relay. With an impending ice storm slated for Friday and into Saturday morning, the race organizers are delaying the race start until Sunday. Race day conditions for Sunday are still forecasted to hover around the mid-30s, so bundle up if you’re heading to the south Atlantic for the 10th edition of this event.

If short loops are your jam, look no further than the Angela Ivory Memorial 50k in Felton, Delaware. There is also a 24-hour race option and both races are self-supported. The course is a 5k dirt loop, completely within Killen’s Pond State Park. Daytime highs are predicted in the low 30s, so expect this race to be chilly.

Running the Rose 54k/108k in Tyler, Texas, the Sandy Bottom 8-Hour in Hampton, Virginia, the Frosty Fat Sass 6-Hour in West Orange, New Jersey, and the Hellcat 50km Endurance Run in Green Cove Springs, Florida, round out our calendar for Saturday, January 22.

We want to know What’s Up in Ultra in your community that we should know about? Leave a note and link below, and if there’s something coming up next weekend that we should highlight, be sure to mention that, too.