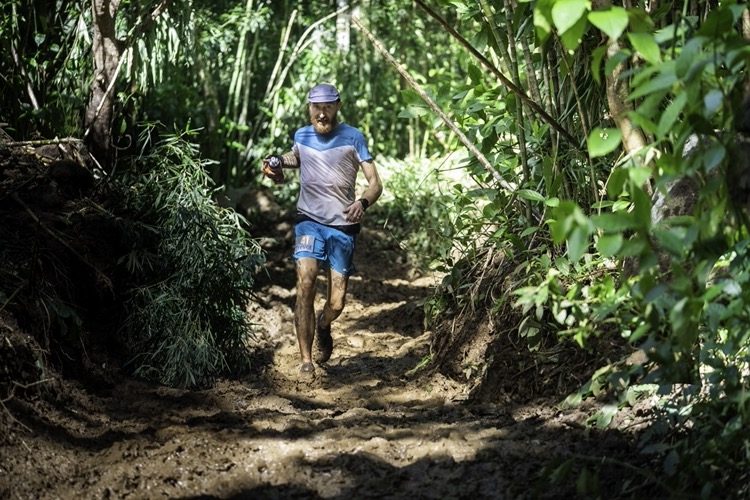 With one golden weekend behind us, the momentum continues to swing upwards in our small, but mighty ultra world. The first big 100-mile race is on the docket in Honolulu, Hawaii, the HURT 100, as well as a smorgasbord of other events from the south Atlantic to the Midwest, and just about everywhere in between on our robust UltraRunning Calendar.

HURT’s notoriously rooted and challenging course is situated in the mountains above the capital city on the island of Oahu and is known for breaking even the toughest of runners. Yet nearly 30% of the entered participants have previously completed this stout, early season event. The race climbs and descends an astounding 30,000 feet. Returning this year is the 2020 champion (the race was not held in 2021) Trevor Fuchs of South Salt Lake, Utah, as well the first- and second-place women, Anna Albrecht of Honolulu, and Denise Bourassa of Lakewood, Colorado. Live tracking can be found here for the Saturday, January 15 event which begins at 6 a.m. HST.

Another 100-miler on the docket this weekend is the comparably fast Coldwater Rumble in Goodyear, Arizona. There are also 52k and 52-mile races to choose from at the fifth race in Aravaipa Running’s Desert Runner Trail Series. The 100-mile distance is a five-loop course that winds through the rugged Sierra Estrella Mountain Range.

The 22nd edition of the Pacifica Trail Run 50k in Pacifica, California, is a coastal jewel nestled between the Santa Cruz Mountains and the San Francisco Bay area. This is a very hilly race, but the climbs are worth it because on a clear day, which the forecast is calling for, views of the Pacific Ocean are abundant.

Moving east to Bethera, South Carolina, we have the Frozen: H3 with just about every ultra distance you can imagine: 100-mile, 100-mile five-person relay, 100k, 50k and a 50k night race. The name of the race is perhaps a bit misleading as temperatures are predicted to be above freezing and even into the mid-50s, with a slight chance of rain for this entire weekend affair. Camping is included on Friday and Saturday for all racers and their crews.

The Phunt 50km Trail Race in Elkton, Maryland, the Frozen Otter Ultra Trek 32/64-miler in ​​Campbellsport, Wisconsin, the Ouachita Switchbacks 50K in Big Cedar, Oklahoma, and the Long Haul 100 in Wesley Chapel, Florida, are also on the calendar for Saturday, January 15.

What did we miss? Let us know What’s Up in Ultra in your neck of the woods this weekend that we should follow along with by dropping a note in the comment section below.

Ouachita Switchbacks 50K cancelled with snow and poor winter weather; the 25K was held though. The wife really wanted the special medal for those who did it and Athens-Big Fork back-to-back. Next year, we hope!