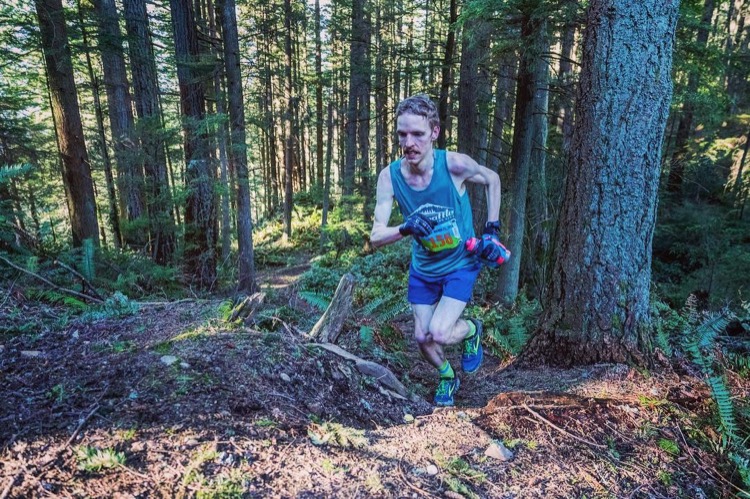 Diamond in the Rough: Keith Laverty

When you win a high school cross-country race on campus, and your English teacher is the head track and field coach, not only are you guaranteed a spot on the track team, but there is little chance you’ll be able weasel your way out of it.

“I was sitting in my sophomore English class when they made this announcement over the intercom and it just so happened that my teacher was also the head coach,” said Washington-based ultrarunner Keith Laverty. “I think you can guess how the conversation went with him after that,” Laverty chuckled.

Laverty grew up in Woodinville, Washington, and his mother, Shari, was very active across many disciplines, which he believes is where his thirst for endurance sports stemmed from. “She competed in triathlons, enjoyed skiing and swimming, too,” he said. There wasn’t much Shari didn’t do from an athletic standpoint as she was on the ski patrol, director of the local YMCA, and a cheerleader for the BC Lions in the Canadian Football League.

Despite being a diehard soccer player in his youth, Laverty knew pursuing a multitude of sports was in his blood. After winning his high school cross-country race, his parents encouraged him to try one season of outdoor track. 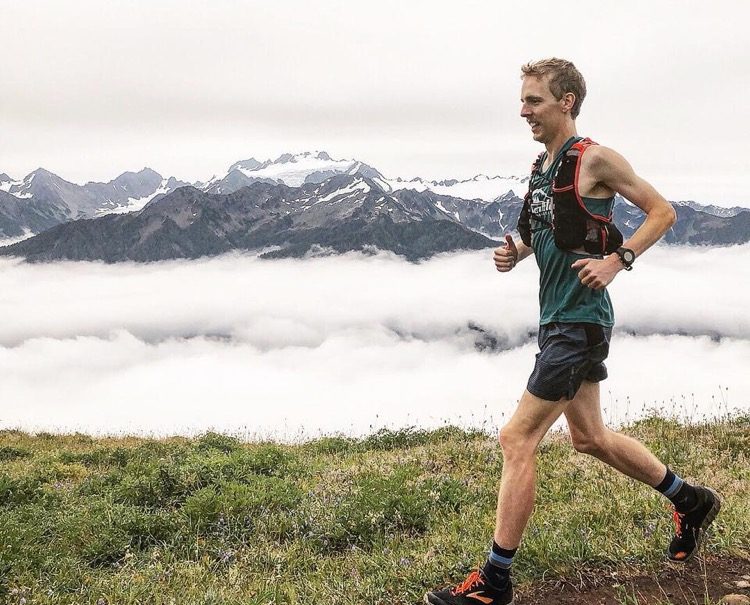 That one season turned into a new passion and lifetime pursuit of running. Laverty walked on to the incredibly deep University of Oregon squads that featured several future Olympians, and later on, led the UO Running Club. During his time in Eugene, Laverty always seemed to gravitate toward longer distances such as the 5,000 and 10,000. “I was far from being a direct contributor for their National Championship caliber teams, but the coach (Vin Lananna) at the time referred to me as a ‘diamond in the rough,’ and that has been something that’s kept me motivated in my running career since, while striving to be a stronger and more resilient athlete,” Laverty admitted.

Before ultrarunning, Laverty found tremendous success in sub-ultra trail events throughout the state of Washington. It was during these years that he truly started to appreciate the new challenges that trail running brought versus road running. Eventually, he got a nudge from his former high school cross-country teammate and then roommate, Brian Rakestraw, to see how he would fare in a 50k training run.

In the summer of 2014, they planned to run the Loowit Trail, which is approximately 50k long and circumnavigates Mount St. Helens. Requiring the navigation of vast boulder fields, traversing across the rocky and sandy blowout sections, encountering a black bear and even helping three hikers get back on the trail after spending an unexpected night lost in the woods, it’s fair to say it wasn’t a gentle intro into ultrarunning. “That day gave me an entire new perspective on what I was capable of, and the confidence of unlocking more ultra races and routes in the future,” Laverty recalled.

2021 will be Laverty’s eighth year in ultrarunning, a venture that began on the Loowit, followed that next spring by his first official 50k—a win at Gorge Waterfalls 50k. 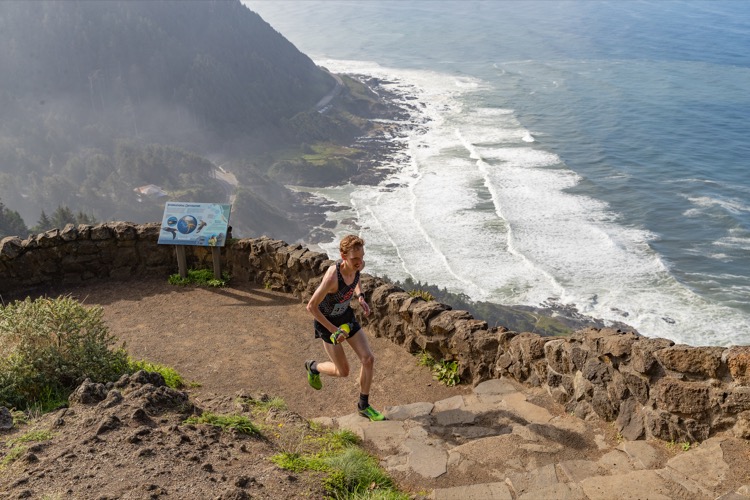 While he’s continued to excel at the sub-ultra distances the last handful of years, he’s also racked up an additional 14 ultramarathon finishes. Two top 10 finishes at the Chuckanut 50k, and an 11th place finish at his first 50-miler, Lake Sonoma, in 2016, just minutes behind Zach Bitter (the same year Jim Walmsley broke Alex Varner’s course record). In 2018, he raced to a podium finish at the legendary White River 50.

As with many ultrarunners, 2020 didn’t deliver many occasions to race, but Laverty still made the most of his two opportunities to pin on a bib: he won the Mount Shasta 50k in June and took sixth at the Run The Rock 50k.

He mentions Joe Gray and Max King as his inspirations and idols in the sport. “Joe Gray is someone who encouraged me early on to pursue more trail and mountain events. I’ve always respected his extremely hard work ethic year after year, and his fire to compete. He just had a way of bringing me up and making me feel more excited about running by simply running with him,” Laverty recalled fondly.

King has been Laverty’s coach since 2018 and has been another positive support and influence, helping him through the recent ups and downs in life. “He’s someone who competes at a high level and is versatile across mountains, roads, ultras and the track, yet you can tell he continues to find ways to keep things fun and to give back to the community.” 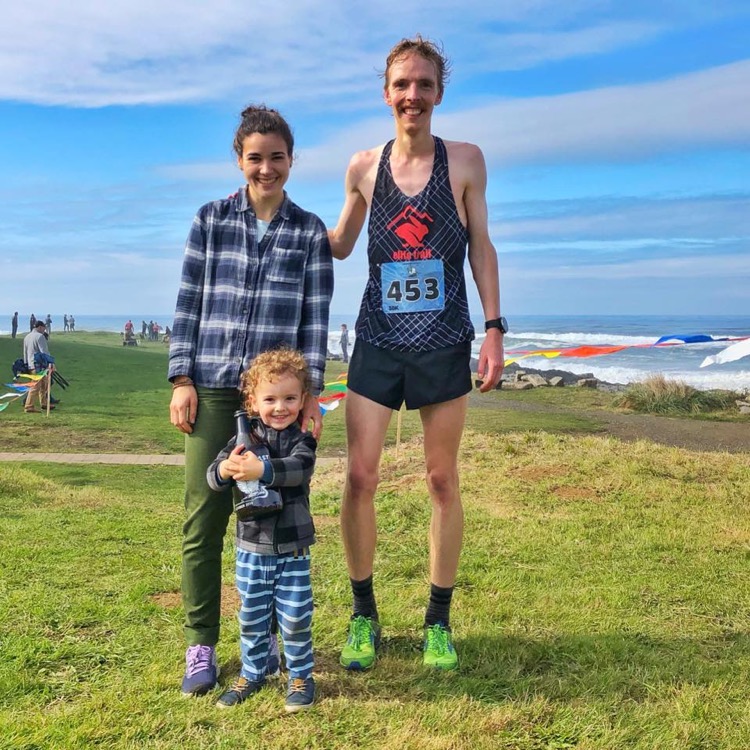 Laverty runs not only to compete and to inspire the next generation like his son, Luke, but also to help heal himself. His father, Ron, passed away unexpectedly in March 2020, and his mother has terminal cancer. “They’ve both been incredibly supportive of my running goals and I know neither of them would ever want me to give up on the running goals that I’m passionate about.” He continued, “My mom is someone who’s been extremely positive despite when life setbacks show up, and someone who taught me that it’s all about your attitude.”

On the racing front, Laverty has fearless goals of fulfilling his dream to make Team USA and also run his first 100-miler. “I feel that these goals represent years of dedication, highs and lows, and patience toward the sport that could culminate in a positive result, and not just one successful three-month training block,” he stated.

“I want to stay competitive for many more years to come, well into my master’s years, and not just highly competitive for a short stint. I feel like no matter what age you are, you can always find ways to improve and to challenge yourself. And as a running coach myself, I also want to continue to help other runners realize their potential and accomplish the goals that they’re passionate about.”