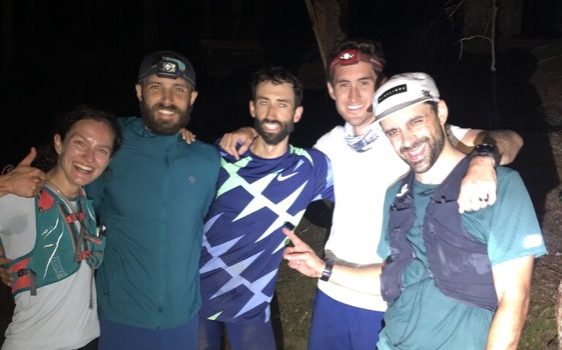 “The biggest change for me in this idea of getting an FKT is that there’s a very bold line. You’re either successful in getting the time, or you’re not. There’s no podium—no top ten. You either get it or you don’t. Dealing with these extrinsic goals, there’s also this feeling of what if I ended up running 17:30? Five days ago that would have been very impressive, and now it just disappears into the ether,” said Tyler Green just a few weeks after beating Dylan Bowman’s supported FKT on the 95-mile Wonderland Trail around Mt. Rainier.

After coming out of a late spring injury relatively unscathed and with some solid training weeks behind him, Green began to put a plan into motion of going after the Wonderland Trail at the start of summer. After snagging the Timberline Trail FKT in 2018, which circumnavigates Mt. Hood, and then the relatively short 30-mile Loowit Trail FKT around Mt. St. Helens earlier in the season, the Wonderland Trail was the next logical step for the Portland-based ultrarunner and teacher.

At an early age, Green found himself drawn to his natural surroundings, and needless to say, mountain adventures in the Cascades. While it’s somewhat circumstantial that he found himself in a place to own all three records concurrently, “I wasn’t going to necessarily keep going for them,” he said. The thought did cross his mind that it would be cool to own all three FKTs at some point.

“There’s something about running around a mountain up here that everybody loves to do. It was a gateway for me into trail and mountain running, so there’s some personal history involved as well,” Green relayed his deeper connection to circumnavigations. “Seeing a mountain from every single aspect, you have a sense of how far you have gone. That can either create confidence, or you can feel like this mountain is huge and you’re never going to get around it. In a way, there is a sense that you are conquering the mountain, but in fact, the mountain is just demonstrating how big and gnarly it is, and it’s conquering you all along.” 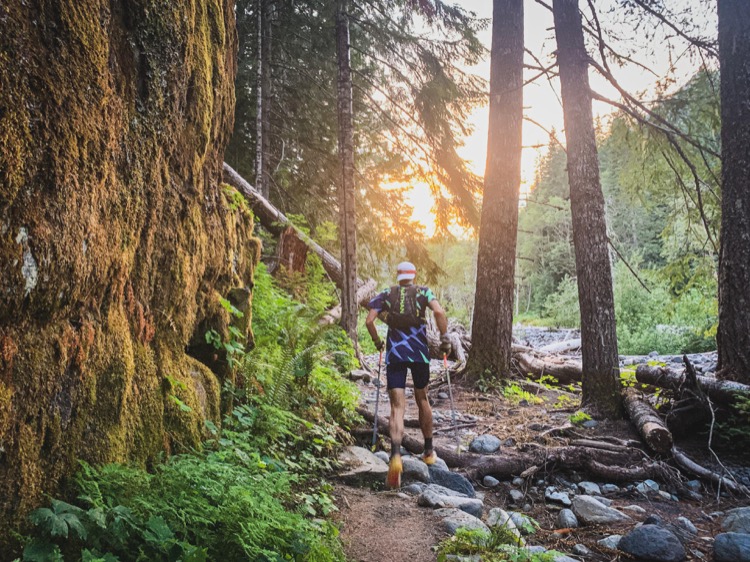 Charging into the late afternoon light on the Wonderland Trail around Mt. Rainier. Photo: Jordan Carey

Bowman’s successful Wonderland Trail attempt (taking nearly 90 minutes off of Ryan Ghelfi’s time from 2018) initially caught Green off-guard and had him reassessing his own plan, but he remained undeterred. If anything, he admits it was an interesting process to work through and that the uniqueness of the timing of all the FKT attempts fed his inner competitor.

“It’s somewhat unexpected to be able to have this cool race scenario play out during this time because I just kind of thought, ‘Well, I’m done racing for the year.’ Any chance that we have at this, it’s a reminder of why I run and the love I have for the sport.”

Without a big racing schedule for Green in 2020, there became a deeper sense of running for its own sake.

“I’m going to have a cool day around the mountain and give it my all, and that will be my success regardless of what the outcome of it is—whether I’m able to beat his record or not.” He continued, “That’s a cool realization, as someone who has grown up very competitive and almost to a fault, trying to figure out what competition means to me. It was a good place of growth for me.”

Green had to adjust his goal time by over an hour and a half, implementing a strategy that he thinks enabled him, just five days following Bowman’s FKT, to improve it by an impressive 18 minutes. He started to look at his crewed aid station stops in a new way with an aggressive plan to cut precious minutes from his projected time: zero stops. Through each predetermined point where he met his wife and crew chief, Rachel Drake, they walked together the whole time when they were in contact exchanging fuel, hydration and conversation on how he was feeling. Green acknowledged that a past racing weakness of his was spending too much time at the aid stations, socializing and chatting with friends, and saw an incredible opportunity to improve that aspect on the Wonderland. 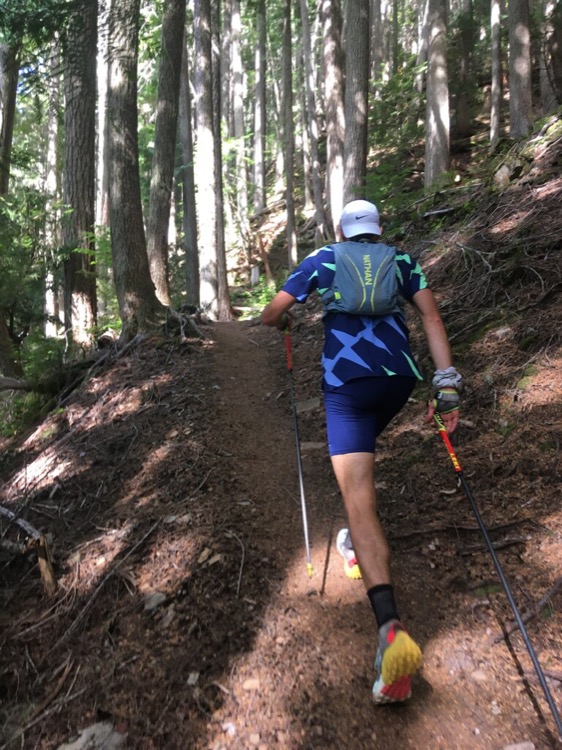 Always moving forward—in just under 17 hours, Green stopped for only 24 seconds to use the bathroom. Photo: Rachel Drake

Implementing this new strategy paid off as confirmed by his GPS file. According to Strava, Green accumulated only 24 seconds of stop time in nearly 17 hours on August 24. Compared to Bowman’s GPS file, that indicates nearly 30 minutes of stop time on August 19. Theoretically, if Bowman would’ve enacted the same “no stopping” strategy as Green, he would own the FKT by approximately 10 minutes.

So much of that game plan pivot was based on how fast Bowman ran. Green knew he had very little margin of error, and zeroed in on this chance with his aid station logistics. Moral support and belief in his own abilities was crucial as well.

“Having people who gave me that support and said I could do it even before I came to the decision that I could do it myself, that was pretty big,” Green emphasized.

“Everyone knows who the cream of the crop in our sport is,” he continued to reflect. “UltraSignup tells us. Even an iRunFar race preview has main contenders, serious ones, and the best of the rest. So, you buy into that. It takes racing and breaking free from that to realize what’s really possible for yourself.” Despite recognizing that, he professes those types of metrics and media are influential in his racing and an area he still needs to work on.

After getting third place at two consecutive Golden Ticket races in 2018, he had his doubts if he’d ever be able to take it to the next level. The 36-year-old punched his ticket to his first Western States at Bandera in 2019 by winning and beating some of the best ultrarunners in the country, proving it to himself in the most resounding of ways. He changed his mindset and just decided to go for it, pushing past his preconceived mental barriers.

“It seemed like it became a self-fulfilling prophecy that I was always going to get second,” Green laments. “It has been a cool athletic journey to start to get that confidence. I shouldn’t put myself in this pecking order. I may not be the best, but I’m pretty good. To come to that realization that I should just go for the win, not necessarily that I am going to win, but I should go for it and just see what happens, is pretty cool.”