If Dylan Bowman is in a race, odds are pretty good he’ll end up on the podium. His list of professional accomplishments is long and storied, with many noteworthy wins both domestically and abroad, over the course of more than a decade. He is arguably one of the hardest working athletes in the sport, relentless in his training and preparation. His performances stand testament to his unremitting drive and determination. In knowing Dylan, the man exudes confidence and self-assurance and nothing seems to stand in his way.

In January of 2019, he traveled to Hong Kong for the Hong Kong 100K, and was one of the favorites to win. The gun went off and the race got underway, but something unexpected happened at the 20-mile mark. Dylan Bowman broke.

Until this crushing defeat, he had never known a failure of such magnitude. For most of us, a periodic DNF is bound to happen. But this was something more—he could feel it. On the flight home from Hong Kong, Dylan had a moment with the unfamiliar voice voice of self doubt. Something more was going on than merely not finishing a race. It was something deeper and profoundly unsettling. For the first time ever in his celebrated career, Dylan felt used up and over. 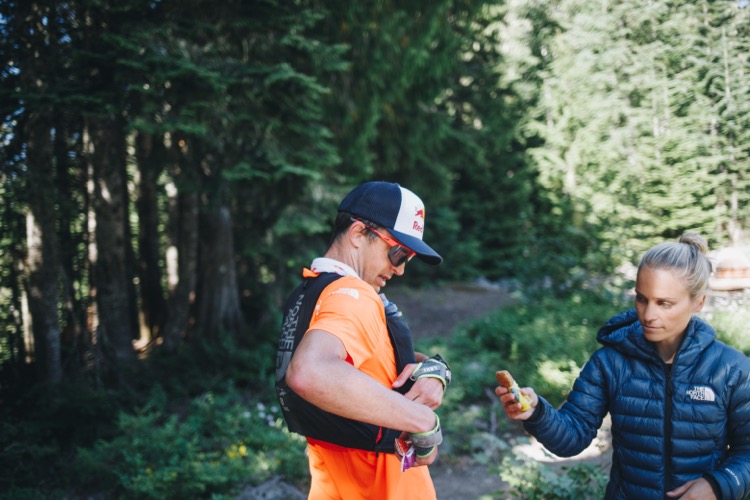 Going into the race, he didn’t feel himself. While he was out of sync with his body, he was also out of sync with his mind. When the full catastrophe was realized, it unraveled the very fabric of his foundation. Dylan responded with characteristic grit and determination. Things may be off, but he would tough his way through it and not let this setback get in the way. He started training for another race in a few months. Redemption was near.

But he got ill. So what, he told himself, and kept pushing. Then his ankle snapped. He rehabbed with bullheaded resolve and developed severe tendonitis as a result. With that development, a circuit blew.

“My whole identity was built around being a competitive athlete,” Dylan remarked. Suddenly it all seemed to be caving in. Maybe I’m not coming back, he thought. Maybe my body is not going to be able to handle what it once could. Maybe I’m passed my prime. Having always been healthy and competitive at a high level, his thoughts were devastating. When Dylan turned 34 last year, he was “completely lost.”

He began questioning everything, searching his soul for answers and seeking guidance from others. One thing Dylan realized is that he needed to decouple his identity as a competitive athlete from the inherent joy running brought to him. He loved to run and couldn’t allow that relationship to be diminished because he was injured and perhaps not going to win races again. Dylan embarked upon a slow and methodical journey to rediscover his love of running, and he began an elemental recalibration not to be solely defined by race results.

He sought other elucidations as well. He began a more dedicated meditation routine and started working with a therapist. He read an influential business booked called Reboot, which helps executives overcome setbacks and psychological barriers. It helped him see himself and his self-worth as something not entirely defined by his ability to run fast over an arbitrary course. He began taking emotional fitness as seriously as physical fitness.

And Dylan Bowman began to resurrect into something larger than before. His injuries gradually healed. His training once again took on the magnitude and intensity of prior years. And, more importantly, his passion was reignited. Still, there were lingering doubts.

But 2020 started out with a bang. He won the Sean O’Brien 50 in February. He placed third at the prestigious Transgrancanaria on the island of Gran Canaria in March. His marquee race for the season was the Hardrock 100 in July, and his training was going superbly. 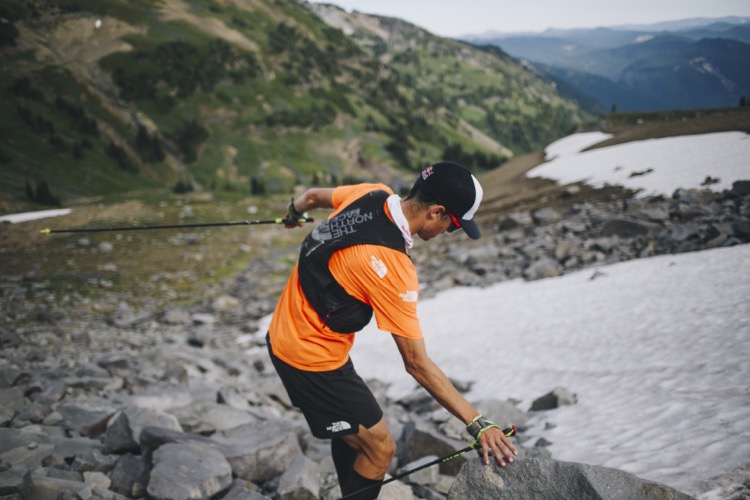 And then the world changed. Suddenly, a very full race calendar became a non-existent race calendar. Race after race was being canceled, falling like a surreal procession of toppling dominos. After the cancellation of UTMB, Dylan accepted the sobering reality that things weren’t going back to pre-COVID normal for quite some time. As he bracingly put it, “Pretty much everything that could go wrong did go wrong.”

That’s when he hatched an idea of going for the speed record on the Wonderland Trail, a 93-mile loop that circumnavigates Mount Rainier. It seemed like his perfect race, lots of technical terrain, footbridges, rock scrambles, dense forests and over 22,000 feet of elevation gain. For perspective, it usually takes a fit hiker 7-14 days to complete the trail. The current FKT was set in 2018 and stood at a blazing 18:27:42. His goal was to break it.

Dylan is no stranger to FKT attempts. In 2018, he set the record for the Lost Coast Trail in Northern California. The Wonderland Trail was undoubtedly a more daunting endeavor, especially given the current state of affairs, and perhaps he needed to do this because of the current state of affairs. And not just to prove things to himself, but also as a means for others to celebrate vicariously a human triumph in a time when so much gloom, despair and uncertainty permeates humanity.

So, on August 19 he set out to run 93 demanding trail miles around Mount Rainer just as fast as his legs would carry him. His wife, Harmony, would be providing crew support and there were four locations where she could gain access to him along the way. She’d supported him at big races all over the world and they had their systems thoroughly worked out. The goal is always to minimize stoppage time, which Harmony has become supremely adept at. They were an efficient team.

Initially, things went well. Dylan was right on pace and felt good, and Harmony kept him moving. But then the weather turned unexpectedly warm. Without multiple aid stations along the course there would be no ice bath cool downs. There was plenty of glacial water around Mt. Rainier, but pulling off the trail and stopping for too long would sap time and the existing record allowed almost no margin for excesses. However, if there’s one thing Dylan can do it is execute. Plan the race and race the plan, as the saying goes. In this he would not waiver. He’d either set the new record, or crash and burn trying. Nothing would be left on the course. 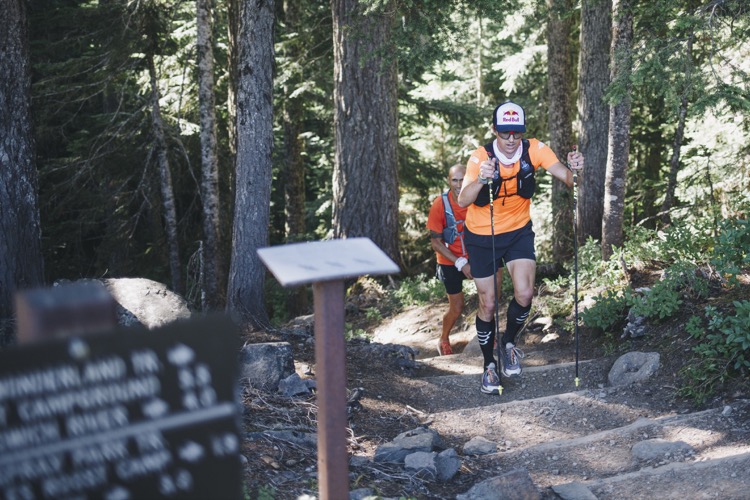 In the end, Dylan didn’t just prevail, he did so convincingly. I spoke with him afterward and it wasn’t his bravado that struck me, but his stoicism.

“Did you ever have any low points?” I asked him.

“Hmm…it got warmer than what I expected.”

I probed, but that was it. He’d completed the impossibly grueling Wonderland Trail in 16 hours and 58 minutes, eclipsing the previous record by a mindboggling hour and 29 minutes, and his main concern was that it got a bit warmer than what he had expected. I hung up the phone with Dylan and a broad smile came over my face. The world may be an uncertain place, but make no doubt about one thing, Dylan Bowman is very much back.