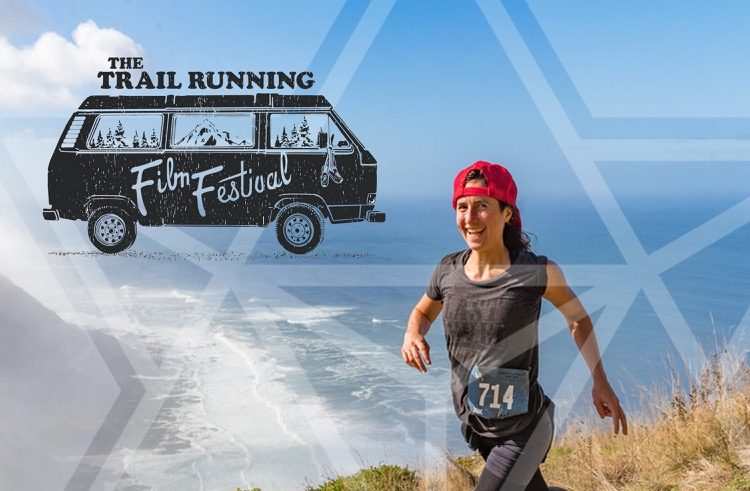 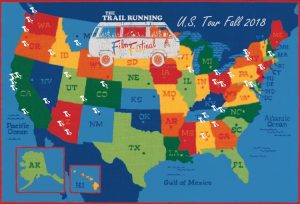 2018 Fall Tour
If there’s one thing runners enjoy just as much as running on trails, it’s watching others do it. The Trail Running Film Festival has grown to include a nation wide tour that showcases two hours of the top films to inspire and cultivate current and future trail running athletes. Join the tour at any of the 40+ cities through the end of December. Ten new films featuring adventure racing in British Columbia, speed record attempts on the PCT, running across Montana for public lands awareness, as well as with footage of trails in Hawaii and Hong Kong, are included in this year’s selection of both short and feature-length films offering stories from filmmakers across the globe. All packed into a two-hour show with prize giveaways and more. 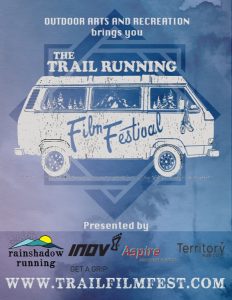 The Trail Running Film Festival
After a year hiatus, the organizers and filmmakers of this amazing event had to bring the stories and community of trail running back together for a weekend of film, group runs, food and beer. The Film Festival and Expo in Seattle is coming up November 30–December 2, and will include some new film previews and comedic shorts. You’ll also get to see a new Rainshadow race film, along with the latest and greatest of all trail running films available. The Festival is organized by Outdoor Arts & Recreation, presented by Rainshadow Running and sponsored by Aspire Adventure Running, Inov 8, Seven Hills Running Shop and Territory Run Co. The 10+ hours of films are the centerpiece of the three-day event. There will also be adult beverages and food for sale, live music, special guests, The Seattle Trail Running Expo and group trail runs on both Saturday and Sunday morning.

For more information or to purchase tickets in your city, visit trailfilmfest.com.