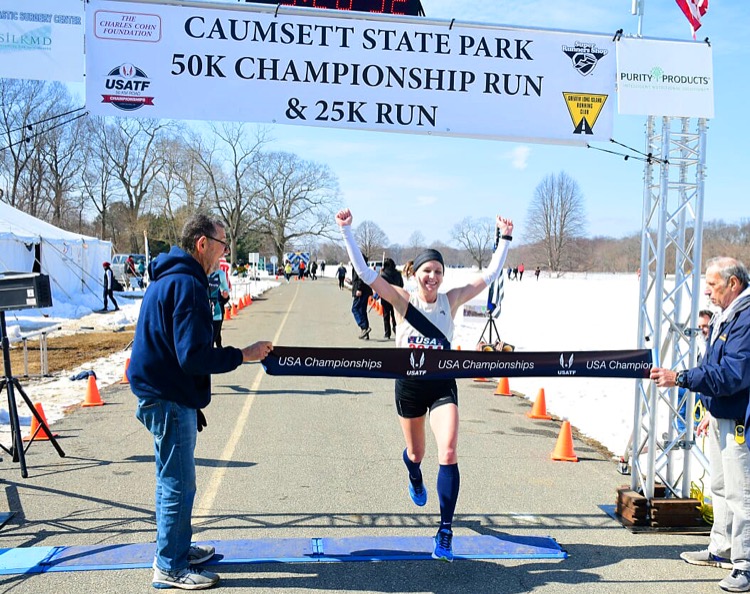 Despite Old Man Winter rearing his head this week across the country, our UltraRunning Calendar valiantly chips away toward spring. Leading the way is the second straight weekend with a USATF National Championship, this time on the east coast in East Islip, New York, with the Heckscher State Park 50K road race (formerly held at Caumsett State Historic Park) on Sunday, February 27.

While the full entrants list is not available, we can bet that this flat 5k loop course will deliver some of the fastest 50k times in 2022. It runs on paved paths through Heckscher State Park offering stunning views of Long Island’s Great South Bay with Fire Island as the backdrop. Who do you know that will be running?

Also on Sunday we have the Cowtown Ultra single-loop 50k race in Fort Worth, Texas. Each of the last six editions has seen both the women’s and men’s winners finish in under four hours making this another speedy 50k. All proceeds from the race go towards The C.A.L.F. Program (Children’s Activities for Life and Fitness), encouraging the next generation to stay active through nutrition education, coaching and more.

In Black Mountain, North Carolina, we have the 22nd Mt. Mitchell Challenge 40-miler boasting a whopping 4,324 feet of elevation gain in the first half of the race. The course tops out at nearly 7,000 feet on the summit of Mount Mitchell which is the highest point in the Eastern US. In 2020, both the women’s and men’s course records were demolished by more than an hour, in 4:09:21 and 3:14:42 by Lisa Holding Eagle and Nathan Holland, respectively.

On the West Coast in Pilot Hill, California, is the Salmon Falls 50k. A rather rare point-to-point course that begins at the Magnolia Ranch Trailhead near Coloma, runners will head southwest towards the finish at Folsom Point State Park. After a recent bout of rain, this net downhill course should be fun, fast and furious for the 267 registered entrants.

Aravaipa has the Copper Corridor 50k in Superior, Arizona, going down on Saturday. The lollipop course is hilly, but not too mountainous and is “not too far from Phoenix geographically, but a world away in so many ways.” Our #2 UltraRunner of the Year Nick Coury of Phoenix, Arizona, is slated to make his season debut.

Maplewood, New Jersey, is the location of the Febapple Frozen Fifty 50k/50-mile races on Saturday. According to the race director, the Febapple offers athletes a little bit of everything: meandering singletrack, wooded double-track, mud, a mile-and-a-half of pavement, rolling hills and a few steep ascents and descents at the South Mountain Reservation.

Believe it or not, it’s the last weekend of February, and we know we omitted an important race or two that is potentially on your calendar. Let us know What’s Up in Ultra in your world by leaving a comment below so we can follow along and be sure to enjoy the miles this weekend wherever you are running.

Thanks as always for the weekly coverage and previews! However, I’m not so sure about the Mount Mitchell course records. It looks like the 2020 winning times were for the marathon only and, per UltraSignup, are not CRs. UltraSignup lists the 40M records as 5:10 for women and 4:20 for men, and the marathon records as 3:33 and 2:49, respectively.

Good catch Pete, thanks! We’ll have to update that on our results page https://calendar.ultrarunning.com/event/mt-mitchell-challenge-and-black-mountain-marathon/race/26573/results

Looks like a Karl Meltzer CR at LOViT 100. Weather was cold and miserable!! My wife was stoic and successful.