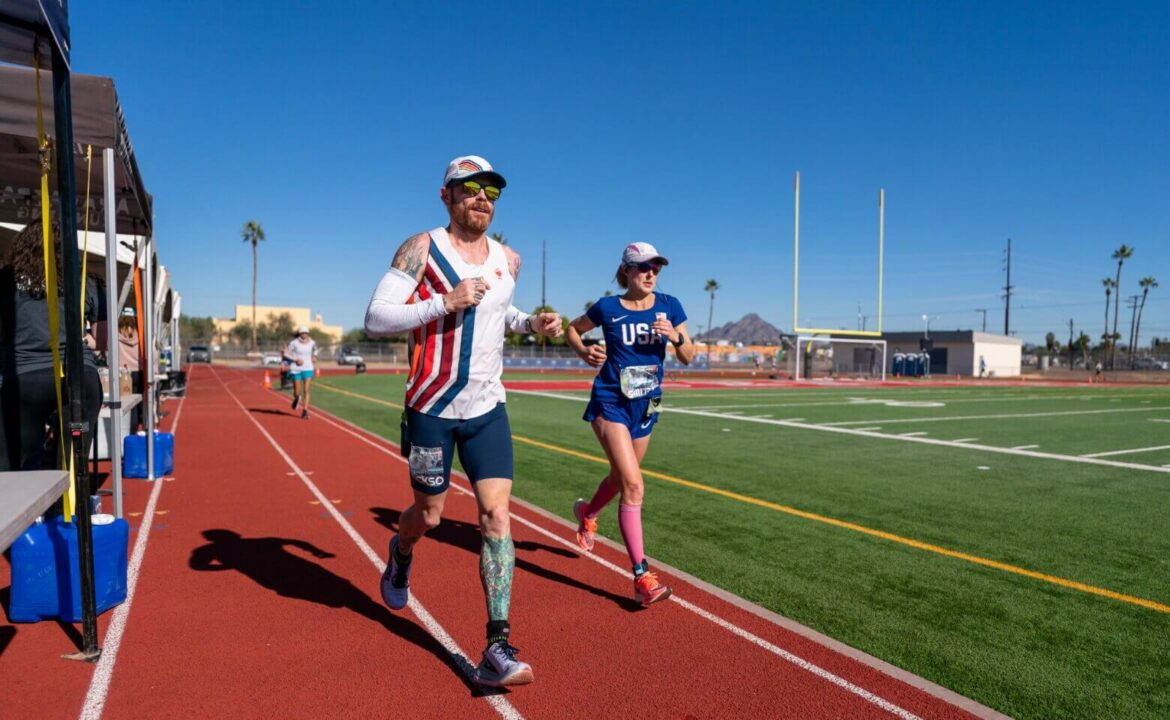 What’s Up in Ultra This Weekend — December 10

Many ultrarunners have ended their seasons already, yet even as winter weather sweeps across the continent, many are still going long during this final month of 2022 according to our UltraRunning Calendar. Headlines this weekend include Aravaipa’s Desert Solstice in Arizona, the Hellgate 100k in Virginia and more.

The Grand Canyon state plays host to the Desert Solstice Track Invitational 24 Hour / 100 Mile at Central High School in Phoenix, Arizona, on Saturday, December 10. This event is no stranger to records, competitive head-to-head battles, blazing fast times and last-ditch efforts to cement UltraRunner of the Year placings. The 2022 edition will again serve as a qualifier for the USA 24-Hour National Team.

No one in the small but mighty field should be overlooked, but some highlights include Camille Herron (eighth at Western States in June), Marisa Lizak (second at Spartathlon in September) and Kalie Demerjian (first at Mad City 100k in April) are the women to watch out for. On the men’s side, Jeff Browning (first at Moab 240 in October), Olivier Leblond (sixth at Old Dominion 100 in June) and Jacob Jackson (second at the 2021 Desert Solstice 24-hour event) are a few standouts. Head to Aravaipa Running to check out the livestream of the event on Saturday and Sunday.

The Hellgate 100k is a northeast classic in Fincastle, Virginia, entering its 19th year. Taking place in the vast Blue Ridge Mountains, the point-to-point course is known as one of the toughest on the Beast Coast. Starting at 12:01 a.m. on Saturday at the northern terminus of the Glenwood Horse Trail, the course is longer than 100k coming in at a hellish 66.6-miles long. The current weather forecast is calling for a wet day with low visibility, perhaps marginally better conditions than the race in 2018. Read the Snow Gate race report by race director, Dr. David Horton.

In Lore City, Ohio, the Bigfoot 50k is a three-loop course with rolling hills entirely within the 17,229-acre Salt Fork State Park on Saturday, December 10. Featuring roughly 4,000 feet of ascent and descent, the course is challenging but runnable.

On the West Coast in the Marin Headlands, we have the Rodeo Beach 50k on Sunday, December 11. Offering spectacular views of Mount Tamalpais and the San Francisco Bay Area with nearly 6,000 feet of vertical gain and loss over the multiple-loop course, this race is quintessential Northern California.

However, these aren’t the only races happening this weekend. There’s also the Krampuslauf 50k in Pomfret, Vermont, on Sunday, the Deception Pass 50k in Oak Harbor, Washington, on Saturday, the Bell Ringer 50k in Burns, Tennessee, on Saturday, the Sawmill Trail Runs 50k in Pine, Colorado, on Saturday and the Dallas 50k in Texas on Sunday, December 11.

What’s Up in Ultra in your neighborhood this weekend that we should know about? Drop a note in the comments below, let us know what we missed and what’s lighting your winter ultra fire. Check back on Sunday for results from these races and more in our Ultra Weekend Recap.

You left out Skeeter Skoot 100k 50k down in Fort Pierce, Florida.

Are you racing Steve? Have fun down there, looks like perfect weather this weekend. https://ultrarunning.com/calendar/event/saint-lucie-skeeter-skoot