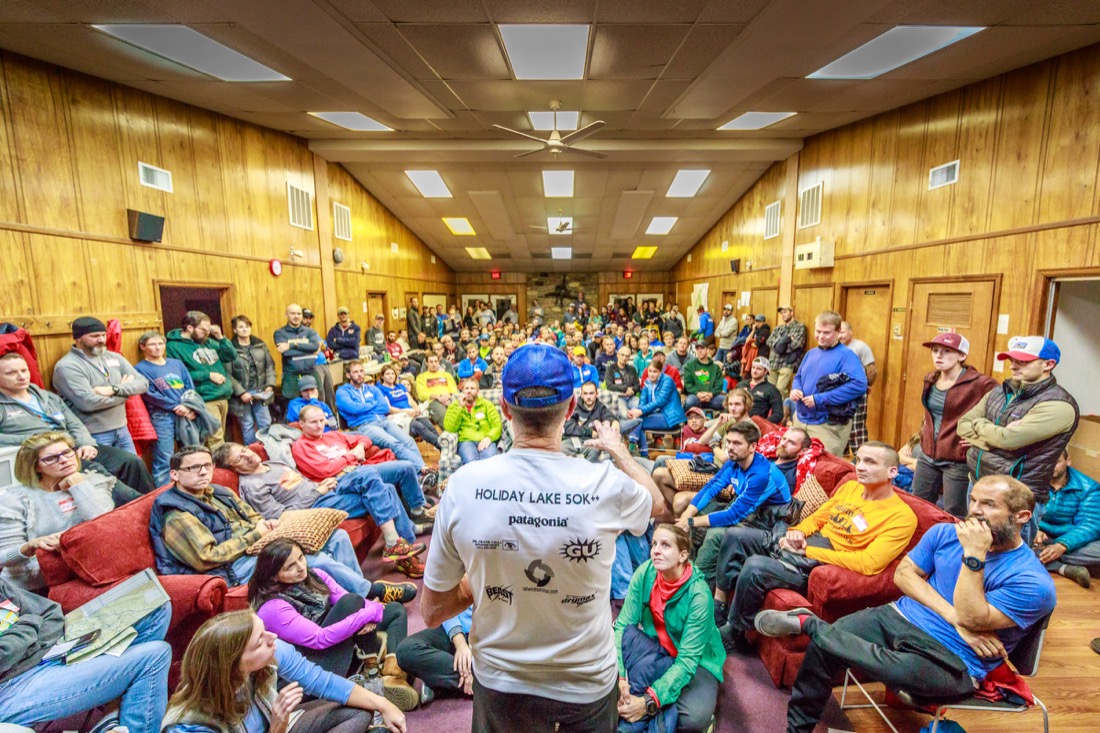 Hellgate 100K is actually 66.6 miles starting at 12:01 a.m. on the second Saturday in December at the northern terminus of the Glenwood Horse Trail at the Big Hellgate Parking lot next to Big Hellgate Creek in Central Virginia.

This challenging race has just nine aid stations with crew access at seven of them. This is the last race in the Beast Series. Clark Zealand and I direct the race series that has three 50k races in the spring, the Grindstone 100, MMTR 50 Miler and Hellgate in the fall. The spring races are just a warm-up for the fall races. There were two women and 12 men who finished the Beast Series in 2017. Hellgate is also a Western States qualifier.

It did not start snowing until 3 or 4 a.m. on race day and continued to snow off and on until Saturday afternoon. Never has it snowed this much on race day. Luckily, the ground was warm and it never got deeper than two or three inches. So, 2017 was officially Snowgate. In 2016 it got down to eight degrees and was officially Frozengate. In 2015, it got up to 80 degrees and was called Heatgate. In 2014, it was perfect weather and was called Sissygate. What will 2018 bring, maybe rain and Watergate? 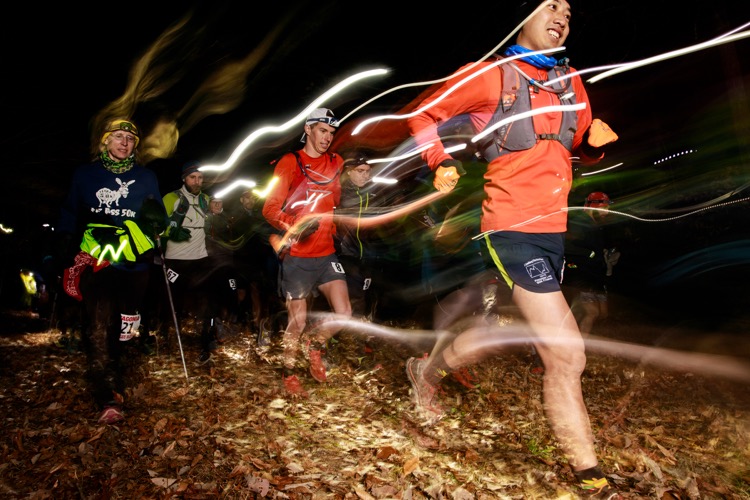 Jordan Chang leading the pack at the start just after 12:01 am. Photo: Keith Knipling

The women’s field was the deepest we have ever had in quantity and quality. Sarah Schubert (Charlottesville, VA) won Hellgate in 2016. Hannah Bright (Portland, OR) was second in 2016 and hoped to improve by one position in 2017. She had bad Hellgate Eyes in 2016 and could hardly see the last 20 miles of the race. Meghan Hicks (Moab, UT) was making a return trip to alleviate a 2014 DNF because of sickness at Hellgate. Kathleen Cusick (Indian Harbor, FL) had won Hellgate in 2013. Alondra Moody (Andersonville, TN) was running Hellgate for her first time. Alondra was a multiple winner of other ultras.

In the men’s field, it really appeared to be a two-man race between Matt Thompson (Crozet, VA) and Bradley Revenis (Chicago, IL). Matt had won Terrapin Mountain 50K and done very well in all the other Beast Series races and now had a shot at the Beast Series record set by Frank “The Tank” Gonzalez (Crozet, VA). Revenis had won the MMT 100 and Bull Run Run 50 Miler earlier in 2017. Other contenders were Jordan Chang, Paul Terranova, John Anderson, Chris Roberts and Nick Pedatella. 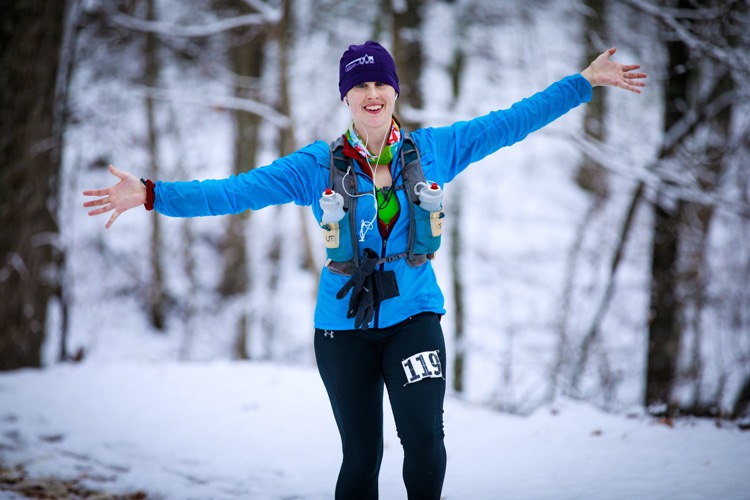 As expected, Thompson and Revenis took the early lead with Thompson taking a two-minute lead over Revenis through the halfway point in the race at Little Cove Mtn (33 miles). From there to the finish, Thompson gradually pulled away to win the race finishing in 11:22:10 and also setting the Beast Series record. Revenis took second place in 11:48:37. Gonzalez made a late charge taking third place finishing in 12:04:10. As late as 42 miles, Frank was in eighth place. Thompson also won the Best Blood award for taking a header and receiving a big gash on his face.

The women’s race was tight from the start and stayed that way to the finish. At the third aid station (Camping Gap-13.1 miles) Bright checked in at 2:33 a.m. Moody was one minute back, with Cusick and Schubert three minutes and four minutes back respectively. At 50 miles, Bright was still in first, checking in at 10:22 a.m., Moody coming in at 10:27 and Cusick at 10:29. Schubert seemed to be feeling the effects of doing a 100-mile race only four weeks earlier.

Bright took the win finishing in 13:19:58. Cusick made a late charge to finish less than five minutes behind in 13:24:42. Moody took third place in 13:29:42. The top three women within 10 minutes of each other, now that is a race! Five more women finished under 14 hours, a great women’s field.

Gonzalez and Cusick were also the Masters winners as well. The winners of the Grand Masters were Jan Kriska and Jennifer Russo in 13:56:13 and 16:58:45 respectively. The winner of the Super Masters was Tom DeKornfield in 17:30:06.

There were five runners (The Fearsome Five) who have finished all 14 previous Hellgates. They are Aaron Schwartzbard, Jerry Turk, Jeff Garstecki, Ryan Henry and Darrin Dunham. Each of these runners finished this year and received a shirt with the Fearsome Five embroidered on it.

The 16th annual Hellgate 100K will be held on December 8, 2018. The race limit will continue to be around 140 runners. It is a special race and the race committee will endeavor to keep it that way.