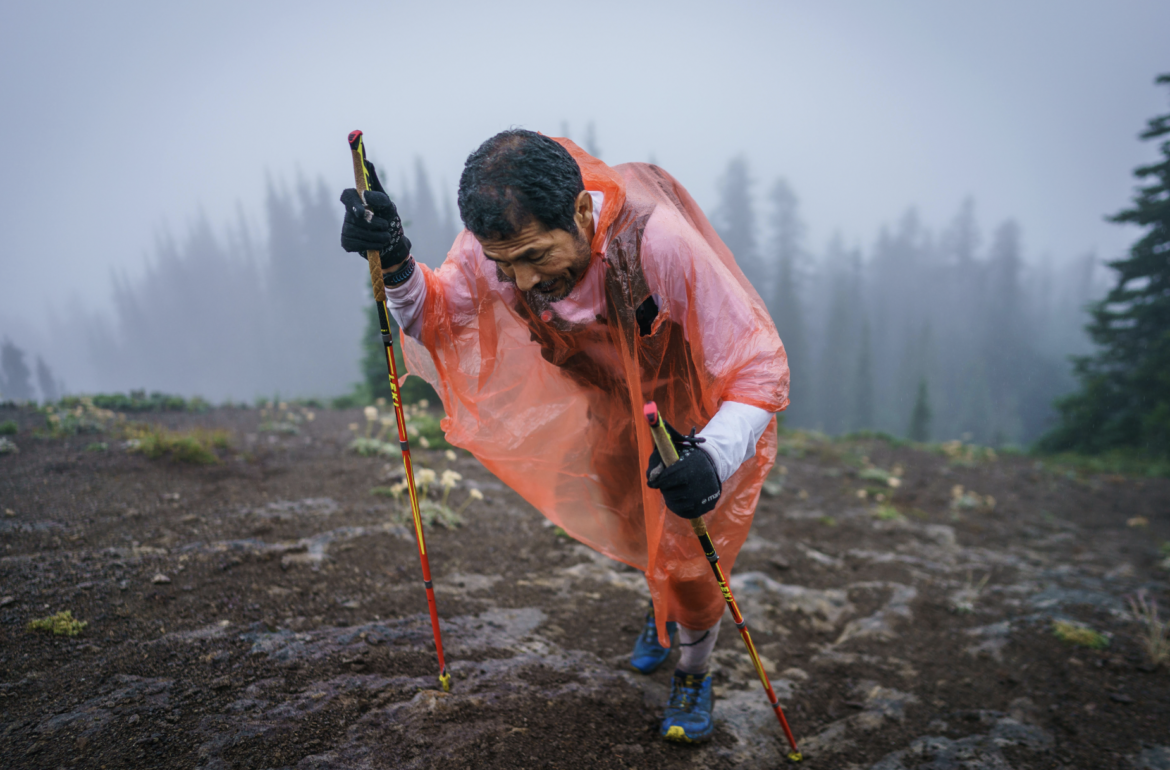 Leaning in at the Bigfoot 200. Photo: Howie Stern

What’s Up in Ultra This Weekend — August 13

This week our UltraRunning Calendar features a nice mix of races from the East Coast to the West Coast, up to Canada and even, Alaska.

Almost two month after its West Coast namesake takes place, the Eastern States 100 in Waterville, Pennsylvania, goes down on Saturday, August 13. The course is actually a 103-mile single loop on 98% single and double-track trails with equal elevation gain and loss coming in at approximately 20,000 feet. With a strict 36-hour cutoff, Eastern States is quickly building a reputation as one of the toughest 100-milers in the country.

Across the country in Sausalito, California, are the Headlands Endurance Runs with four different ultrarunning distances. The 150-mile option kicks off on Thursday, August 11, at 5 p.m., the 100-miler offers two start options: Friday, August 12 at 8 p.m. or Saturday, August 13 at 6 a.m. The 100k race begins on Saturday at 6:30 a.m. and the 50-miler starts just 30 minutes after. All of the multiple-loop courses enjoy vistas of the Pacific Ocean coastline and traverse many of the amazing trails that the Marin Headlands has to offer. Weather permitting, runners will be treated with views of San Francisco, the Golden Gate Bridge, Mount Tamalpais and more of the Bay Area.

In Mount St. Helens, Washington, the Bigfoot 200 Endurance Run is our XXL race of the weekend. Boasting 46,000 feet of ascent and an actual course distance of 209.5 miles, the Bigfoot 200 starts at Mount St. Helens in the Cascade Mountains of Washington state and finishes in Randle, Washington, traversing point-to-point starting on Saturday, August 13 and running through Wednesday, August 17. There is also an accompanying 40-mile race.

The Iron Legs Mountain Races in Stations Flats, Alberta, has three distances to choose from which take you through stunning single track in the Canadian Rockies on Saturday. Whether tackling the 100k, 50-miler or 60k, all start and finish at Station Flats, in Kananaskis just outside of Calgary, Alberta.

Juneau, Alaska, is where we’ll end this week’s What’s Up in Ultra at the Nifty Fifty 50k on Saturday. Canceled last year by Mother Nature, this will be the first time the race has happened since 2019. Did you know that Juneau is the second-largest city in the United States by area? Mostly known for its incredible wildlife viewing, the Nifty Fifty will take you on the Perseverance National Recreation Trail, among others, and into some stunningly beautiful recreation areas just east of the city center.

Additional events on the UltraRunning Calendar include the 21st Annual Waldo 100k in Oakridge, Oregon, the Beast of Burden 50/100-milers in Lockport, New York, the Hamster Endurance Runs 6/12/24/32-hours races in Bellingham, Washington, and the Howl at the Moon 8-Hour in Danville, Illinois.

If you’re racing somewhere else this weekend or know someone who is, let us know by leaving a comment below.