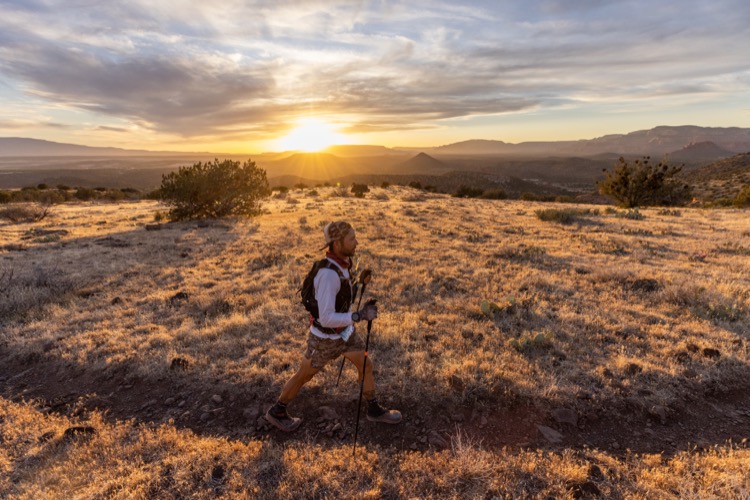 What’s Up in Ultra This Weekend – April 30

Just when you expected a lull in the UltraRunning Calendar after a drama-filled weekend, the ultra race lineup continues to deliver from coast to coast.

Although not officially beginning until next Monday, May 2, the second annual Cocodona 250 beginning in Black Canyon City, Arizona, and finishing in Flagstaff is worth noting as it will be nearly wrapped up by the publishing of next week’s What’s Up In Ultra. The 255-mile point-to-point course across the heart of Arizona links together some of the most iconic trails and towns in the Grand Canyon State.

On the men’s side, the defending champion, Michael Versteeg of Prescott, Arizona, is back, as well as Joe McConaughy of Seattle, Washington, Michael McKnight of Smithfield, Utah, and URM contributor Jason Koop from Colorado Springs, Colorado. For the women, last year’s Moab 240 and Leadville 100 champion, #3 UltraRunner of the Year Annie Hughes from Leadville, Colorado, is the odds-on favorite. Tucson, Arizona, native Brianna Grigsby, last year’s fifth-place finisher Sarah Ostaszewksi from Beaverton, Oregon, ninth-place finisher Jodi Semonell of Omaha, Nebraska, and UR ambassador Jacky Hunt-Broersma are also in the field.

In Eldridge, Iowa, beginning on Saturday, April 30, we have the longest-running fixed-time event in America, the Cornbelt Running Club 24 Hour Run. This USATF track event awards the top female and male winners with unique hourglass trophies.

Due south in Alabama is The Run for Kids Challenge, a 12-hour race held at Shoal Creek Park in Montevallo, Alabama, just outside Birmingham. The race is a 100% charity race with all proceeds going to Smile-A-Mile. Smile-A-Mile’s mission is to provide hope, healing of the spirit and love for the whole family during the childhood cancer journey.

Keeping with our Midwest theme, the Heartland 50 in Cassoday, Kansas, is an out-and-back course on backcountry gravel roads with less than one mile of paved surface. Much of the course meanders through open range with stunning views of the vast expanse of the Flint Hills on Saturday, April 30.

Jumping across the country is another second-year event, the Ridge Route Ultra 50k/50m races just north of Los Angeles in Castaic, California. The course runs high above Interstate 5 on a 100-year-old road from Quail Lake to Castaic Lake with the majority of the course on roads closed to the public in the San Gabriel Mountains.

More events on our UltraRunning Calendar include the Palm Bluff Trail Race and Ultra Marathon 50k in Osteen, Florida, on Sunday, May 1, the Cheyenne Mountain Trail Race 50k in Colorado Springs, Colorado, the Ultra Race of Champions in Montebello, Virginia, and the C&O Canal 100 in Knoxville, Maryland, on the final day of April.

What’d we miss that you’re lining up for this week in your hometown? Leave a comment below and let us know how it goes.