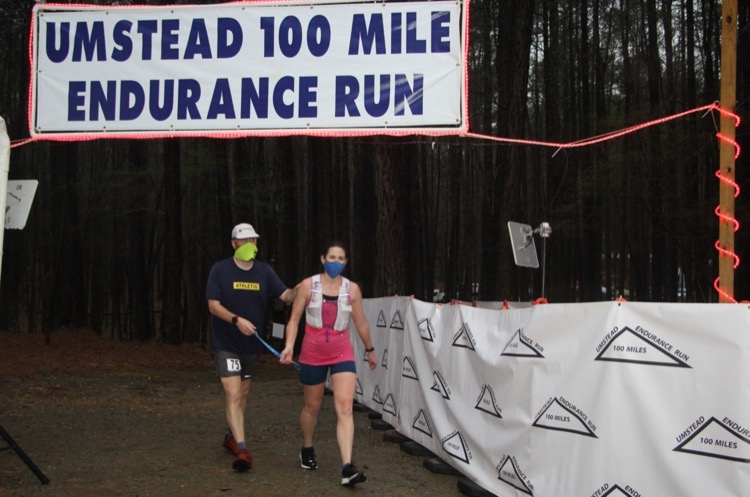 What’s Up in Ultra This Weekend – April 2

Highlights of this week’s UltraRunning Calendar feature early spring classics on both coasts, the revival of a PNW favorite and a smattering of races with various distance options all over the map as we inch closer to summer.

We have to start at the 43rd annual American River 50-miler (AR50), slated to begin at 6 a.m. on Saturday, April 2. AR50 is one of the largest 50-milers in the United States with over 300 runners traveling from across the country to compete. The mayor of Folsom, California, will be at the start of the race while the mayor of Auburn is expected at the finish line of this point-to-point, fairly fast 50.

The 27th Annual Umstead 100 (and accompanying 50-miler) in Raleigh, North Carolina, is one of the must-do hundreds on the East Coast going down on April 2. Featuring a rolling, mostly groomed, 12.5-mile trail loop in Umstead Park that runners must complete eight times, the race, as the website says, is “just a run in the park” and “getting lost, even for a short time, will be difficult.” Great for those wanting to run either fast, self-supported, with a crew or are just looking to spectate a grand old time.

Bouncing back to the West Coast, we enthusiastically welcome the Gorge Waterfalls back into the fold after a 4-year absence from the schedule. The former Western States Golden Ticket race is offering both a 100k on Saturday and a 50k on Sunday, April 3, with both races running through the heart of the Columbia River Gorge near Cascade Locks, Oregon.

Keith Laverty from Bainbridge Island, Washington, Drew Macomber from Bend, Oregon, Joe McConaughy from Seattle, Washington, and David Laney from Portland, Oregon, headline the men’s 100k field. Hannah Lafleur from Seward, Alaska, Paige Pattillo from Ellensburg, Washington, the most recent URM podcast guest Ellie Pell from Brockport, New York, and Hillary Allen from Fort Collins, Colorado, lead the way for the women in the 100k. Cash prizes will be awarded to the top three female and male finishers: $3,000 for first place, $2,000 for second and $1,000 for third.

If you’re in the southwest, boogie on down to the April Fools Tour de Sedona 50k put on by the former URM publisher and current contributor Tropical John Medinger. Run in typical Fat Ass tradition, there’s no fee, zero course markings and is a very minimally-aided event that begins on Friday, April 1 at 6:30 a.m. Former URM podcast guest Darcy Piceu of Boulder, Colorado, and Ian Torrence of Flagstaff, Arizona, are on the start list.

A few more races include the 20th Annual Oak Mountain 50k in Pelham, Alabama, the Rockin’ K 50k in Ellsworth, Kansas, and the Hells Hills 50m/50k in Smithville, Texas, all starting on Saturday, April 2.

What’s Up In Ultra for you this weekend and what are you looking forward to later in April? If you’re in need of a race and these seven don’t strike your fancy, be sure to check out the other races on our calendar where there’s something for everyone, no matter where you live in North America.