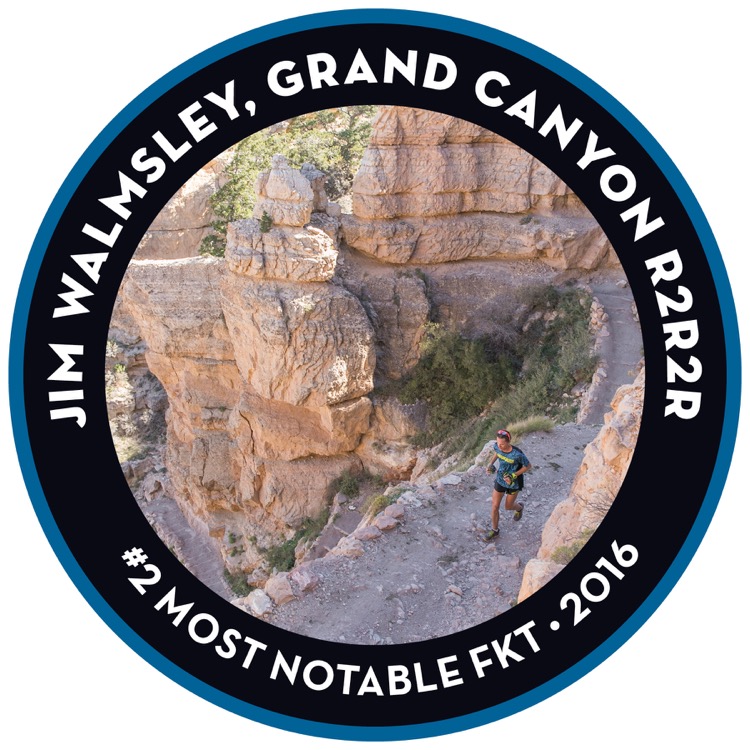 Walmsley and Monforte named #2 Most Notable FKT of the Year

The best ultrarunner in the US knocked this one out of the park and was recognized for it. Records have been kept on this uber-route for decades, recently including Anton Krupicka, Dave Mackey, and Dakota Jones, with Jim taking 25 minutes off Rob Krar’s 2013 time. In the process he blazed South-North Rim in 2:46 which is an FKT itself. Walmsely covered the 42.2 miles in 5:55:20.

Jim Walmsley is a 27-year old ultrarunner living in Flagstaff, AZ. Walmsley has completed 14 ultras and has won 10 of them, with course records at the JFK and Lake Sonoma 50-milers and the Bandera 100K. Walmsley was on course-record pace at Western States 100 last year until going off course at mile 90, and he has vowed to return and hold CR pace through to the end of the race this year.

The JMT is one of the world’s best long trails, as it crosses many Wilderness Areas and a couple of National Parks but no roads for its entire 223 miles, starting from the highest mountain in the Lower 48 and finishing in the iconic Yosemite Valley. Amber’s 4 day, 1 hour, 13 minute performance would have been the overall record 17 years ago. This is one of the most contested long trail routes, and the first solid Unsupported attempt time by a woman.

Amber Monforte is a 38-year old nurse living in Reno, NV. Monforte has a long resume of triathlon accomplishments, including Amateur and World XTerra Championships in 2005, and an Ironman PR of 10:12. But it was winning the 340 mile Canadian Ultraman in 2009 that revealed her special aptitude at multi-day endurance challenges.