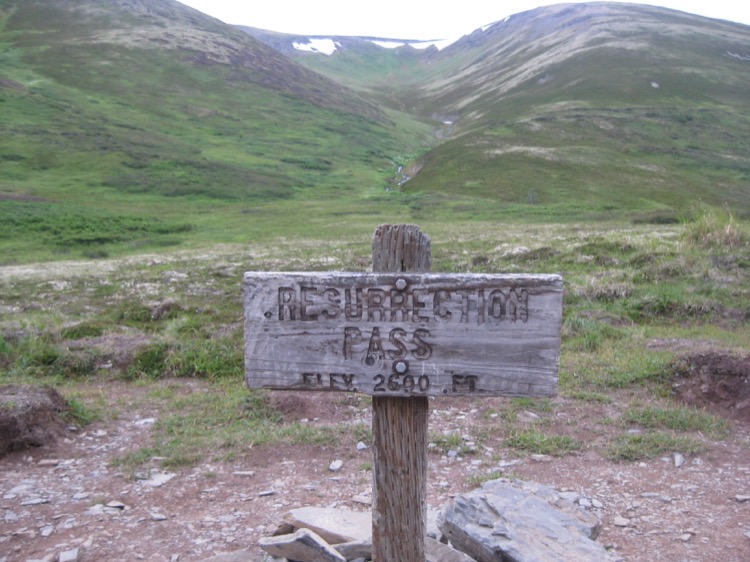 Alaska is fabulous. After departing Anchorage, you’re welcomed to a wilderness of spruce/birch forests, mountains, rushing streams and rivers, tranquil stretches of open water offshore and wildflower choked undergrowth of moss and fern in the forest. The Resurrection Pass Ultras showcase the Resurrection Pass area of the Kenai Peninsula south of Anchorage between the towns of Hope in the north and Cooper Landing in the south, which comprises just one tiny corner of the vast miracle that is the state of Alaska.

The event includes both 100-mile and 50-mile races, and are billed as “low-key” fun runs. That is, they are largely self-supported. But believe me, these races are very “high-key” when it comes to adventure. The trailhead where the 100-mile race begins is already five miles deep in the forest down a gravel road from the center of Hope. After a 2-mile out-and-back on the road to get the distance correct, we crossed a footbridge over Resurrection Creek and turned left toward the first aid station, which was about 40 miles away. 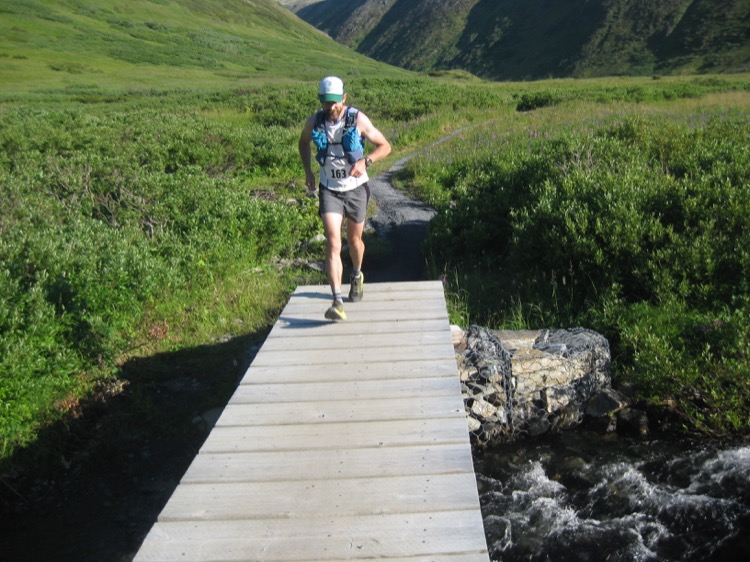 Bears are a big deal in Alaska and everyone who ventures out into the woods is advised to carry bear spray and make some noise, especially when running in the dark. I was initially reassured that there were only brown bears and black bears in the area. That didn’t sound too bad until I understood that “brown bears” included grizzly bears. Anyway, the presence of the bears dictated that having drop bags full of extra food was not a good idea so, except for some food and water that we could get from the two aid stations on the course, we had to take everything else we needed on our backs from the start.

With little aid, the need to filter or purify water on the fly, bear and moose ready to either eat us or stomp us to death, carrying a lot more weight than usual, uncertain weather, the state bird of Alaska being the mosquito, a trail with a lot of trip hazards, the night looming in a mountainous wilderness, running mostly alone but surrounded by the drop-dead gorgeous scenery of an alpine valley with rushing creeks, beaver dammed streams, and crystalline ponds and lakes, this was an adventure to remember. 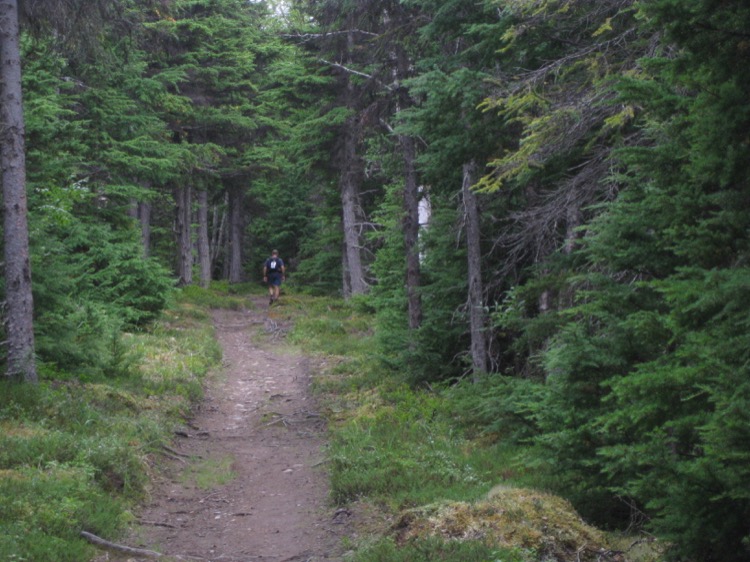 The 19 of us who started the 100-mile race at 3 p.m. on Friday encountered cool and overcast weather as we wound through the forest passing Wolf, Pass, Fox and East creeks on our way up to the open alpine valley of Resurrection Pass at 2,600 feet. After miles of forest, the pass area was treeless and afforded wonderful views of the mountains all around. The trail stayed down near the streams and ponds at the bottom of the valley and the entire course mostly hugged the valley floor, so elevation change was gradual and never severe. There was no mountain climbing, and daylight lasted until about 11:30 p.m.

Dawn broke on Saturday with a clear sky and some aggressive sunshine. At the back of the pack where I lived, we spent the night getting down to Cooper Landing and making the turn back up the trail toward the junction with Devil’s Pass Trail where we were exposed to the full brunt of the sun in the upper alpine meadows of the course. 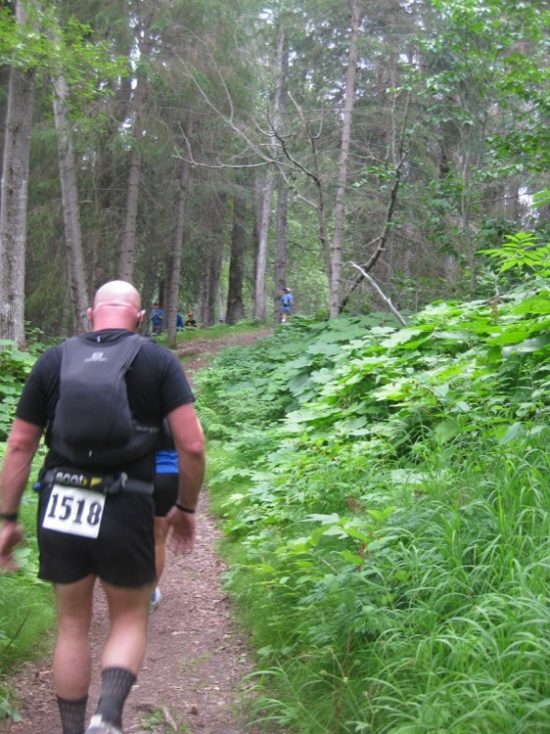 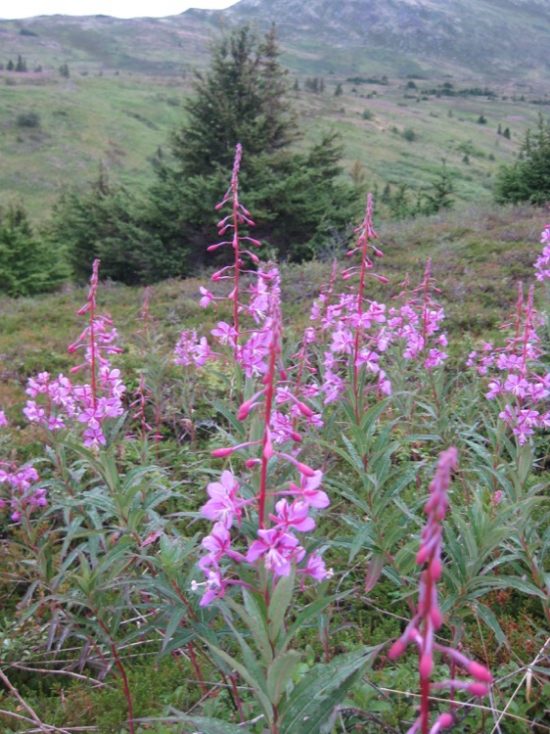 The heat, along with the added pressure of carrying all our worldly goods and having to scrounge for water, burned the 100-mile field down to just nine of us who squeaked through to the finish back in Hope. It has to be said though, that the two aid stations at 42 miles and 68 miles were almost a spiritual experience. Having to run 42 miles and then 26 miles to get to them might have had something to do with that. Race Directors Brandon Wood and Sarah Hurkett were serving food and water to runners down in Cooper Landing. Just having a place to sit down for a while and actually talk to people was a treat. And the crew at Devil’s Pass Trailhead were falling over themselves to help. I indulged in soup with noodles, a couple of sandwiches and spent a good 20 minutes just sitting in the chair to give my muscles a break. One volunteer even doused me in bugspray on my way out. 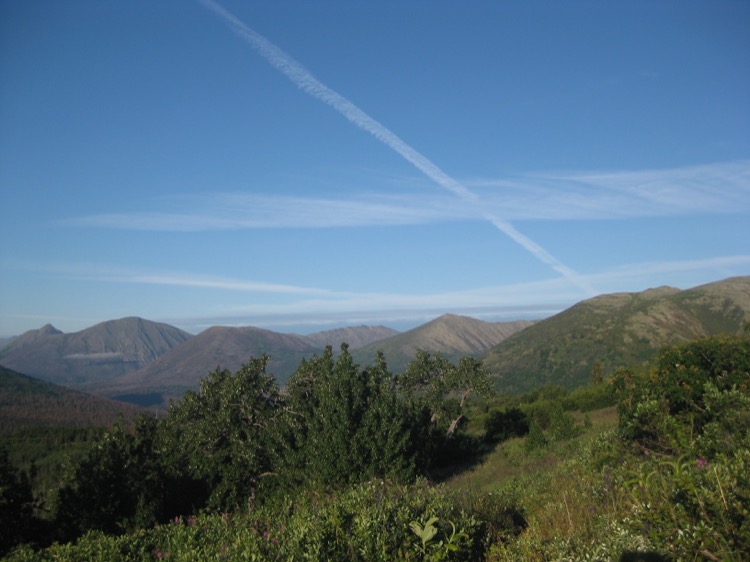 In the end, I didn’t see any of the most notable animals known to inhabit the area. No bears, moose, bald eagles, lynx, wolves, Dall sheep, mountain goats or caribou. I did see lots of rabbits and geese, and I spent quite a while trying to navigate around a family of ptarmigans that wouldn’t vacate the trail. I also saw plenty of signs of beaver habitat and heard a lot of howling at night. All in all, coming to Alaska to run the Resurrection Pass 100 was one of the greatest adventures I’ve had in 25 years of ultrarunning.

Thanks so much for the great write-up and kind words about our race Gary. It was a pleasure to have you there!

Thanks! It was fun to read and dream…