Peterson and Tollefson named #6 2019 UltraRunners of the Year 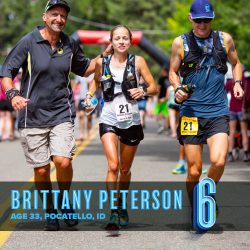 Brittany Peterson is sixth in the 2019 UROY voting. She won the Bandera 100K to earn a golden ticket to Western States, where she finished a strong second. Later in the summer, she was fourth at the Tromsø SkyRace in Norway. A native of Minnesota, Peterson teaches occupational therapy at Idaho State University in Pocatello, Idaho. – John Medinger Photo: Jesse Ellis 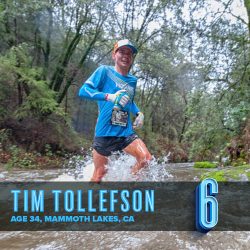 Tim Tollefson is the sixth-ranked runner in 2019. Tollefson won four ultras in three different countries – chief amongst them, the Lavaredo Ultra-Trail, a 120k tour of the Italian Dolomites and one of Europe’s most prestigious races. Tollefson lives in Mammoth Lakes, California, with his wife, Lindsey. – John Medinger. Photo: Luis Escobar