Hammond and Stanley named #8 2018 UltraRunners of the Year 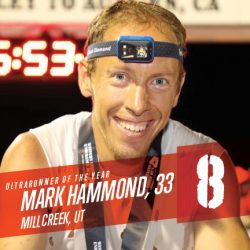 Mark Hammond checks in at number eight in the 2018 voting. The highly consistent Hammond placed third at Western States 100 and second at Run Rabbit Run 100 – both places identical to the previous year. He also finished eighth at Ultra Trail Mt. Fuji in his first international race. He lives in Millcreek, Utah with his wife Annie, and celebrated their first anniversary on January 13. Photo: Bryon Powell/irunfar.com 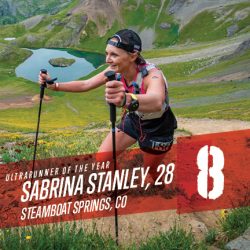 Sabrina Stanley is the eighth ranked woman for 2018. Stanley won the Hardrock 100, despite not knowing she was going to clear the wait list until a few weeks prior. She also won the Marathon Trail Lago di Como 74-mile race in Italy and placed third at HURT 100. Originally from Western Washington, she now lives in Steamboat Springs, Colorado. Photo: Terrence Siemon/Adventure Pro