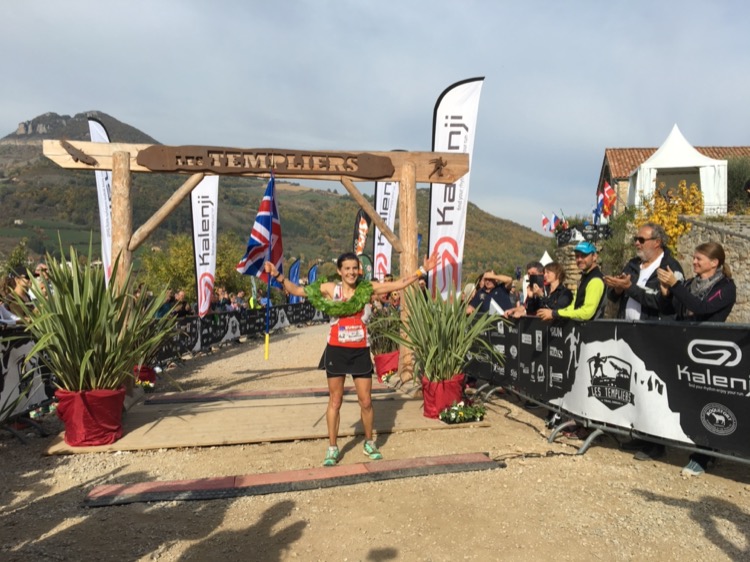 One of the things I love about trail running is exploring and experiencing different landscapes in a unique way. We get to explore areas that aren’t accessible by vehicle and cover distances more rapidly than walkers. This nature of exploration might be summiting a new-to-you local peak, or it might mean traveling far across the world. Either way, for me, there is nothing better than running through a landscape and being completely immersed in it. In my prime running years, I was lucky enough to experience some amazing landscapes and trails, and one race that has stuck with me for its scenery and local culture is the Grand Trail des Templiers.

Grand Trail des Templiers is a 50-mile race in the hills around Millau in southwest France. The terrain of Templiers is much more “real” France with modest climbs, a subtle landscape and buildings which are far more historic than more populated areas of the country – think aid stations in medieval homes. Racers make their way through villages with cobbled streets and irregular stone stairs, while views of old castles and churches on the cliffs high above the rocky, but often runnable, dirt trails take your breath away. Grand Trail des Templiers truly feels like stepping back in time.

The Grand Trail is the banner event of a three-day trail running festival, so while the 50-mile race has a 2,500 runner capacity (though no lottery) there are over 13,000 runners who take part throughout the weekend in anything from a kids’ 3k race to a night race to the longest race – 67 miles with 16,000 feet of gain. There’s an event for everyone, and with runners coming and going from the race headquarters all weekend, there truly is a festival vibe. With such a large field of racers, everyone feels at home.

While the race scenery itself is stunning with towering cliffs and rivers running through ancient gorges, Millau, a town of 22,000, is famed for its viaduct (the tallest cable-stayed road bridge in the world) and its tannery, where leather gloves have been made for over two centuries. Roquefort, a blue sheep’s milk cheese, is made nearby and you can visit the caves where it’s produced (or sample some that will be offered at one of the race aid stations). Another highlight of the area is the commune of Couvertoirade – a well-preserved fortified town built by the Knights Templar in the 12th and 13th centuries.

So, if you are looking for an international race that feels a little lower key and less commercial, the Grand Trail des Templiers might be for you. It’s held in late October every year, which can mean some wonderful summer training for those of us in North America. And be ready to train hard – while there are no 3,000-foot climbs like the ones in the Alps, Templiers is difficult because of its varied terrain. The course switches from fast and furious rolling sections akin to a road race, to knee-jarring descents on loose rocks and crumbling dirt. Plus, those moderate climbs soon add up – the almost 12,000 feet of gain over 50 miles demands to be respected.