Gerbin and Hawks named #5 2018 UltraRunners of the Year 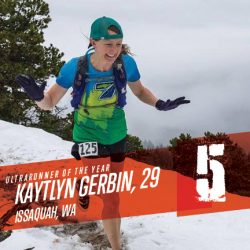 Kaytlyn Gerbin is ranked 5th among the women for 2018. She set a course record while winning the Bear 100, was 2nd at Western States and 10th in the World Trail Championships in Spain. Gerbin, who has a PhD in bioengineering, is a scientist at the Allen Institute for Cell Science. She lives in Seattle with her husband, Ely. Photo Glenn Tachiyama 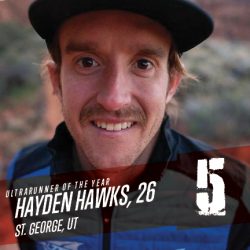 Hayden Hawks of Ivins, Utah is the 5th ranked runner for 2018. The former Southern Utah University track star raced five times during the year, all of them internationally. He won the prestigious Laveredo Ultra Trail in Italy, one of Europe’s most competitive ultras, and also won races in Spain, India and France. Photo: Karel Bracko