“Faster than any men!”

“Solid effort and overall FKT! What’s not to love?” 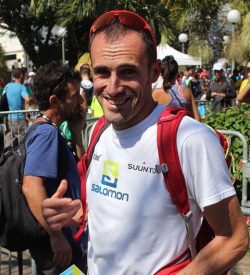 A Colorado classic that has attracted international attention, this is a very sturdy route: 14 summits over 14,000’, about 100 miles, 44,000’ of vert, about half off-trail. Iker bested Andrew Hamilton’s time from June (see above) by 6h, 2m, including significant time spent being lost.

“It’s all about route finding and game-time decisions when shit hits the fan (which it will when there is no trail).”

“This is number one for me because it’s super demanding, physically and mentally, requiring a sense of adventure and braving the elements, and it’s very prestigious.”

“Iker didn’t bring the massive Euro support machine, but rather slotted himself into the local culture and ethic. He’s humble, and he’s really good.”