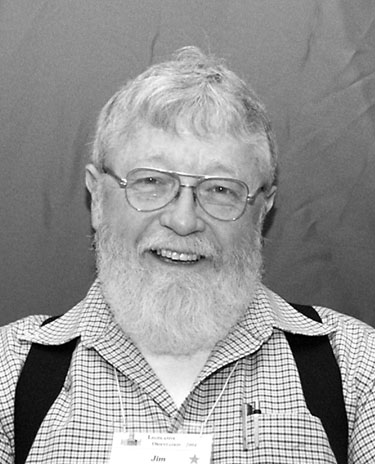 Randolph, Vermont, July 29. Jim Hutchinson, who for the last eight years was Race Director of the Vermont 100-Mile Endurance Run, died
yesterday of an apparent heart attack. He was 60. Hutchison was also the President of the Vermont Adaptive Ski and Sports Association,
which is the sponsoring organization of the Vermont 100. In addition he was a Democratic Representative to the Vermont legislature.

Hutchinson took over the race director position from race founder Laura Farrell in 2001. Despite not being a runner and having no previous
race directing experience, he continued to refine the race’s presentation and extended the event’s prominence as one of the top ultras in
the country. A big bear of a man, he was known for his jovial smile, booming voice and wry sense of humor. A lifelong resident of Randolph,
Vermont, Hutchinson is survived by his wife Leslie and two children, Richard and Julia.

Zeke Zucker, who is a member of the Vermont 100 race committee, noted, “Jim was just one of those wonderful individuals who simply made
your day by his mere presence. I looked forward each year to the Vermont 100 as much for being able to be around him as for the event.
I miss the big teddy bear already.”