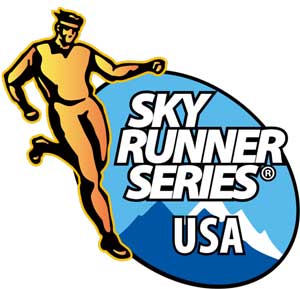 Nineteen quality races, three disciplines, the same winning formula. Building on the success and inspiration of the inaugural 2014 US Skyrunner® Series, 2015 continues the natural expansion of international Skyrunning events that have captured the imagination of runners globally. There are now Skyrunner®National Series in around 30 countries, including the US.

Top level competition is expected to compete for the huge Series prize purse of over $50,000 with $5,000 available for the overall Ultra Series winners. Individual race winners in Ultra or Sky races generally receive at least $1,000, with $100 or more for VK winners.

2015 also sees the addition of the North American Skyrunning Continental Championship at the Audi Power of 4 50k (Ultra) and Flagstaff Sky Race (VK and Sky). Each continents’Skyrunning Continental Championships score points towards the Skyrunner® World Series, the premier global mountain running series. In addition, the RUT is part of the Skyrunner® World Series for the Sky, Ultra and VK distances.

Ultrasportslive.tv is the official media partner of the US Skyrunner® Series, providing live and pre-recorded video of the races.

With multiple sets of races in the Skyrunning family, here’s a simple guide to them all.

Skyrunner®World Series (“SWS”) – the foundation of the global Skyrunning movement, with 5 Sky, 5 Ultra and 5 VK events across the world with extremely high levels of competition. Runners score with their best 3 of 5 races from this Series plus 1 more from the new Skyrunning Continental Championships.

Skyrunning Continental Championships (“SCC”) – new in 2015 to allow runners to have an extra race locally to count for the SWS points.

Skyrunner® National Series (“SNS”) – started in 2014 in multiple countries around the world to extend the concept of Skyrunning for more people to enjoy. Generally the same 5-5-5 format as the SWS with the best 3 of 5 races scoring for the SNS. Some SNS races are also in the SWS and SCC. In the US, the local SNS is the US Skyrunner®Series.

Skyrunning World Championship (“SWC”) – occuring every four years, this is the Olympics of the Skyrunning movement. It occurs with multiple disciplines over a single long weekend. The last SWC was at Chamonix in 2014.

Details of the US Skyrunner® Series

Seven Sky, seven Ultra and five Vertical K races are distributed across the country, offering expanded opportunities to run in some of the most beautiful locations in the US.

450 miles of racing including over 150,000ft feet of vertical gain with inclines that will truly push the best mountain runners to their limits and offer unique experiences for every competitor. Distance + Vertical = Skyrunning.

Legendary, iconic and prestigious events make up the calendar, with many of the Vertical races doubling up with Sky and Ultra events. The majority of the races have been created or adjusted specifically for the US Skyrunner® Series, broadening the scope of competitive and spectacular Skyrunning races globally.

As Ian Sharman, the Director of the US Skyrunner® Series states: “Ever since I first saw Skyrunning at Transvulcania, it captured my imagination with the audacity and beauty of the courses and sheer difficulty of the races. The events are some of the toughest around but leave runners wanting more, from the leaders to the back of the pack. So I’m really excited and honored to bring the original Skyrunning concept to the US on a wider scale with some of the most exciting races around.”

Videos of some of the races can be found at the following links to give a clearer picture of what the US Skyrunner®Series is all about:

VERTICAL
1. NORTH CAROLINA: Quest for the Crest VK – Burnsville – May 30

Details of the Continental Skyrunning Championship

Other continents are also holding Skyrunning Continental Championship events that will score towards the overall Skyrunner®World Series.

The three best results in each Series discipline are scored in the overall ranking for each runner. Ranking points in the final races of all three Series are increased by 20% then rounded. In the result of a tie for a podium position, head-to-head results are considered with the Series final as the most important result.

Total prizes: Over $50,000 available across the entire Series with prizes up to $5,000. Every race has prize money.

The US Skyrunner® Series can be found at the following online locations: