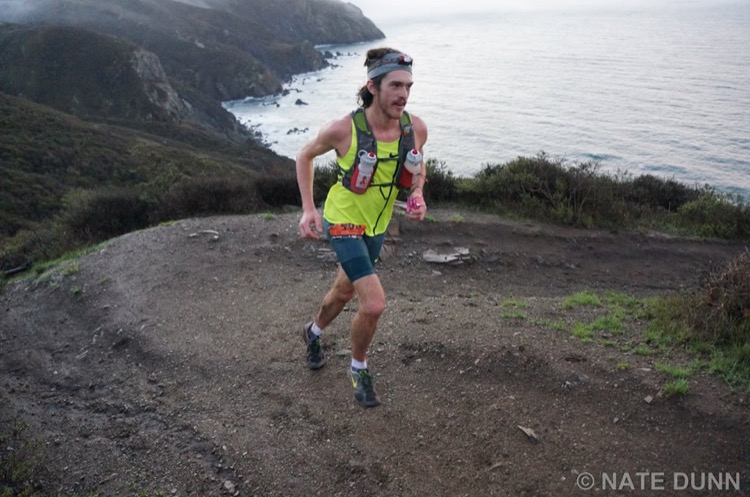 This week U.S. Skyrunning announced its 2016 Race Series, which scales back the total number of races in order to promote more head to head competition. Reflecting on this year’s series finale, we interviewed Dan Kraft, who raced to a repeat victory at the Flagstaff Sky Race 55K earlier last month. The race served as the Ultra Series Championship for the 2015 U.S. Skyrunner Series as well as the North American Skyrunning Continental Championship.

Kraft  has steadily ascended the ranks of U.S. ultrarunning the last few years. He’s a member of the Nike Trail Elite team and originally hails from Colorado. Kraft currently lives  in Issaquah, WA, working the harvest at a small winery, continuing his education from a recently completed Master’s degree in winemaking at Oregon State University.

Quick & Dirty: How did the Flagstaff Sky Race 55K race play out? Were you satisfied with your performance? How did the experience at this year’s race compare to last year?

Dan Kraft: Given that this was a later season race and I had been dealing with some recurring hamstring tightness, I tried to have a conservative mindset going into Flagstaff. I ran a couple early miles with Ashley Erba and kept the leaders in sight. During both climbs of Mt. Elden, I stayed relaxed behind the leaders and then took the lead on the downhiills after having spent less time at Sunset Aid than the others. At Schultz Aid (at 17 miles), Gabe McGowan and Cody Lind passed me; it was a struggle to keep them in sight over the next nine miles, which undulate across Ponderosa pine forest. However, by the time we passed Kachina (at 26 miles) they were both starting to tire, and I was able to use my course experience and hiking ability to pull out the win.

Overall, I was happy with my performance. It would have been highly satisfying to improve upon my 2014 time, but given the lack of volume and altitude in my training, it was surprising that I was less than six minutes off. For me, the steep last 10k of the race wasn’t quite as awful as last year, but the middle was much more difficult.

Q&D: This year the Flagstaff 55K is the only Sky Race you ran. Do you have any interest in competing in the Series in the future?

DK: I would love to compete in the Series in the future, not only the U.S. Series but also the World Series as well. This year I had the opportunity to go to Zegama in May, so I chose that over Quest for the Crest (which looks very beautiful and challenging), and then the hamstring issue caused  me to miss The Rut last month. I also really want to run Angel’s Staircase, but unfortunately the extreme wildfires have caused that one to be canceled two consecutive years. I think the Series is a great way to reach out to American runners and help them experience the sport of mountain running.

DK: I’ll be returning to The North Face Endurance Challenge 50 Mile in Marin County in December. It should be fun to take another crack at it and to race alongside several of my Nike teammates.

Q&D: Looking at your mountain-, trail-, ultrarunning background, you clearly have an affinity for the more rugged stuff. You got an early start with impressive runs at the Bridger Ridge Run outside of Bozeman, MT (2nd behind Mike Wolfe in 2012, 1st place in 2013). What draws you to rugged courses and courses with a lot of vertical?

DK: There are two main reasons I’m attracted to more technical/hilly courses. First, as Tony [Krupicka] might say, I’m slow. On a flat and smooth course I’m not going to stand much of a chance against the top runners. The second and main reason is that I love mountains and I love going uphill. To me, running up and down mountains is the closest thing to flying. I have had an interest in ascending peaks since my dad took me up Mt. Elbert as a 9 year old. In high school I ran cross country, but it wasn’t until college that I realized it was possible to combine running and mountaineering into a single pursuit. These rugged courses are often the most beautiful as well. Granted, the Ridge Run is technical enough that you don’t get to gawk much at the views until you’re three quarters of the way done, but the microcosms are just as worthwhile.

Q&D: You ran the Zegama – Aizkorri Marathon in May 2015, an iconic race in the Basque Country of northern Spain, where I believe you were the top American with a 19th place, 4:18:37. The Zegama course seems very tough and the atmosphere incredible. How was this experience and how did you choose to race Zegama? Any plans to go back?

DK: Zegama was an incredible experience and I am so grateful to have had the opportunity to go. I first heard of the race when hanging out at Alex Nichols’s cottage in December of 2012. He showed me the 3D course and said he was going to race it the following year. I was inspired so much by the course that it remained on my mind ever since. I didn’t even know anything about the crowds until Alex went to race. The people are amazing. Thousands of them come out to watch, and many hundreds climb up the mountains in the rain and wind. You see young children and old shepherds and every age in between, all of them screaming at you “animo!” or “aupa!” with such bravado it feels like you’re the only one they came to cheer.

The course is definitely steep and difficult, but it’s not as bad as people say. Because these are lower elevation coastal mountains, the terrain doesn’t resemble the Rocky Mountain West. The most technical part is traversing and descending Aizkorri—a jumble of wet rock followed by a slip-and-slide of wet grass with sharp rocks scattered all about. I certainly made some locals laugh during that section. I would love to go back but it won’t be next year; I’m getting married the same day!

Q&D: You ran for Colorado College, where other trail running studs like Alex Nichols and Anton Krupicka competed. Did this connection influence your relatively early entrance into the trail and ultrarunning scene?

DK: My friendships with Alex and Tony played a huge role in my entrance into trail running. I owe a lot of my success to them. I think back to runs that they took me on when I was still at Colorado College (CC) and feel so lucky to have had those experiences. Like I said, I didn’t really understand that one could be a “mountain runner” until I learned it from them. The Pikes Peak region and the atmosphere at CC is really conducive to exploration and provides a great transition from competitive track and cross country into trail and mountain running. At CC, we have Monday mountain runs, where the team drives out to the mountains in vans and is given two hours to hit the trails. Alex would always run back from the mountains to campus when I was a freshman, and by the time my senior year came I did so as well. For me, it wasn’t the best decision for my cross country season, but it was the best decision for my future in trail racing (and for my spirit!).

Q&D: You joined the Nike Trail Elite team after a breakout, 4th-place performance at the 2013 TNF – ECS San Francisco Championship. How has running for the Nike team affected your running, and what’s it like to run for the running (and sports) behemoth?

DK: Running for Nike Trail Elite has been a special experience. I have access to the huge breadth of clothing and shoes that they produce, and they are very supportive of traveling to races. I never dreamed that I would become a sponsored runner, let alone by a company like Nike. My daily training and mountaineering adventures are basically the same, but it can be difficult to hold back from racing, since I want to represent the team well and often. We have a great group of people and it has been a lot of fun to get to know them, and to work with some of the folks at Nike on prototype products.

Dan Kraft runs for the Nike Trail Elite team. You can follow him on Twitter @dkraft2. Now that he’s finished his studies, he’s working on a blog, so keep an eye out for that in the near future.