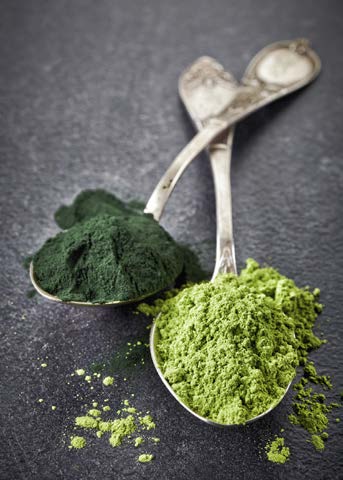 Superfoods for the Ultrarunner

If you didn’t catch “Superfoods for the Ultrarunner: Part I” in the September 2015 issue, definitely check it out. This month’s Part II article discusses more “exotic” superfoods. These are foods that have been around for centuries in other cultures and have recently become more mainstream with the American public. They can now be found in most major supermarkets nationwide. Calling a food a superfood means it offers additional health benefits. This article will discuss the superfood, what it can do in regards to exercise and how to incorporate it into your routine.

Maca is a root vegetable originally cultivated in Peru, where the Incans consumed it before going off to war in order to sustain energy levels while fighting in battle. It is believed to do so “by allowing the body to increase its efficiency of oxygen consumption. Surges of oxygen naturally awaken the body and mind: allowing us to think clearer and move longer. It also nourishes and regulates the pituitary gland, which in turn creates homeostasis and allows the body to work more efficiently. It increases strength and endurance by allowing additional glucose in the blood stream, making it great for continued exercises after extended effort,” reports Manuel Villacorta, MS, RDN, author of Whole Body Reboot: the Peruvian Superfood Diet.

For this reason, maca is very good for pre-exercise fueling. Villacorta suggests adding maca to a pre-workout shake and he offers a few options on his website. Vega offers products containing maca, such as the Vega Maca Chocolate, Vega One Shake and Vega Sport Recovery Accelerator. Vega’s Education Manager and Fitness Expert, Andrew Raines, RHN, who is an ultrarunner, states that maca can also be used in recovery since it reduces inflammation by reducing the speed of stressful impact from exercise. Maca is a good source of amino acids and can nourish adrenal glands tired from the stress of exercise.

The use of goji berries, or wolfberries, stems from ancient China, where they were used for increased longevity, improved energy and enhanced stamina (both sexual and physical). Like maca, goji berries are an adaptogen, which strengthens the immune system, helping it deal better with stress. Research studies in China suggest that the sugar chains found in goji berries may protect cells from the effects of extreme exertion by preventing oxidative stress after extended exercise. Not only can goji berries assist with recovery, their natural sugars can also boost one’s endurance. The best time to take goji berries is before and/or during a workout. By taking goji berries pre-exercise, the body has time to digest and absorb the antioxidants, which will assist with recovery post-exercise. Eat goji berries as a snack by adding them to your trail mix. You can include dried goji berries in your cereal, oatmeal or yogurt. One serving of dried goji berries is ¼ cup, which gives you 13g of carbohydrates, 4g of protein and 3g of fiber.

Spirulina, or blue-green algae, is a plantlike organism found in the ocean and some fresh water lakes. Spirulina has a lot of protein and a high amino acid profile, similar to what’s found in milk and meat, due to its branch chain amino acids. It is also a great source of iron and is high in vitamins B, C and E. Studies suggest that spirulina optimizes performance and prevents muscle damage. One recent study found that subjects running on a treadmill at an intensity of 70%-75% of their VO2 max for two hours had spared their glycogen (primary energy) stores, meaning they used less carbohydrate oxidation and more fat oxidation. In addition, they had reduced muscle damage and inflammation and took longer to fatigue. A serving size is one teaspoon of the powder or 4-6 tablets depending on the source you buy. A regular dose is 6-10g per day. Add spirulina to your pre- or post-workout shake.

These aren’t just your household pet anymore. Chia seeds are loaded with omega-3 fatty acids, fiber, protein, magnesium and phosphorous. Villacorta explains that exercise creates stress for the body, which in turn causes inflammatory effects. Omega-3 fatty acids help reduce these inflammatory factors, thereby aiding in the recovery process. Chia seeds can be easily added into the diet by putting them in your favorite smoothie or shake. Villacorta also recommends sprinkling them over your cereal, oatmeal or yogurt. Take chia seeds before a workout for increased energy and/or after a workout to optimize recovery. A serving size is one tablespoon.

Pick one or two superfoods and try them out for a few weeks. See how it works for your training and routine and go from there.

Sarah Koszyk, MA, RDN, is a Bay Area based Registered Dietitian specializing in sports nutrition and weight management. Sarah has helped hundreds of endurance athletes properly fuel for their events, including ultrarunning, Ironman, triathlons and more. Connect with her at SarahKoszyk.com.