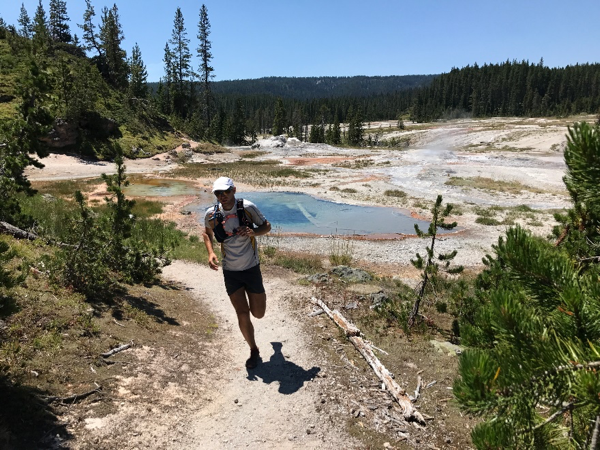 This is the third of five articles, each about a different national park the author visited during the summer of 2017.

With sore legs and full hearts, we made the drive from the Grand Tetons to Yellowstone National Park. Again, with our poor planning skills, we decided to drive to the first visitor center and scout out trailheads where we could crash for the evening. Spoiler Alert: Yellowstone is STRICT about no camping at trailheads and rangers regularly check for crashers.

Unfortunately, all of the paid sites within the park were booked up. These go FAST. If you’re planning a visit to Yellowstone and want to stay in the park, reserve your campsite as soon as possible. The park is extremely large; it spans nearly 3,500 square miles. Plan out your visit in advance and book campsites near the areas you want to visit to maximize your time on the trails. 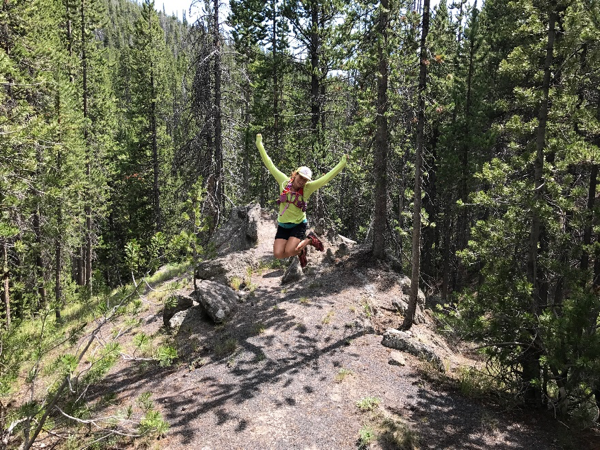 We debated looking into the paid campsites surrounding the park but decided instead to backtrack just outside of the park’s southern entrance to the Bridger Teton National Forest. Thankfully, the forest allows dispersed camping. Just south of the park’s southern entrance is Grassy Lake Road which leads directly into the forest. We followed this route for about half an hour and passed several small campsites which were already full of folks with the same idea.

We crashed at a trailhead for the night which led back into the Tetons. Although the forest is relatively lax on their camping requirements, they do still have guidelines in place. Please follow them to avoid ruining this opportunity for future dirtbaggers.

Since I’m crowd adverse, we opted to run the DeLacy Creek Trailhead and circumnavigate Shoshone Lake. We saw a total of six other people in ~34 miles. The trailhead is in the southern part of the park and boasts small, yet interesting geothermal features. Most park visitors cluster around the most popular attractions and only venture a mile or two along trails at the most. Stick with your trail and be patient. You’ll be able to start running once you pass the majority of the tourist traffic.

I recommend heading around Shoshone lake if you’re feeling masochistic. The first three miles of the trail are well marked and defined. After this, all bets are off. Several bridges were washed out, which meant we needed to ford multiple streams and a marsh. The trail also involves fording a river which at its deepest point hit at my waist. I’m about 5’5”.

We lucked out and hit this part before we were caught in a massive thunderstorm, which washed out several parts of the trail. These obstacles added at least three miles and several hours to our planned trip. I hugged the truck when we finally reached it, just before dark.

Frank informed me later you’re supposed to obtain a backcountry camping permit before taking on this route. I stared at him blankly before realizing the park officials don’t expect right-minded individuals to attempt this in one day. We chocked this experience up as a lesson learned.

Speaking of lessons learned, bring bug spray. The mosquitos were relentless. And sunscreen. Yellowstone, like the Tetons, is at elevation. Frank rarely burns and his calves had a nice pink hue by the time we finished the trail.

We didn’t see nearly the same amount of wildlife as we did in the Tetons. Wildlife activity varies depending on the time of year, time of day and your location in the park. If you’re trying to up your chances of a bear encounter, check out the Mount Washburn Trail. According to Park Rangers, this trail leads through prime grizzly bear territory.

Yellowstone is similar to the Tetons when it comes to bear rules. The park also offers hiking safety guides to maximize your chances of making it off the trails in one piece. Overall, your chances of a bear attack are pretty slim at 1 in 2.7 million, but this rate begins to dramatically increase the further you venture into the backcountry. Here’s looking at you, ultrarunners.

On all of our adventures, we never brought bear spray. We didn’t see any bears in Yellowstone, but we also avoided bear management areas and areas with high volumes of bear activity. I recommend this strategy since running by bears is apparently dangerous. 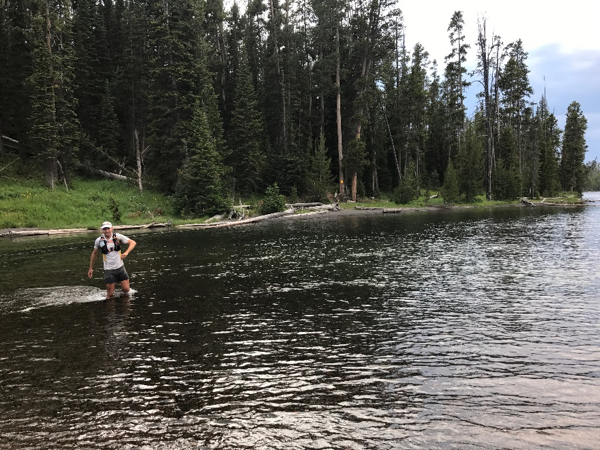 If you’re like us and forget to plan, don’t fret too much. The park boasts cell-reception at the main visitor’s centers and has Wi-Fi available for purchase. Most of the park’s apps use GPS on your phone instead of your cell signal. Download any maps and information you need before heading to your campsite or trailhead.

Are you interested in checking out both the Tetons and Yellowstone? Purchase a dual park pass for $50, instead of paying $30 per park. You’ll save $10 and be able to freely drive between both parks for up to seven days.

This option may not work well in the winter months. Multiple roads are closed, including the main route between the Grand Tetons and Yellowstone. If you’re looking for a snowy adventure, you may want to limit your time to just one park to maximize your experience. The National Park Service’s website provides updated information on road closures and park accessibility.

The visitor centers offer park memorabilia, hot food options, a small selection of groceries and other necessities. During the winter, some visitor centers are closed while others boast shortened hours. We still had plenty of reserves and didn’t need to stop for extra supplies in Yellowstone. I did, however, treat Frank to a veggie burger after our adventure since I told him we’d only be out for about 24 miles. My bad.