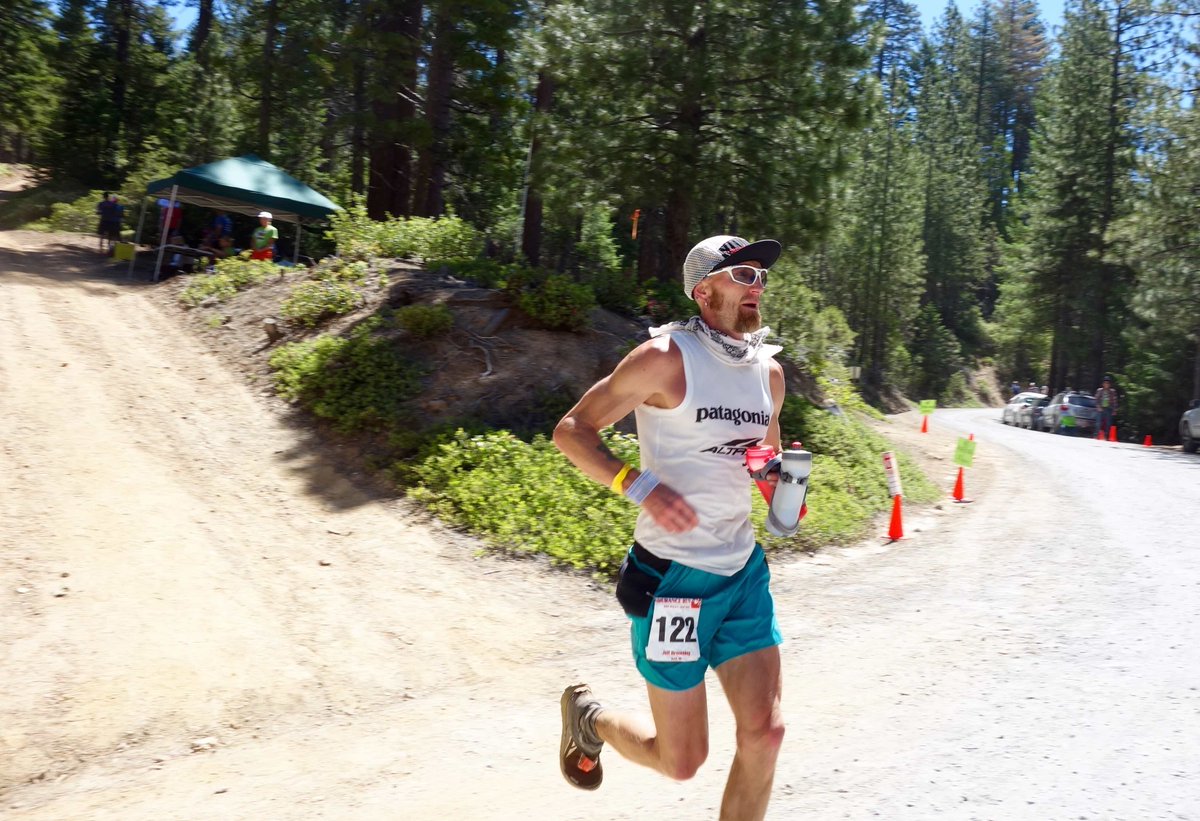 Jeff Browning runs through Dusty Corners on his way to 3rd place at the 2016 Western States 100.

In a sport where race courses span from sweltering desert sand to 14,000-foot mountain peaks, ultrarunners often choose to tackle the 100-mile distance once, if not multiple times each year. But what is it about running 100 miles that’s so tempting?

As a running coach with multiple wins at both Leadville and Rocky Raccoon, Ian Sharman explains some of the allure, “A lot of ultrarunners, myself included, see the 100-mile distance as being the gold standard since it still involves some degree of speed, but also a lot more challenge than shorter ultras. It doesn’t mean you have to complete one to be a ‘real ultrarunner’ but there’s something special about the entire concept of running that far, often running through day and night.”

Do the math and 100-milers top the charts with the most calories burned in a 24-hour window – more than Tour de France, or even an Ironman.  While each sport is unique, the caloric depletion and sleep deprivation certify “hundos” as one of the most brutal when it comes to testing the limits of the human body.

Scott Wolfe, veteran ultrarunner and three-time Western States finisher, offered some insight into why running 100 miles can be such a game-changer, “I think athletes learn more about training for that first 100-miler than any other challenge we have in our sport. I don’t think in the long run it proves to be the best distance for everybody, but the challenge and unknown of choosing to try to complete a 100-miler transforms your perception of what is possible.”

While standard training for 100 miles on the trails usually requires a significant increase in weekly mileage, it also demands an understanding of how to fuel your body for the duration of the race, whether that’s 19 hours or 30.  But how does one prepare for the mental peaks and valleys so often revealed in 24 hours (or more)?

After finishing eight 100-milers over the past four years, Desiree Marek has experienced more of these ups and downs than most, “Whether it takes you 24 hours or 34, you will live an entire lifetime in 100 miles. You will face every demon you never knew you had, and you will learn what you are made of. Despite all of the unknowns, one thing is certain:  you will not finish as the same person who started.”

Despite the thought of stepping up to the starting line of a 100-mile race with so much fear of the pain that may lie ahead, ultrarunners continue to sign up and train for them months in advance. Elite ultrarunner, Jeff Browning has finished twenty-six 100-milers, and won more than half of them. Summing up a race he knows so intimately, he says, “The 100-mile distance is the pinnacle of our sport. It demands not only solid fitness, but deep respect. And, an intricate knowledge and understanding of one’s self to complete successfully.”