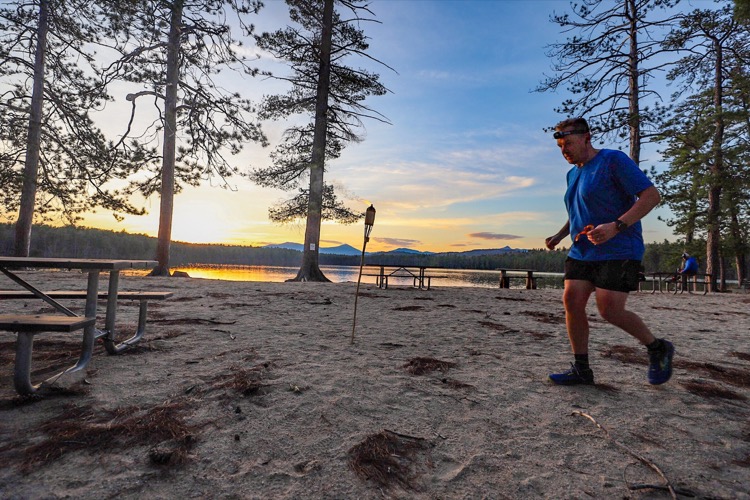 On May 5, 2018 Rockhopper Races launched its first race in the White Mountains of New Hampshire. Although White Lake Ultras was not held on the rugged terrain that the White Mountains are known for, it did provide a variety of trails that went around White Lake. There were beautiful mountain views that could be seen from parts of the 2.9-mile race course as well as snowmobile trails and technical single track. Most of the race went along the edge of the lake. The original course was on trails along the entire lake but flooding made the trails impassible so the course was routed away from the flooded river bank.

Being a first year race there were only 21 runners: three in the 24-hour race, five in the 12-hour and 13 in the six-hour. Although there were few runners, over 260 laps were run! 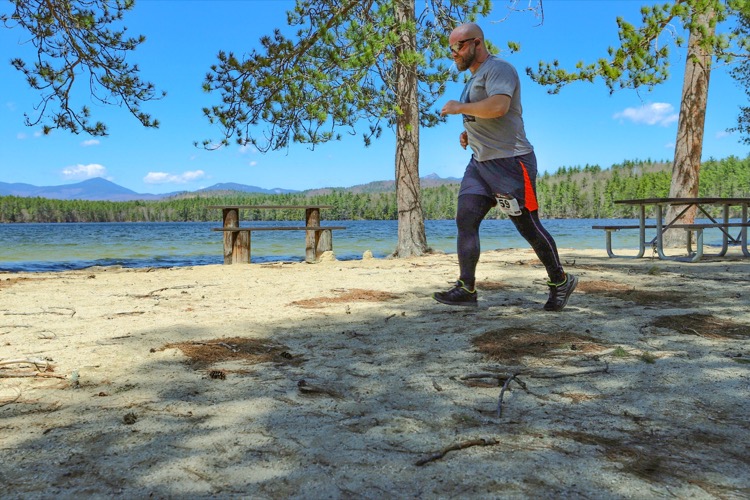 Jess Robinson running along the beach with Mount Chocorua and the Sandwich Range in the background. Photo: Kristina Folcik-Welts

The 24-hour race began at 6 a.m. after a violent wind storm had knocked down trees and limbs everywhere, blocking roads and littering the trail. The race directors ran the course prior to the start to remove downed branches and mark routes around blowdowns. It was still quite windy at the start of the 6 a.m. race, which made for an adventure! The runners ran really well and at noon they were joined by the six-hour runners. As the six-hour runners were finishing up the 12-hour runners started at 6 p.m.

There were tacos, margaritas and the usual aid station fare. During the day, grilled cheese and bacon were the biggest hits. As the day progressed, the tacos and potatoes became quite popular. When nighttime fell, pancakes and bacon were the fuel of choice.

The six-hour race was won outright by Dianne Keenan, who dropped the rest of the runners on the first lap and never looked back, logging 34.8 miles. 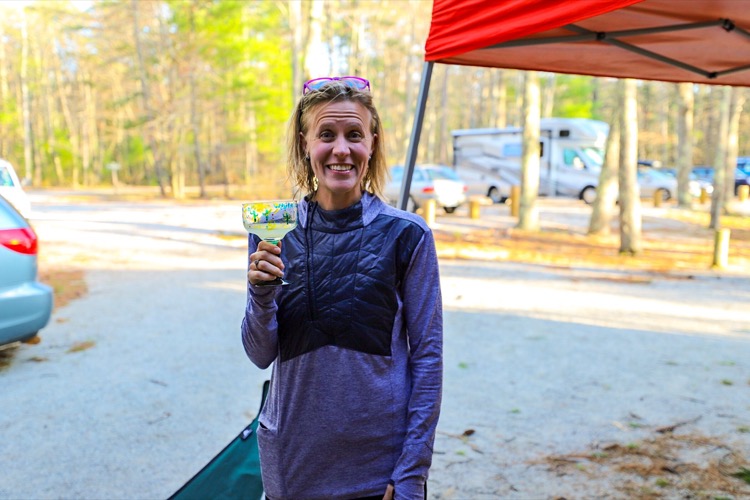 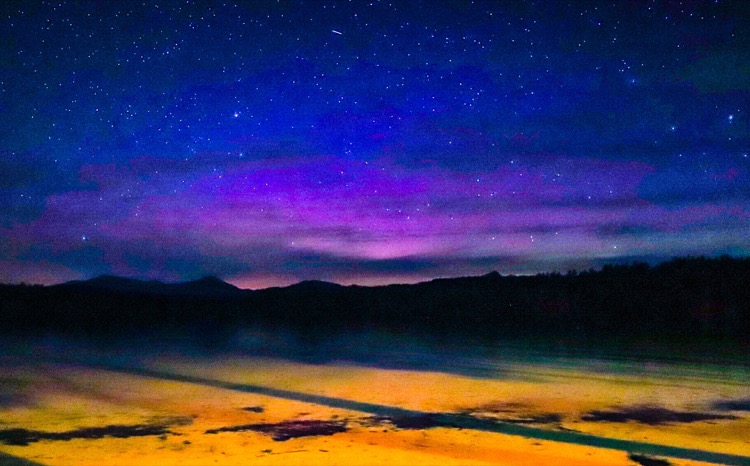 The 12-hour race was full of steady runners who were motivated to get in as many laps as they could. They were also treated to a surprise appearance of the aurora borealis! The eventual winner was Chris Casey who ran steady the entire night and logged 49.3 miles.

The 24-hour race was tight between two runners. Chris Ballou and Claire Robinson-White were tied when Claire ended up having some issues with her feet. Chris took a nap and came back with a smile to win and run his “victory lap” for a total of 60.9 miles.

The course was beautiful during the day but there was something special about taking the turn onto the trail that goes around the lake and seeing the beach off in the distance lined with tiki torches and a bonfire. You could hear the spectators at the start/finish and it made the time fly by!

All finishers received a hand painted margarita glass which they could have filled with a freshly made margarita. Next year the race will once again fall around the week of Cinco de Mayo and will continue with the Mexican fiesta theme.