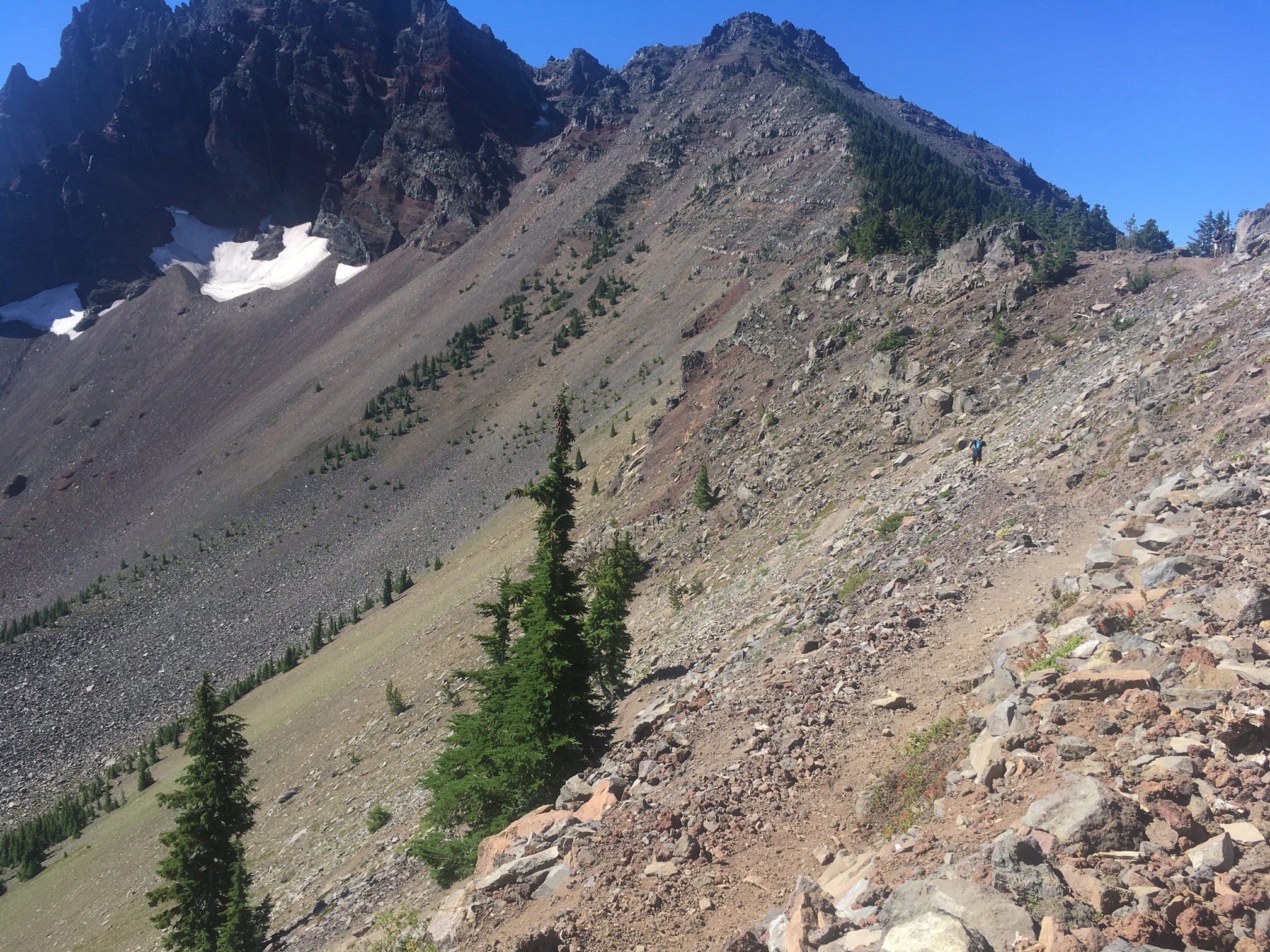 When Race Day Gets Canceled

Wildfire season has arrived, right in the midst of summer training. Due to some of the most hazardous air quality conditions in the country caused by smoke, this year’s Siskiyou Out Back (SOB) Trail Run in Ashland, Oregon was canceled last weekend. Yours truly was registered and ready to run the 20th annual event, which promised to be a smorgasbord of panoramic views, smooth single track and generous pre- and post-race festivities. Apparently type A personalities like myself don’t take disappointment well, especially when it comes to missing a race. So what’s an ultrarunner to do when faced with a cancellation? Join forces with other disappointed SOB-wannabe’s, of course, lick our wounds and create our own mountain adventure.

Unfortunately, the SOB race directors had no choice but to make the call concerning the health and well-being of race participants. Since I had prior experience this year with an unlucky DNS (read about Miwok here), I decided to plan my own adventure and was grateful to have some company. Ashland is just a hop, skip and a jump across the Cascade Mountains from Bend, so it was easy to find a few other locals who were also missing out on their weekend atop Mt. Ashland, the staging area for SOB’s start and finish. While our options for mountain running across Central Oregon are plentiful, the more appealing trails are those furthest from town. Since I had been dreaming about running on the Pacific Crest Trail (PCT) in Southern Oregon (part of the SOB course), it seemed appropriate to spend a little time on the section of the Pacific Crest Trail that’s closest to Bend.

We drove west on Highway 20 until we reached the summit of Santiam Pass (elev. 4,817 feet), and followed the signs to the PCT. There were six of us in two cars, and when we reached the parking lot at 7:45 a.m., it was already 75% full. I’ll admit that it’s been years since I stepped foot onto a trail in the Mt. Jefferson Wilderness – probably somewhere around the time that author Cheryl Strayed was forging away on her thru-hike of the PCT. I couldn’t help but think about how popular the trail had become since I’d once cleared trails for the Forest Service, and how quickly things change. In the summer of 2003, the B&B Complex fires burned over 90,000 acres, 40,000 of them in the Mt. Jefferson Wilderness. While devastating at the time, the area  now displays a lush undergrowth of small fir and western hemlock trees among the towering, silvery-white pillars of burned Douglas fir skeletons that still stand tall today. 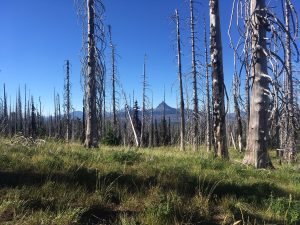 Views from the trail to Three-Fingered Jack. Photo: Amy Clark

Beginning our run up the PCT through this exposed section was a bit of climb as we made our way towards western slopes at the base of Three-Fingered Jack (elev. 7,844 feet). After leaving the wildfire burn area, the trail becomes shaded by old Douglas fir trees on the north side and surrounded with wild flowers. Thankfully one of us looked up towards the crags at the top of the volcano once we reached the base, because a few mountain goats were spotted hanging out near the summit. Half of our crew decided to head back at that juncture, while three of us continued on and made a full loop to circumnavigate the jagged mountain. The trail is approximately 21 miles with 3,300 feet of elevation gain, but we added almost three more miles and could have gone further.

While the party in Ashland wasn’t meant to be this year, the new adventure played out perfectly. As most trail runners can attest, there is nothing like taking out your frustrations on a long run when the sun is shining and the mountains are calling. Thanks to Sarah, Rob, Deb, Cean and Jen for helping me find an alternative to SOB.

Like the saying goes when life hands you lemons make lemonade. Well done.