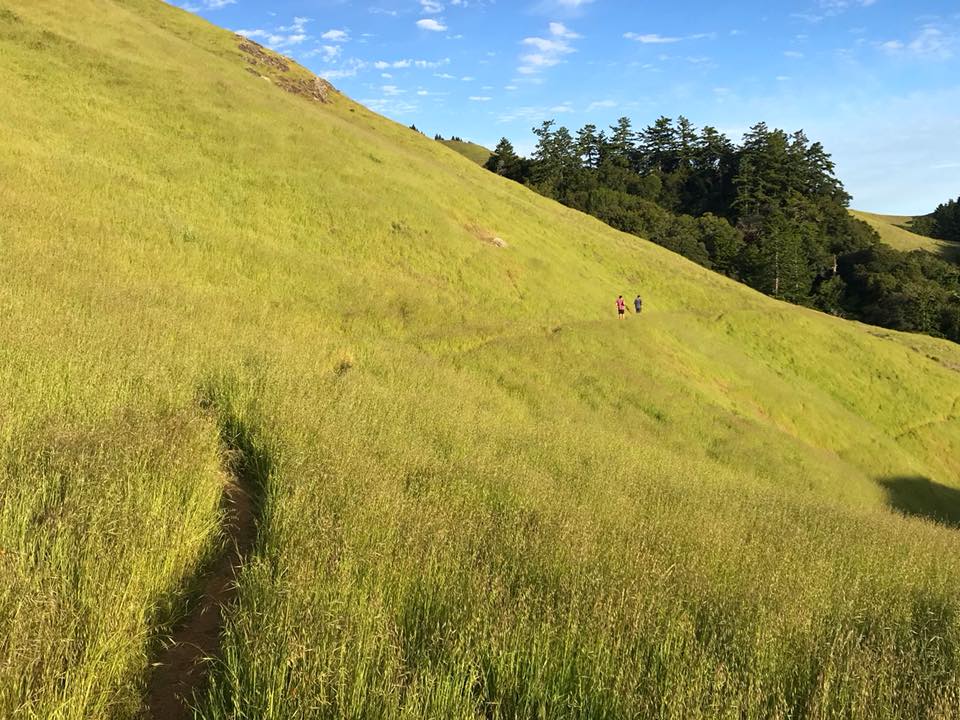 As I approached the flashing lights of the police car, I was just three miles away from the start of my race in Stinson Beach, CA on Highway 1. The responding officer had a collection of flares in his hand, and was lighting them as I drove up, “What’s going on?” I asked. “There’s a telephone pole across the road. The road’s closed,” he said. As the last few words left his mouth, I looked at the clock, which flashed 3:46am. My mind began to calculate how quickly it would take to drive back the way I’d came, and then back towards the alternate route. This area was unfamiliar territory for me, but underneath the ensuing panic I could sense the inevitable – I was going to miss the start of the Miwok 100K.

Stories of canceled flights, food poisoning and illness have circulated as unfortunate reasons for a DNS (did not start). But never in my 16-year, long distance running career have I ever faced an obstacle while getting to the race start. Looking back, it’s easy to take the Interstate access or nearby lodging for granted when choosing a race. However, most ultras don’t start in a sprawling metropolis with numerous routes to the start line, and this happens to be one. My Miwok 100K course recon the day before had proven the curves getting to the race in either direction were not to be taken quickly. Given my accommodations for the weekend, it made sense to take the route through Lagunitas to Olema, and head south at the intersection of Highway 1.  A left turn takes you straight into the charming little town of Stinson Beach. Pass right through and you’ll find the Panoramic Highway, which is a winding road that sweeps back up and over the coastal mountain towards Mill Valley – a shorter, but slower route.

As I pleaded with the officer for alternate ways to reach Stinson Beach, you could tell it was painful for him to deliver the news, “you’ll have to go up Highway 1 and back around.” There seemed to be no solution as my thoughts dove into a desperate and frantic fury. I had no other choice but to turn my car around and attempt to make the start. As I sped away from the scene shouting expletives, I began to process what was happening. Four months of dedicated training was not going to be put to the test – and I was not going to be able to finish my first 100K. Instead, I felt as though I was being swallowed by the darkness, and my recurring nightmare of being late had actually come true.

After 2+ hours of driving, I finally made my way into Stinson Beach in search of a sign that the race had not yet started. But it was nowhere to be found. Just a couple of blocks later, I turned my car around and let it all go. Disappointment, sadness and anger – it all came flooding out. All alone, I made my way back along the winding stretch of highway, dazed and in shock of what had just happened. I had no thoughts other than getting a few more hours of sleep and getting back home to my family in Oregon. Fortunately, I had the amazing support of my host family which helped me emerge from this fiasco as a stronger person. I had been hoping there weren’t others who also had their race day thwarted by a downed pole, but those that did seized the opportunity to run (unofficially) anyway and were dubbed, the “Live Wire Runners.”

This sport is incredibly healing for the soul, and when something like this happens, I take the opportunity to look inward. There wasn’t much I could have done, but I’m a better person for the experience. And you can bet I’ll be back.

My first marathon was delayed by a major flood on the Wabash River taking out a bridge. We called ahead and told them we had about a 75 minute detour, and they held the race up 15 minutes for us.

Cool! That’s my brother and me in that photo!

Very unfortunate and I’m sure felt unfair but glad to see you made the most of it to become a stronger person. Look foreword to see you back at another race soon.