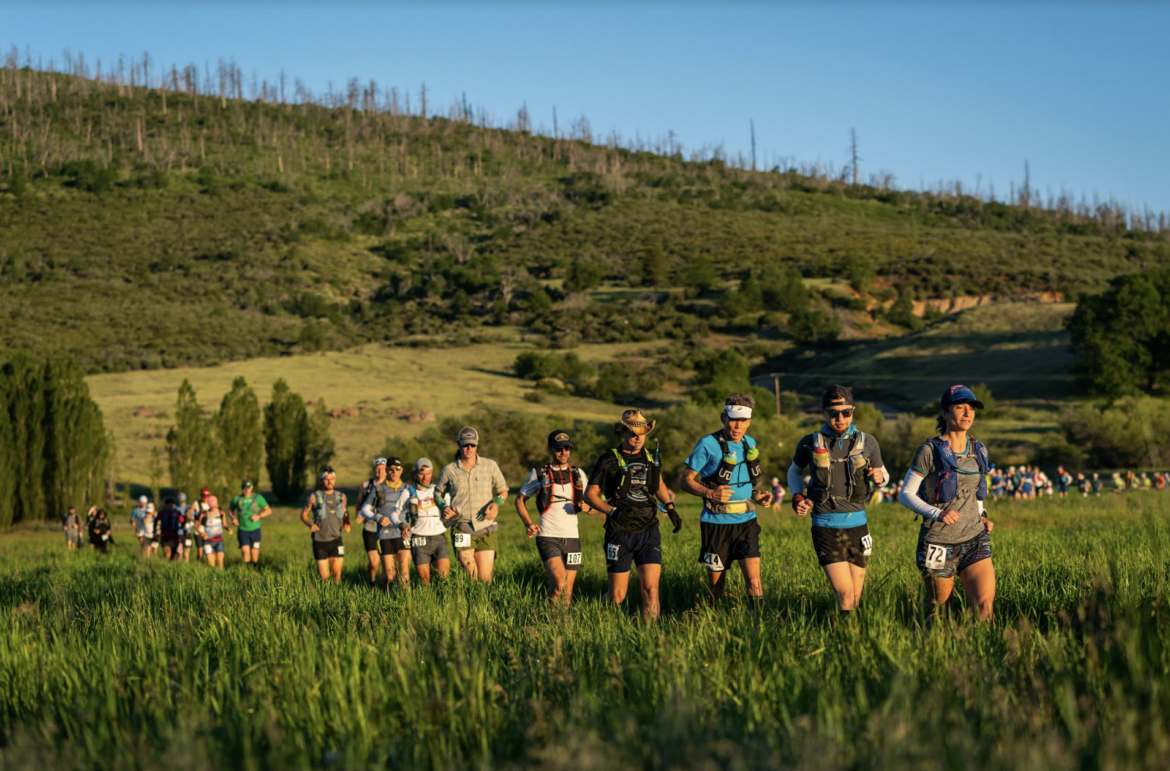 Runners take off at Lake Cuyamaca for the San Diego 100. Photo: Howie Stern

What’s Up in Ultra This Weekend — June 4

The first weekend of June really starts to heat up on our UltraRunning Calendar, especially on the East Coast, with some of the longest running ultra classics. Our true summer kick-off and big preview of the Western States Endurance Run is still a few weeks away, but there’s plenty of excitement to whet your appetite until then.

Before moving east, last weekend What’s Up in Ultra reader Bruce Cyra of Vashon Island, Washington, who’s in the aforementioned Western States 100 later this month, let us know about his hometown Vashon Island Ultramarathon & Trail Run 50k on Saturday, June 4. (Make sure to drop a comment below if you have a suggestion for next week’s column). The race is the only sanctioned event on Vashon Island, the largest island in the Puget Sound at 36.9 square miles. It connects previously separated trail systems which span miles of wooded open space, encompassing local and county parks, natural preserves and private property, giving participants a truly unique opportunity to explore all the beauty that Vashon Island has to offer.

In Woodstock, Virginia, the Old Dominion 100-miler is America’s second-oldest ultrarunning race, and this year will be the 42nd edition. The single-loop course takes place in the Shenandoah River Valley, through the Massanutten Mountains and Fort Valley in Virginia, with 14 climbs and approximately 14,000 feet of gain. Top 10 UltraRunner of the Year Oliver Leblond of Arlington, Virginia, is on the start list, aiming for his sixth win in nine attempts and fourth consecutive crown. Third-place finisher from 2021, Cameron Balser of Kokomo, Indiana, will likely battle Leblond up front. On the women’s side, we expect the 11th place finisher from the 2021 Western States Endurance Run, Michelle Magagna from Portage, Michigan, to challenge the two-time Old Dominion champ and holder of the second-fastest time ever on the course, Kathleen Cusick of Indian Harbour Beach, Florida, for this year’s title.

The 33rd Annual Mohican Trail 100 Miler (and accompanying 50-miler) in Loudonville, Ohio, is also on Saturday, June 4. Mohican is reportedly the fifth oldest ultrarunning race in America. Four 25-mile loops make up the course, accumulating a total of 12,458-feet of elevation gain through the lush 5,000-acre Mohican Memorial State Forest. There are 181 runners registered for the 100-miler and 156 signed up for the 50-miler.

Traveling back across the country to round out our trifecta of challenging 100-milers, this weekend is the Scout Mountain Ultra Trail 100/50-mile races in Pocatello, Idaho, starting on Friday, June 3. This race is equally stunning and beautiful, based in the Bannock and Pocatello mountain ranges, and boasts 23,900 feet of ascent in the point-to-point 100-mile course. The 50-miler is also point-to-point and has nearly 11,000 feet of gain. Our #10 2021 UltraRunner of the Year Jeff Browning from Flagstaff, Arizona, is purportedly taking to the start line for his first 100-miler of the year in preparation for the Hardrock 100 next month.

More key races on our UltraRunning Calendar this weekend include the Alaskan Endurance Trail Run 6/12/24-hour races in Fairbanks, and the San Diego 100 in Lake Cuyamaca, California, both starting on Friday, June 3. Beginning on Saturday, June 4, we have the North Fork 50-mile/50k in Pine, Colorado, the Rainier to Ruston 50-miler (and relay) in Tacoma, Washington, the Cayuga Trail 50k/50-miler in Ithaca, New York, and a Last Runner Standing event in Duluth, Minnesota.

What an incredible weekend planned for our ultrarunning tribe from coast to coast. Where are you lining up? Don’t forget, if you have a race you want us to shout-out next week, drop that in the comments below too and be sure to have fun out there wherever you are.

Another big one on the east coast is the Worlds End 100k and 50k. The 100k is a single loop over gnarly, rocky trails in the northern Pennsylvania region known as the PA Wilds. The longer distance amasses 12,000 feet of elevation gain and is a qualifier for the Western States lottery. I haven’t run this one yet but I hope to next year!

Looks like an exciting one Pete, are you racing? https://ultrarunning.com/calendar/event/worlds-end-ultramarathons

There’s just too many to add each week, thanks for the comment and heads up.