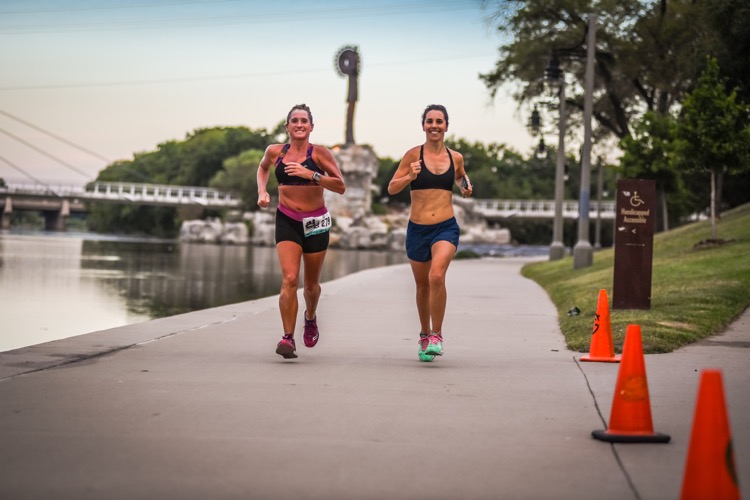 At sunrise, Jaclyn Long (left) and her pacer head home for a first-place finish in the women’s 50-mile race, and third overall. Photo: Rick Mayo/Mile 90 Photography

The inaugural UrbanICT 50K and 50-Mile race was held in Wichita, Kansas under the full moon. This unique race had a 9 p.m. start time on a Friday. The night was uncharacteristically cool for summer in Kansas. The race also included 5k, 10k and 25k distances, which made for a fun event with a total of 500 participants representing 13 states.

UrbanICT is Wichita’s only fixed-distance ultra. The out-and-back race on paved bike trails provided participants the opportunity to take in Wichita’s lighted night skyline. The race started downtown, crossed the Keeper of the Plains bridge and continued along the Arkansas River. The course was flat and fast. Buckles were awarded to all ultrarunners who finished under the 13-hour cutoff. 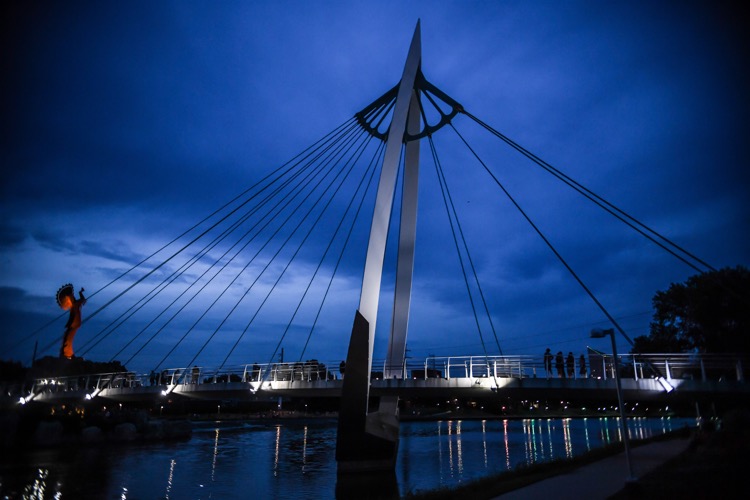 Starting at dusk, the UrbanICT runners cross the Keeper of the Plains Bridge over the Arkansas River in downtown Wichita, Kansas. Photo: Rick Mayo/Mile 90 Photography 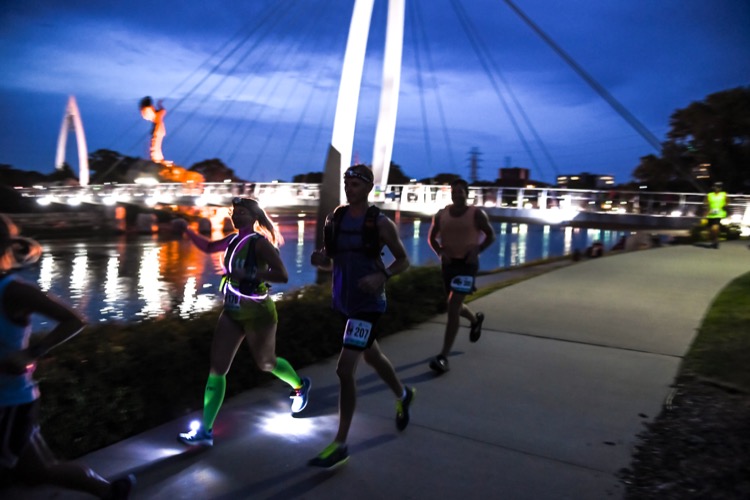 50k finisher Jodie Hearlson lights the night while passing by the Keeper of the Plains Bridge. Photo: Rick Mayo/Mile 90 Photography 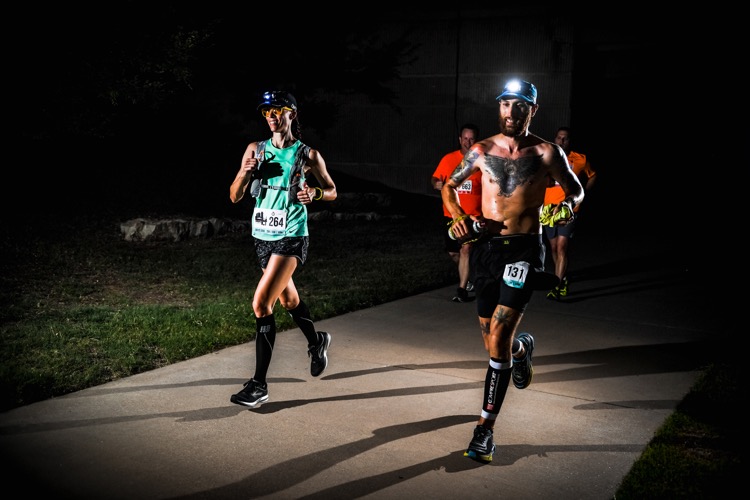 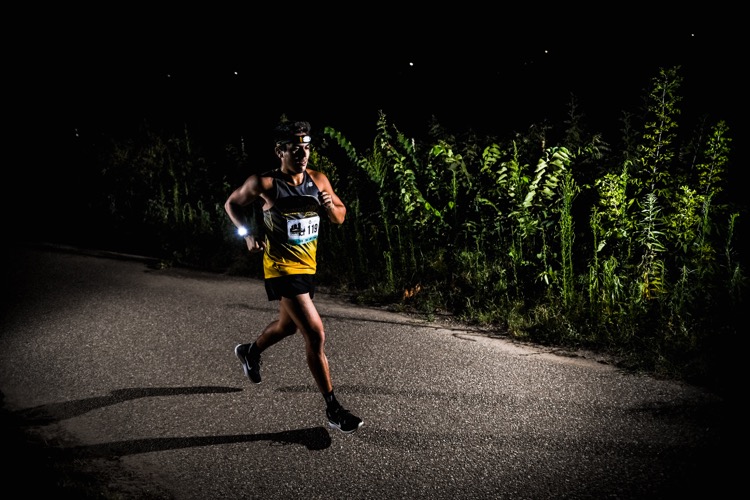 The finish line featured a swimming pool filled with ice, a watermelon feast, and a food truck. As race director, I found myself never leaving a 30-yard radius of the finish line for 23 hours in a church parking lot! A brief but intense rain shower at about 4 a.m. cooled off the air and the asphalt.

Runners reported enjoying the night race, most of them running at night for the first time. Aid station food, in addition to normal “ultra food” fare, included pizza, watermelon, and Rice Krispies treats.

One 50k finisher reported: “I am a huge fan of ‘out and back’… you get to see the same faces several times and you can say hello and help push each other on. The loops were a good way to keep track of pace and performance and keep an eye on the competition.”