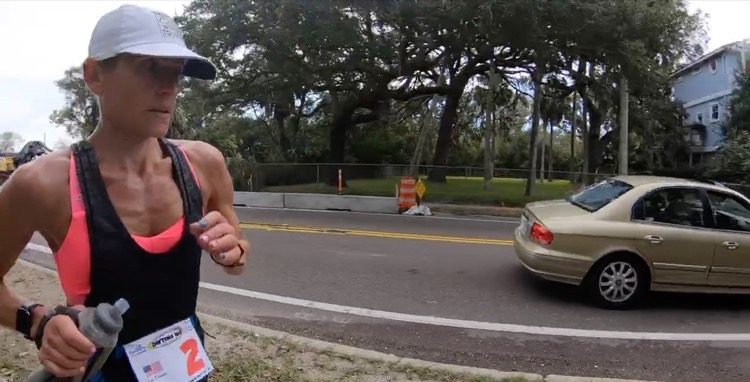 Ultrarunner on the Rise: Lisa DeVona

The first thing you might spot when you see Lisa DeVona, is her purple ponytail. It may lead you to believe that she has superpowers, and considering how she has climbed the ultrarunning ranks over the last few years, she just might. If you have witnessed Lisa at a race, you know that she doesn’t stop, from her ability to eat on the go and her aggressive arm-charging power walk. Her training, which includes running in south Florida and pulling tires in the sand, pays off. 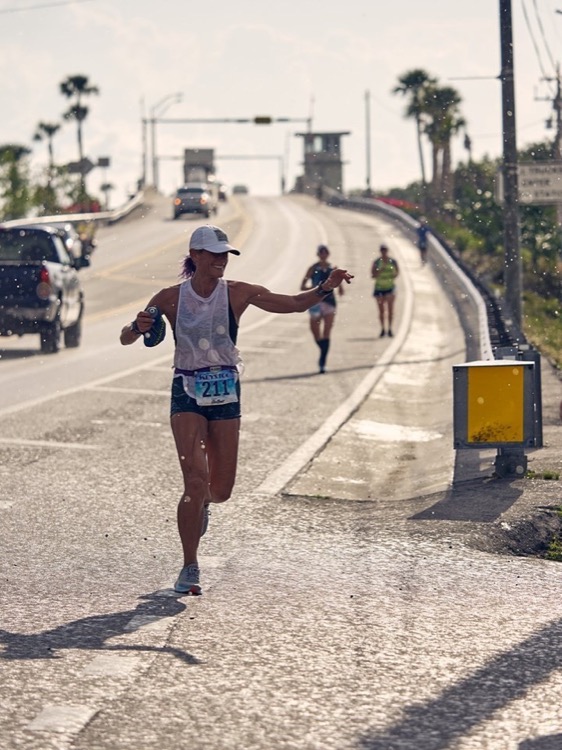 This fall, Lisa opted to put her abilities to the test, running the 48-hour race at Icarus Ultrafest in November, where she set her personal record, clocking 203.76 miles. Beyond automatically qualifying her for the Spartathlon in 2020, her mileage also placed her in the top ranking for North America. Two weeks later, she raced Daytona 100, where she achieved her 100-mile personal best with a time of 18:17, winning second place female and coming in fifth overall. Two weeks after that, she ran the challenging 29-mile loop invitational, Ancient Oaks, where she outright won the woman’s race at 20:58 and came in second place overall.

But even with her ambitious fall schedule and accomplishments under her belt, Lisa wasn’t done. A few weeks later in January, she went on to race the Long Haul 100. With a time of 19:39, she was the second woman and eighth overall. To say that she is on fire is an understatement, but talking with Lisa, what comes across loud and clear is her humility and focus on what matters most: a positive and healthy attitude, and her family.

For Lisa, it’s all about time on her feet versus daily mileage, so she tends to get creative when mixing up mileage with her cross-training activities. She aims to work out three hours daily and runs early in the morning before her day is in full motion. Lisa advocates that cross training saves one’s body from wear and tear and keeps one healthy and strong. She believes in building mental strength, as in the end, that’s what helps her to cross the finish line.

In 2019, Lisa made her debut at Badwater ultra-races, first at Cape Fear 51.4 miler, and then a month later at Badwater Salton Sea 81-miler, which she started off running with Scott in a two-person team, until he struggled with heat stroke, and instructed her to push on without him. She finished alone in 22:30. From there, her running times began to improve, as did her commitment to see what more she could accomplish in ultrarunning. At her inaugural Badwater 135 in July 2019, Lisa came in third woman, with a time of 32:36. 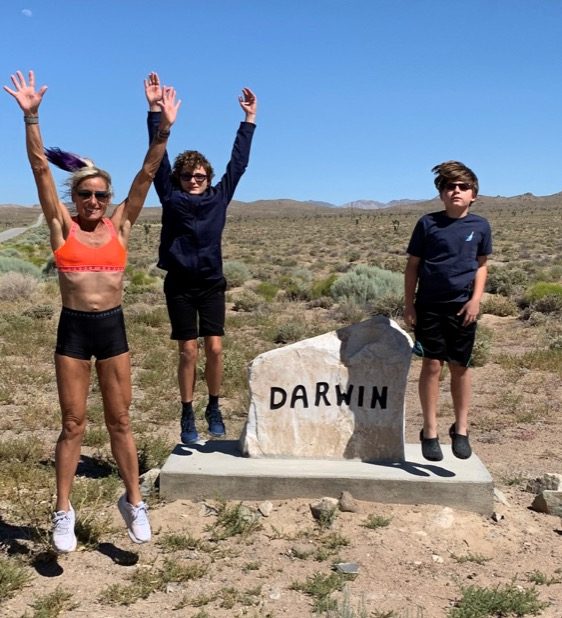 Lisa’s favorite distance is 100 miles. She continues to show up at the start line as with every race, she learns something new and gains mental strength. “I’m not the same person when I finish a race. When I start, all of my insecurities and lack of confidence rise to the surface. I’m sure that I’m not good enough to compete. But as I push forward, I come out the other side. My confidence comes into play. It’s a gift to be able to race, to realize after the struggle, that you can do anything if you train and you try.”

Lisa is clear that her life isn’t all about training and racing. Raising two boys while she and her husband both work full-time careers, along with her dad’s sickness lingering in the background, all play a role in her making the most of the limited time she has to train and being grateful for every minute she can devote to her athletic pursuits.

What’s next for Lisa? She intends to test her 48-hour stamina a bit more this year, with the upcoming Save the Daylight 48-hour race on her calendar for February 2020 and Six Days in the Dome 48-hour race in July 2020.