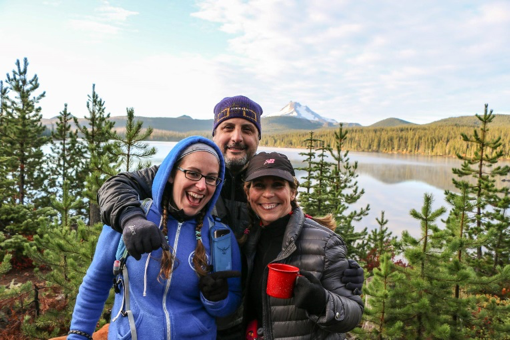 There’s something about being applauded for not giving up when it includes 11 DNFs. This past March, at the Badger Mountain Challenge, I finally finished a 100-miler. The road to get there was long, and took me four years and 11 attempts. Let me walk you through this madness.

In 2012, I documented my mom, Terry Abrams, as she became the first woman to complete a Triple Badwater. Let me back up. I come from an ultrarunning family. My grandpa ran, and my mom went nuts with running. I started running at age five and was perfectly content with 5ks, and maybe the occasional marathon. I swore I’d never want to run an ultra, but I love to crew them. In 2012, it was the third time I’d crewed my mom in the desert. Each time she added one more crossing to the mix, and eventually she’d done this epic thing: run 449 miles in Death Valley in July and summit Mt. Whitney twice in the middle of it.

How was I going to be able to tell this story? And then this dumb lightbulb went off in my head. I’ll just run a 100-miler, so I know how she felt. The problem is, my mom makes things look easier than they are. She’s got a mind that will endure pain and all the mental things of an ultra. I didn’t know that was a thing you needed in order to finish. But that’s just one of the many things I would learn as I went. 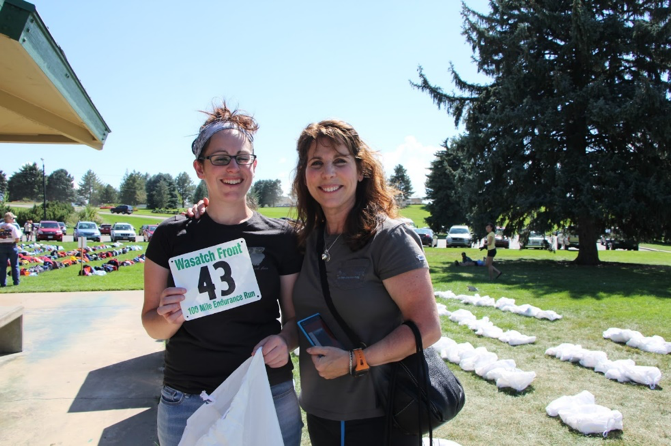 Without telling anybody, I entered the lottery for the 2013 Wasatch and got in. I had crewed my mom there three times prior, so I was familiar with it. I had seen her finish. I could do it too, right? I finished my first 50k that June, my first 50-miler that July, and headed to Wasatch to nab a 100-miler finish in September.

Needless to say, I DNFed. I got nauseated, and my feet hurt in a way I hadn’t learned to cope with yet. This would happen five more times until I emailed Karl Meltzer and basically spent the next year wasting his time. Then I showed up to my seventh start line at Orcas Island 100 and proceeded to barf all over the island.

This would begin my Facebook saga. I would develop a pattern of letting everyone know I’m running a 100 miler, followed by the next day of explaining why I dropped out. The emotions would vary, but be a mix of apology/denial/sadness/frustration.

At Mountain Lakes 100 in the Oregon Cascade Mountains.

I had developed this “out” with nausea. Granted, I had puked at one or two of these things, but for the most part, I was letting burps and a queasy stomach dictate the entire race. I would come to fear it, but by number 12 I had learned to burp and ignore. What was taking me out time after time was my own dumb brain. I would get frustrated chasing cutoffs or be bummed because I was so far in the back of the pack. In these moments I would rationalize the failure, and by the next aid station I’d either time out or drop out.

Attempts number nine and ten found me back at Mountain Lakes and Rio Del Lago. 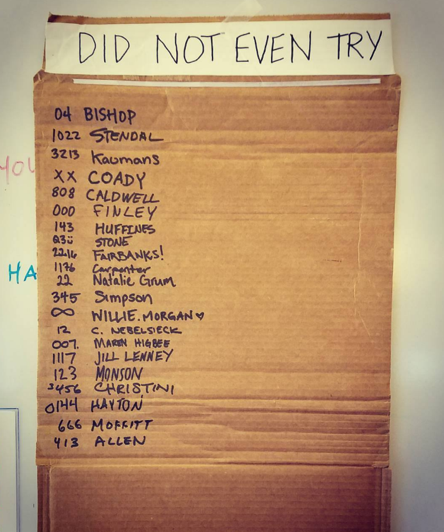 After a DNF at Cascade Crest 100 in 2017, I cut Karl loose and tried to sort out what the heck I was doing.But at work, my colleagues had made their own list called, “Didn’t Even Try.” People weren’t seeing me as a quitter even though that’s all I was feeling. They weren’t counting the DNFs – they were counting the multiple times that I toed the start line.

Eventually, my dearest friend Maudie signed up to run the Badger Mountain 100-miler with me. Maudie kept my head in the game so I never went to a place dark enough to make me want to quit. I would say it out loud more out of habit than anything else, but I knew 60 miles in that I was finishing. After 80 miles I was over it, but still wasn’t planning on quitting. I fell apart almost 90 miles in with my blisters splitting open, making every single step the grossest pain you could feel. With 4.5 miles to go, Maudie and I got snippy with each other, and then we got up and over that last little mountain with 35 minutes to spare, finishing in 31 hours and 24 minutes. 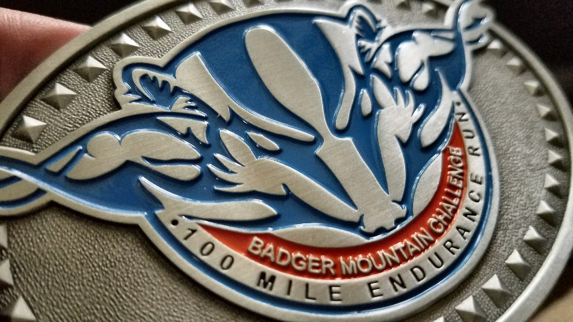 That is SO COOL! I ran the 50 that day and I heard about you right afterwards. My wife and and mother-in-law were talking with your partner about how you Just. Don’t. Stop. Trying.

Good for you! Congratulations!!

So awesome. Trying my first 50 in 2 days, and looking for inspiration where ever I can find it. What a great story.

Awesome grit! It’s incredible how quickly we forget the sufferfest and jump back into the fire. I’ve done 3 hundreds and still am amazed at the level of suffering I encounter along the way!

I feel your pain! I am 2/7 when it comes to 100 milers. Yet I keep plugging away at it…one day! Thanks for sharing your story. It truly hits home. From the FB posts to hiring KM! I’ve done them both!!

This made me tear up. NEVER stop trying. Taryn, you are the kind of ultra runner I would run with ANY day.

To attempt is the grand adventure—the glory of a finish is an afterthought.

This is awesome. Thanks for giving me hope! If I was smart, I’d quit this crazy sport … but maybe I’m not that smart. 😉

OMG, this story– I’m relating to this in a way that I can’t stop thinking about this story. Is there any way I could get your email address… or Facebook page/address… would LOVE to ask you a handful of things. As of last weekend I personally am 0 for 5 at the 100-mile distance (trail… always somewhat technical trail… not a flat-100 type of runner, not that there is anything wrong w that)… anyway yes, 0 for 5, and I am VERY depressed and don’t ever want to run trail again!!!!! ANY words from you would be amazing to me. I am considering the BMC because my brother-in-law lives 5 minutes from Badger Mtn and I hiked that area only a handful of times when I visited him once but I liked it very much. CONGRATS TO YOU ON YOUR 100-MILE FINISH…… WOW!!!!!!!!! Love this story. connie kolita… [email protected]

Wow, that last line made me tear up. It’s GOLD. Guess you pinned me right where is hurts and I love the most. I’ve finished one 100 and have had 5 DNFs! How did you break the nausea cycle?? It’s my nemesis.