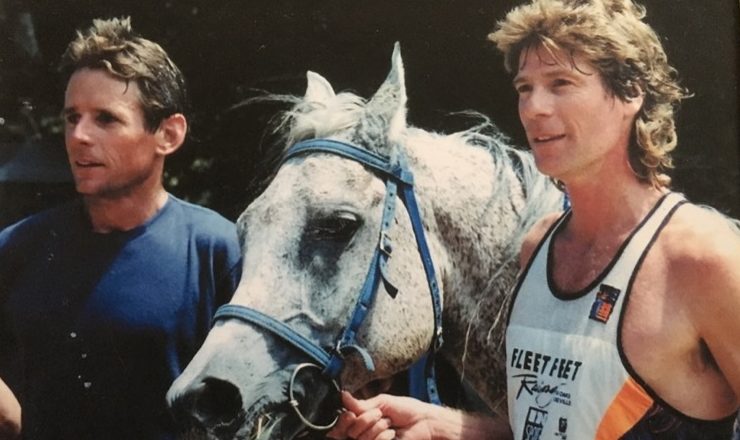 “The ultimate victory in competition is derived from the inner satisfaction of knowing that you have done your best and that you have gotten the most out of what you had to give.”
—Howard Cosell

Each of these can be categorized as some of the earliest extreme sports and are interconnected by those who love the challenge, whether on horse or foot. These unique events involve the competitor’s personal determination and commitment to reach.

Who are the extraordinary athletes that have conquered all three of these events? In researching I found that only 38 people over the past 40 years have completed this feat – 28 men and 10 women.

Some call these three events the Grand Three and others refer to them as the Triple Cripple Crown. Some might describe these events as “dusty, treacherous, hot, rocky and steep,” while others see them as an intimate experience with rugged terrain, unpredictable circumstances, and the spirit of challenge. Still others speak of the social bonds and camaraderie, a family affair of sorts. Whatever, it is agreed that they bring you closer to an inner-spiritual, emotional and physical self. Each takes months of training, practice, and planning. 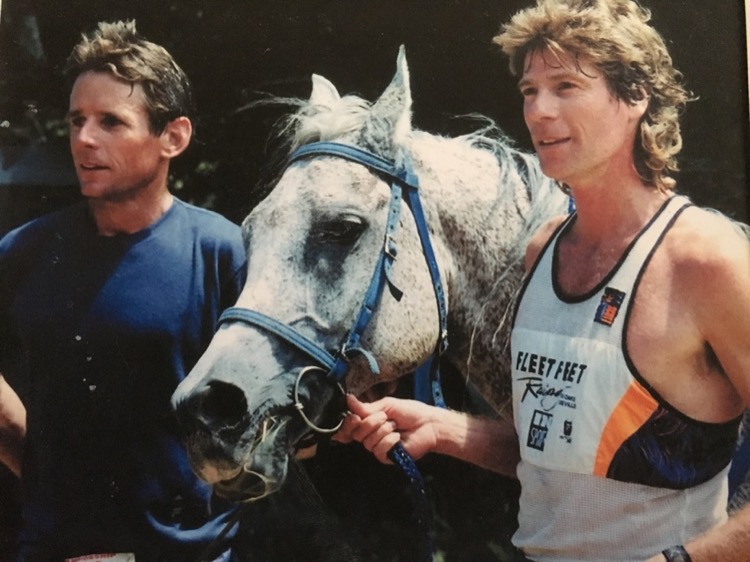 The Tevis Cup was started in 1955 by Wendell Robie. Wendell loved the Sierra mountains and had the vision of riding his horse from Tahoe to Auburn in 24 hours. On August 5, 1955, he made that dream come true. This legendary ride has been held annually ever since and maintains its popularity for endurance equine riders.

Bud Johns, known as the father of Ride and Tie, used the first Ride and Tie to promote an athletic line for the Levi Strauss Company in 1971. Levi’s wanted a rugged sport and Bud, a PR person for Levi Strauss, had just the idea. Bud conceived the Ride and Tie race after he had read various accounts of travel by means of pony express style in this country and in Europe. This allows for the most efficient mode of travel – with two people trading off on only one horse to cover some distance. Ride and Tie participants trade off riding and walking to optimize their and their horse’s ability to go the distance. The first event was held in June 1971 in St Helena, California with 66 teams mixed of rough and tough cowboys and athletes competing for prize money. The sport grew in popularity, drawing actor Robert Redford to compete in 1978. This event maintains its popularity, and is held across the United States and Europe. Most say that Ride and Tie was the bridge between the Tevis and the Western States Endurance Run as most people competed the Ride and Tie prior to the run. 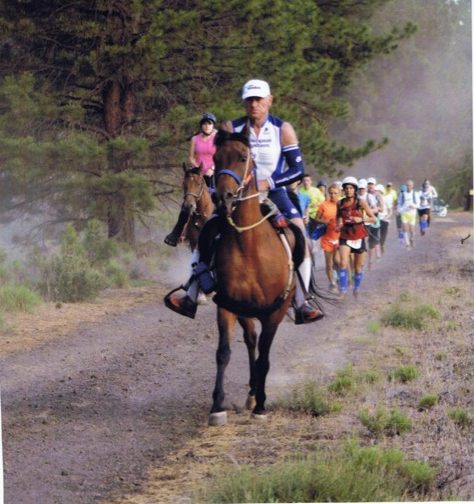 As the story goes, in 1974, Gordy Ainsleigh set out to complete his third Tevis Ride. Unfortunately his horse was unable to start, so Gordy, who had done the Ride and Tie the prior year and loved to run, was urged on by Drucilla Barner to set out on foot. He did so and finished the course in 23 hours and 42 minutes. He ran that hot August day amongst a pack of 200 horses. In 1976, Ken “Cowman” Shirk finished the event in 24:30. Each year after, interest in covering 100 miles on foot grew and more daredevils took on the challenge. With increased interest and inspired by a “gang of four,” Phil Gardner, Mo Livermore, Shannon Weil and Curt Sproul, an independent on-foot event took place one month prior to Tevis, and rest is history.

The ordinary and not so ordinary people who conquered all three events did it because they could, to challenge themselves, and to master the trails. Many of them are still competing in one or more of the events and venturing on to other dares. With the extreme popularity of the Western States Endurance Run, it has become incredibly difficult to add to this list. There are a few out there who still have hopes to join this remarkable group of 38. So, as I asked my friend Melissa, “Who will be next to join this unique group?” 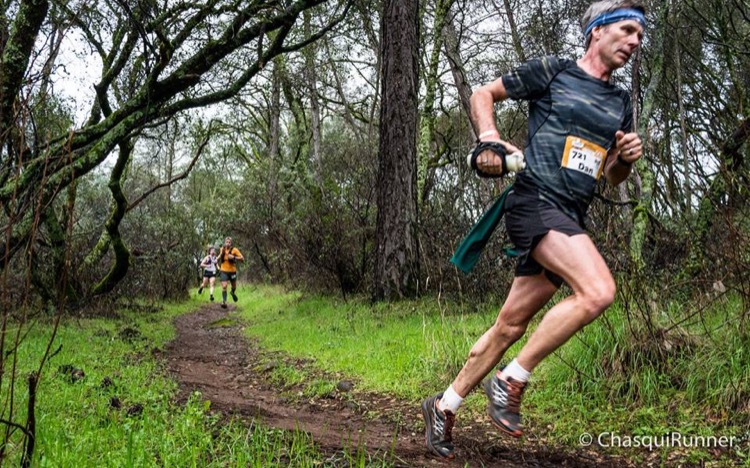 I rode up on Gordy in 1974 when he was running along and watched him run for a while. It never occurred to me to do that until 1982 that was a tough day, especially since I had to be at my office
Sunday by noon. I finished the run went home showered and got to the office on time then on to the awards at 6 pm. The Ride & Tie I did was with Jan Bugge in 1981 or perhaps 1980. At that time Jan was invited to join Cathy Behrendt Mason as a team mate but when we arrived Cathy selected a faster runner instead and Jan was so bummed out I told her I would run with her. She said you’re not a runner and my reply was “Heck it is only 22.5 miles each we can do it”. Turned out Jan had a difficult time and she was a runner. I managed the run without a problem and she was amazed. That was in Boomtown, NV. That too was a hard day because I was not a runner.

I really enjoyed reading story. It is a reminder that we can do anything we put our minds to.

One more in the women category that has finished both is Jackie Beaupre.

You left my name off of your list. I have 9 Ride and Tie finishes including a 10th place finish at Foresthill; 8 finishes at the Western States 100 including 3 sub 24 hour silver runs; and 1 finish at the Tevis Cup Ride in 1985 in 20:00 hours for 33rd place. Please add my name to your list.

Unfortunately, most ultrarunners have never heard of Ride & Tie, much less know Gordie and Cowman were ride & tiers. Being ride & tiers, running 100 miles with the horses wasn’t a big stretch for them. Gordie and his partner Jim Larimer with Jim’s horse Smoke won the Levi’s Championship in 1974 just prior to Gordie’s running with the horses at Tevis. I started doing ride & tie in 1980 and met Cowman at Levi’s in 1981. He was telling me how he was doing this run from from Squaw Valley to Auburn the following week and needed a pacer. I said “sure, I’ll do it” That was my introduction. I ran it the following year and several more times. I thought that was a normal thing to do at the time. Unfortunately, bilateral osteoarthritis in my hips put me out of commission for 7 years, but I could still do ride & tie each year, in spite needing help to get in the saddle and I hobbled down the road at a 30 minute per mile pace while on foot. Bilateral hip replacements in 2003 got me going again and I have been able to do a few or more ultras every year since, although 100 miles is out of my league these days. I still do ride & tie and am getting ready for my 37th season as we speak. You all should try it. It’s a kick! (in the butt).