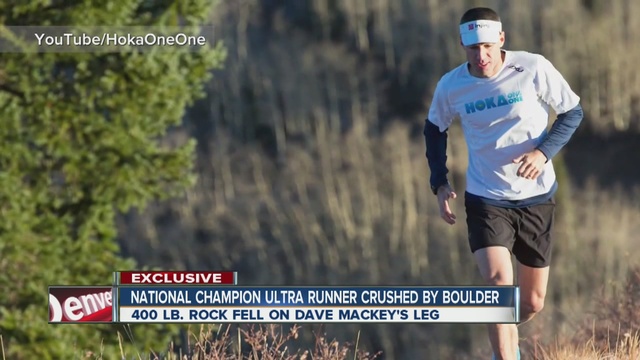 The Painful Road To Recovery

Injuries have always been for other people. Until now.  My cautious sensibilities have always kept me from pushing too hard when it comes to anything.  In my mind, that even included running.  Which is why I didn’t think anything of the niggling little stitch in my glute during my taper last week.  Then it promptly screamed at me, and stopped me dead in my tracks.

As I write this, I’m on day six of being resigned to the injured list.  My first 100K was supposed to be in three days.  Many of you reading can probably relate, as a majority of my fellow running friends have experienced some severity of injury at least once in their athletic career. Whether you’ve ramped your mileage up too high too quick, or a pick-up game of ultimate Frisbee went south, you’ve likely been there.

My initial response included a frantic foam roll session along with stretching every muscle I could think of.  Hopes were high for a quick fix.  When nothing seemed to work and I continued to wince in pain with every step, I called a local sports massage therapist as my last resort.

When the simple act of walking is a challenge after an apparent injury, there’s a small part of a runner’s brain that calms the alarms going off while pain signals are being sent to the brain. It’s like a slight reassurance that walking is completely different than running, and requires “other” muscles.  Some might call it “denial.” Or maybe it’s a reserve of extra endorphins saved especially for moments like these.  Regardless, the alarms in my head didn’t quiet themselves too much because the day after being kneaded like dough on a bread board, I was still feeling significant pain. And reality finally hit.

My routine of throwing on running clothes and walking out the door is usually pretty uneventful. That is, until I physically can’t make it past the driveway.  Somehow I had convinced myself that running would be easier than walking, and I would be fine on a 62-mile adventure. As the realization hit that I was no longer able to run, my head dropped and I choked back tears, giving myself time to reflect on why this had happened.  Flashes of anger turned to sadness, which eventually became acceptance and then finally, hope.

I’m not immune to running injuries, but I’m not accustom to them either.  They sideline our ability to do the thing we love most, which is a hard pill to swallow. Being injured can also be a time to reflect on what happened, and the prevention of future problems.  It’s easy to keep doing the same thing day after day, and not worry about hurting ourselves.  But more than likely, a time will come when out of nowhere, our world comes crashing down.  Allowing time to process the injury is the key to beginning recovery.  And while I have just begun these first few steps, it’s a road (or trail) I’m willing to take.

True, and I’ve experienced it. In January I was diagnosed with an unprovoked pulmonary embolisms in my right lung. Unable to run my trail half marathon just killed me. Lost physical strength over time so when I got the OK to resume running, it was hard.

Injury is always tough. Our thoughts put stress on our bodies to heal faster. On a positive note….being sidelined will make you aware in the future of when an injury is about to occur. With this awareness, you can pull back, hit the gym and address your weaknesses. When injury occurs time and time again you learn to implement strength training into your running schedule. It took me 10 years of ultra running to realize this. I now welcome and enjoy gym/strength/plyometric days. With running being a repetitive, sagittal plane dominant activity, we must not forget about the muscle that stabilize our bodies in this movement ie lateral supporting muscle (gluteus medius).