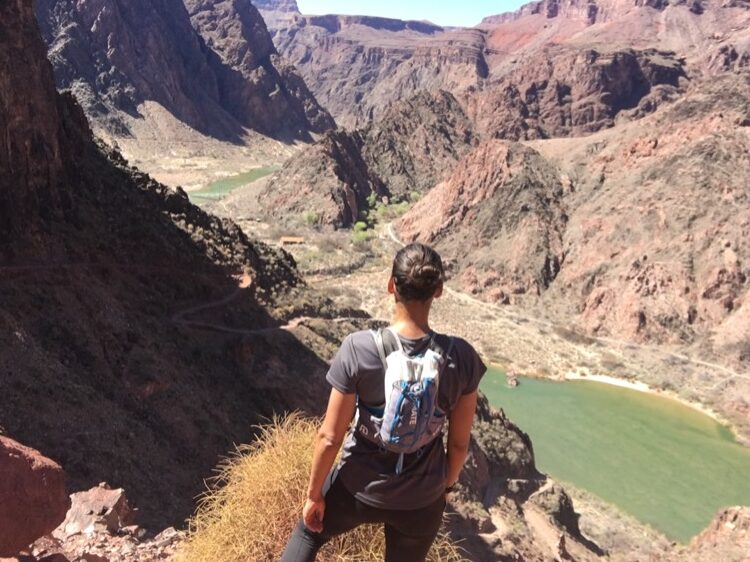 “Once you see two penises in one run,” says Sullivan Summer, “that’s enough.”

It was around noon on a bright January day in 2022, and Sullivan was entering the North Woods of Central Park by the waterfall. Tons of people were around, so the ultrarunner left the main, paved loop and took a series of turns into a thick clump of trees. Hoping to find some semblance of trails and hills, she found something else: a sex act in progress. She averted her eyes and picked up her pace only to find what looked like a drug deal taking place. Money and plastic bags were being shifted from hand to hand. Gripped with fear, she knew she couldn’t show it. “I tried to look like I was totally cool with whatever.” After what seemed like an eternity, she was past them. But soon, there was a man hiking with his son. Accessible bathrooms are a problem in the city, and the father was relieving himself behind a tree. Penis number two. Suffice it to say, Sullivan hasn’t left the main loop since.

It’s part and parcel for her return to New York. She hasn’t lived in the city since 2004, and considering the pandemic, things have changed quite a bit. Then again, she has too. She’s a different person, literally.

For most of her life, Sullivan was known as Jenna Powers. The same Jenna Powers that in 2017 was featured in Women’s Running Magazine. She won’t say that she was born Jenna Powers, because that was the name that was given to her when she was adopted at the age of one. To her, that name is dead.

Raised in New Hampshire with a white family, she was the only Black person she knew. According to the World Population Review, only 1.6% of the state’s population identifies as Black or African American. She wouldn’t go to school with another Black person until she was in college.

Relatively light-skinned, as a kid she was assumed to be everything from Egyptian to Puerto Rican to just someone with a good suntan. “I knew I didn’t look like anyone else,” she says and remembers being told by her adopted family: “You are not Black.” Her parents became angry if anyone said that she was. When they finally realized they couldn’t ignore it anymore, they would simply say, “Well, we don’t consider you Black.” And that is something, at the age of 44, she’s still trying to come to grips with.

“Over the past two years, I think almost no one has gotten through without some soul searching,” she says. For her, it was the trauma from adoption and her assumed ethnic ambiguity that she’d always smiled away and shoved down inside. She found herself opening it all up like an old, weathered trunk. “I came to a lot of realizations,” she says. And like most things in her life, once a decision was made, she took swift action with a one-way ticket, six boxes of clothes shipped via FedEx and a change of address application while on the plane.

Just days prior, Sullivan’s boss at Amazon had returned from a 10-week sabbatical to find out the news. “While you were gone some things happened,” she told him. “I changed my name. I got a divorce. And I’m moving to New York.” That was Monday. On Saturday, she was in midtown Manhattan in a one-bedroom apartment above the M&M’S Store in Times Square. “It was liberating,” she says. “But it also made me feel a bit untethered.”

Some of those around her, she admits, may be confused by the sudden change and feel it’s extreme. She’s used to being misunderstood. As a businesswoman, leading central recruiting teams for Amazon, most think she is overly serious. “I think I’m funny,” she says. “But I have never met another person that would describe me that way.”

For Sullivan, the choice was years in the making—a cycle in her life of taking on the trauma of others and a product of her relationship with the mother that adopted her. Her marriage was entwined with the same dynamic, and the decision to divorce was clear. Breaking ties with the family she grew up with, however, was more difficult. “Now in 2022, I choose not to have contact,” she says. A long pause followed, “I can’t say about the future.”

Sullivan’s ultrarunning, like most of her life, is still under her old name. Since 2016, she’s been in the Western States lottery every year but never gotten in. It became an annual ritual – watching the drawing with anticipation – wondering, hoping, praying for her name, that name, the old dead name, to be drawn. This year, she didn’t watch and that must have been the trick. When she checked her old Twitter account, she was tagged in a post – she had gotten in. “But now, I’m in New York,” she says with a sarcastic laugh, “and I don’t have any trails.”

Her core focus is working on herself, writing and raising awareness about the growing adoptee advocacy movement. “It still feels a little bit in limbo,” she says about the change, in a tone that seems somehow more assured. “I walk around with the judge order with my new name.” According to Medscape, adoptees attempt suicide at four times the rate of non-adoptees. And only 10 states allow unfettered access for adoptees to obtain their original birth certificates. New Hampshire happens to be one. Sullivan found hers and is currently searching for her birth mother. But there’s no promise she’ll ever be successful.

In the city, she runs alone, goes to the theatre by herself and dines out the same way; a table set for two but with an empty seat. “Dating is currently an incredibly low priority right now,” she says. “Not even in the top 10.” New York bustles around her, a workshop of reinvention; the sheer size creates both anonymity and opportunity, but the move has also brought back tough memories. She had just started school at Cardozo in 2001 when the planes struck the Twin Towers. She sat on the corner of 12th Street and 5th Avenue and watched the icons billow with smoke, then crumble. “It was the worst day of my life,” she says. A new tower, even taller, now stands in their place.

Sullivan Summer is the name she’s chosen for herself. Sullivan being a name that holds enough meaning for her to not want to share what that is. A secret to herself for herself. Her last name is simpler, chosen for her favorite season, summer. This June, the summer sun will rise over Olympic Valley, California, and she will fulfill her dream of running Western States and hopefully get her buckle engraved with a new name to mark a new stage in a new life.