We’ve all been there – suddenly, somewhere on your body, a spot begins to burn. It could be because your thighs have been sticking to your shorts with every stride, or a sports bra strap digs in with each step. Maybe your hydration pack has been bouncing on your sweaty back for 100 miles and the damage is more extensive than you expected. Yes, it’s a sore subject (pun intended), but one that Chris Thornley knows all too well. 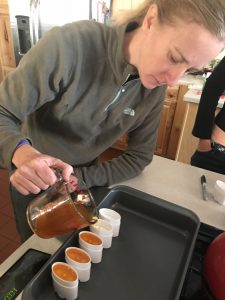 Stacy Thornley pours SNB into containers before the Thornley’s moved operations out of their kitchen.

As the co-founder of Squirrel’s Nut Butter (SNB), he’s in the business of chafing – well, preventing it, that is. But it may come as a surprise that SNB was not originally created to prevent the dreaded skin burn. “My wife Stacy is an allergy nurse and originally created the product for our daughter’s eczema. After trying everything on the market to relieve her skin problems, she ended up using the natural ingredients we had in our kitchen to make her own salve,” said Thornley. “And it worked.”

Back then, Thornley owned a tree service. An endurance athlete himself, he hired others who were capable of the physically demanding job. One employee, who went by the nickname “Squirrel,” used the natural anti-chafe solution for a mountain bike race and Squirrel’s Nut Butter was born.

Body Glide, a well-known skin lubricant, has dominated the market for years, but the options for a more natural product have been limited. Getting the attention of the marathon masses to introduce them to SNB was going to be tough, so Thornley started with what he knew best: ultras.

He began offering the product to ultrarunners like Matt Keyes, who was the first to use SNB during the Western States Endurance Run. “We started by targeting 100-mile events to give the brand credibility for marathoners,” said Thornley. Given that Thornley’s brother, Craig, is the race director for Western States, one might assume that SNB had a little advantage. But, as Chris explains it, “Being Craig’s brother helped in the beginning when he connected us with athletes like Mike Wardian, Jim Walmsley and Pete Kostelnick, who all use our product, but we pay to be a sponsor of Western States, just like everyone else.” 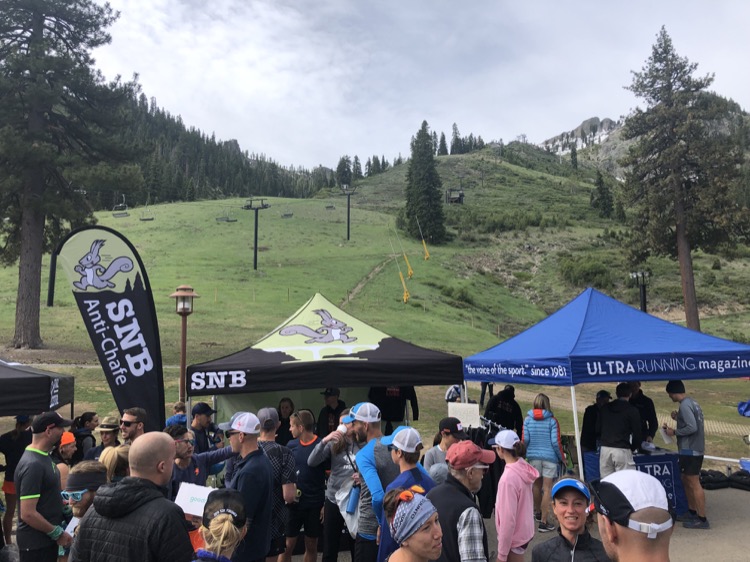 Chris’s involvement in endurance sports goes much deeper than being a sponsor for Western States—having completed it in 2006, he has also finished numerous other 100-milers including Angeles Crest, The Bear and Javelina Jundred.

These days, he’s a fixture as a raft guide at the Rucky Chucky river crossing (mile 78 of Western States) every year that rafts are used to transport runners across the American River when it’s too dangerous to cross on foot. He has a passion for long, solo rafting trips on some of the country’s wildest rivers. And this past February, he completed his fifth solo trip down the 280-mile stretch of the Colorado River through the Grand Canyon. 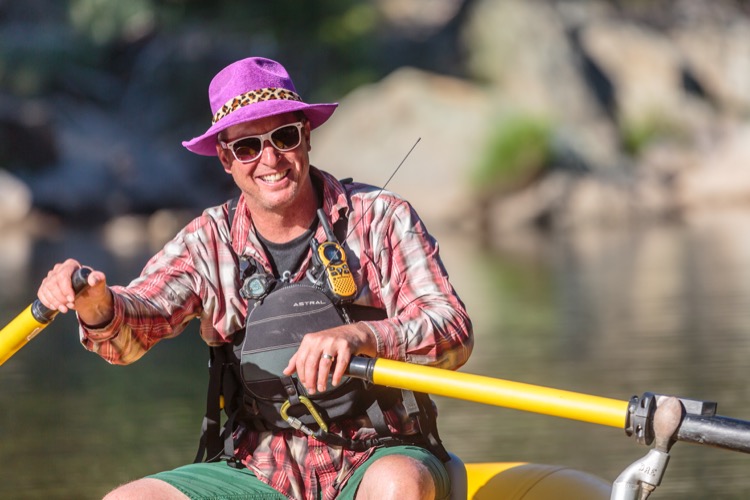 Chris Thornley works as a rafting guide to ferry runners across the American River at mile 78 of Western States. Photo: Melissa Ruse

After continuing to run the tree service in conjunction with growing SNB as a business, in 2018 he transitioned to SNB full time. “We don’t want to scale up too quickly. Right now, we manufacture everything in-house including the labels, and besides myself, we only have one full-time employee and five part-time employees. Our goal is to maintain a sustainable rate of growth around the world using tools like social media and sponsoring key races to help spread the word,” said Thornley.

SNB is currently working on launching a mineral sunscreen that will fit in well with their line of products including anti-chafe, a pain relief blend, and cycling, skin and foot salves. All-natural ingredients including coconut oil, cocoa butter, beeswax and vitamin E oil keep skin healthy and lubricated without having to worry about harmful chemicals being absorbed by the body. They’ve become a fixture at endurance events (visibly and aromatically) with their squirrel logo and cocoa butter scent. 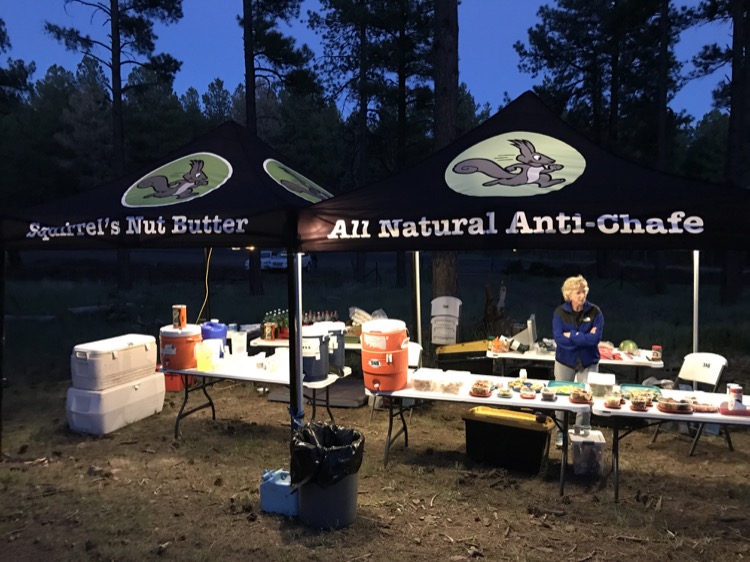 Since the start of the pandemic and the cancellation of events, SNB initially reduced their payroll and expenses. However, athletes are continuing to adventure throughout the summer. The company quickly rebounded and returned to fulfilling orders quickly – both retail and online—and were fortunate to have stocked ingredients for future use. Thornley says that due to the number of people who have started running and cycling, their products are pretty much recession-proof.

As athletes continue to seek out all-natural brands when it comes to skincare, it appears as though SNB has secured a majority of the endurance market due to their initial presence at 100-mile events. “Timing was everything,” says Thornley. “But we still have a long way to go.”

Ran my first 100mile race a fortnight ago. Covered in Nut Butter from forehead (no sweaty cap chafe) to toe. Topped up on the move with their smaller containers from my pocket.

No clothing or footwear change. Zero blisters or chafing.

Love the stuff. On top of the nice benefit of natural ingredients, it also just works.