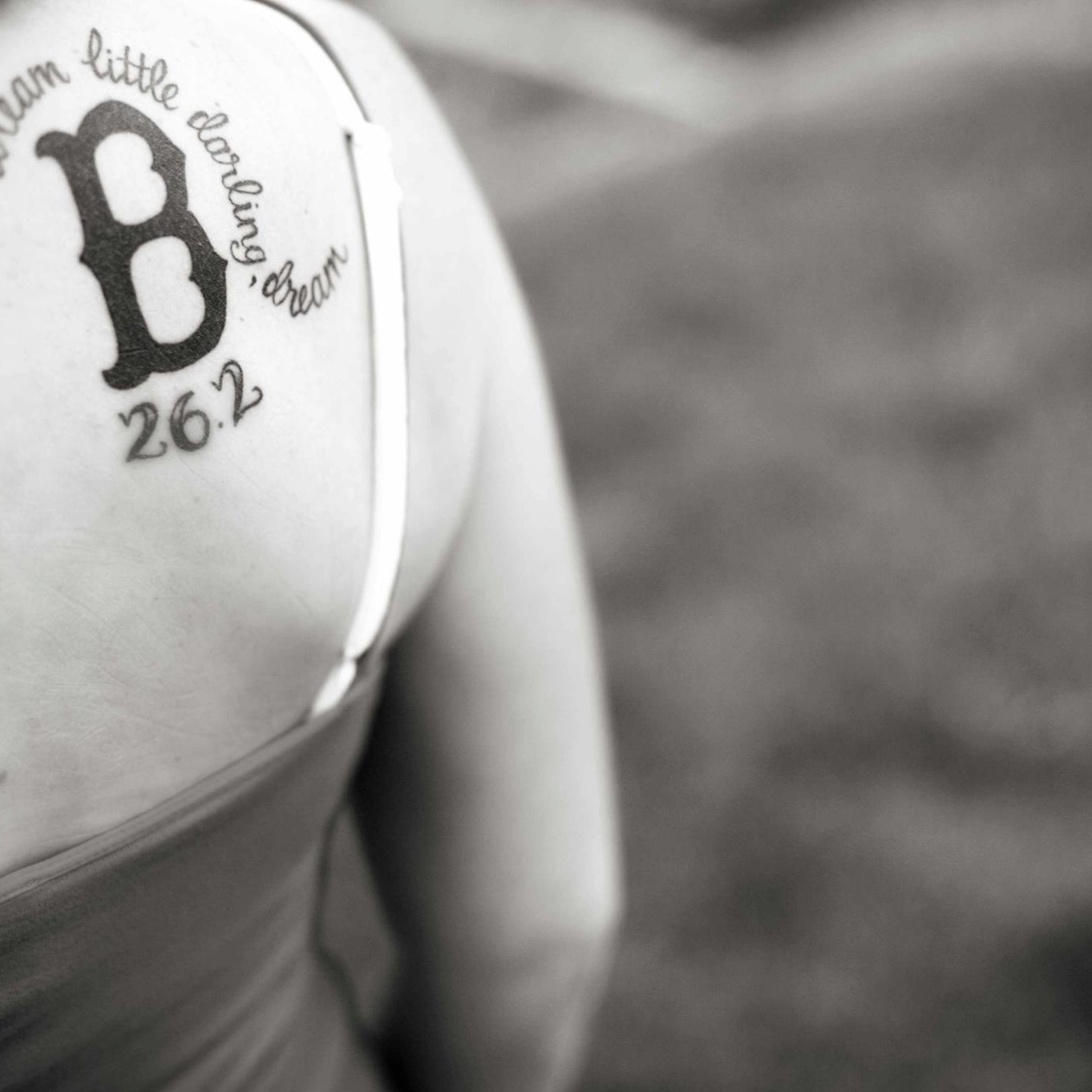 The author commemorates her goal achievement with a tattoo. Photo: Megan Plenge

A phone call was all it took. I had big dreams of becoming an architect at the age of 10 after my grandfather suggested as much while I sat in the middle of the Abiqua Creek in Silverton, Oregon, constructing a dam of rocks. The call was to tell my mom I was done with architecture school after just a year and a half. My grandfather had just passed away the summer before, and I felt like a complete failure – I was letting him down, and giving up on my dream. While my mom reassured me I was not, I couldn’t help but think, “What now?”

Goals are funny like that. They’re hard to let go of, whether you succeed or fail. A Harvard study suggests, “The sense of competence resulting from successful goal achievement encourages students to set more challenging goals and eventually adopt goal directed mindsets.” Sound familiar? As a runner, my natural inclination was to follow in my father’s footsteps and run a marathon. Once that goal had been checked off, my sights were set on qualifying for, and finishing Boston (like most marathoners).  But once I had accomplished that goal, I felt lost. Feelings from my success waned and I wanted to find a new goal. What now? There’s that question again.

Just like my dream of becoming an architect, I had devoted years to training and qualifying for the Boston Marathon. And it had worked. But I didn’t anticipate the uncertain feeling that come after the elation of success has diminished. My search for a new goal was imminent. So I ran another marathon. And another. And then I thought, I’ll try and qualify for Boston again. But with a new family to take care of, the energy and motivation came second hand and the spark was gone. I needed something new.

With the chaos of work and life, it took time. But eventually, I got that familiar feeling I recognized from before. It had surrounded me all along, I was just too busy building my confidence as a marathoner to recognize it. Ultrarunning quietly crept its way into my veins, and soon I was singing a different tune with a new goal on the horizon.

Harvard Business School found that, “There are many ways in which goals go wild: they can narrow focus, motivate risk-taking, lure people into unethical behavior, inhibit learning, increase competition, and decrease intrinsic motivation. At the same time, goals can inspire and improve performance.” As ultrarunners, we are always looking ahead, whether it’s a step up in distance or a new race to challenge us.

Some of us have long-term goals, while others achieve success without them. I had been running trails in college, but never truly gained a love for ultrarunning until after my first goals had been conquered. I’m often jealous of those who found the sport early in life, but realize now that I wasn’t ready. Finding and going after a goal takes time, mixed with some trial and error. And succeed or fail, each experience is what makes us who we are. And that time and effort is exactly why setting and accomplishing a goal can change us forever.