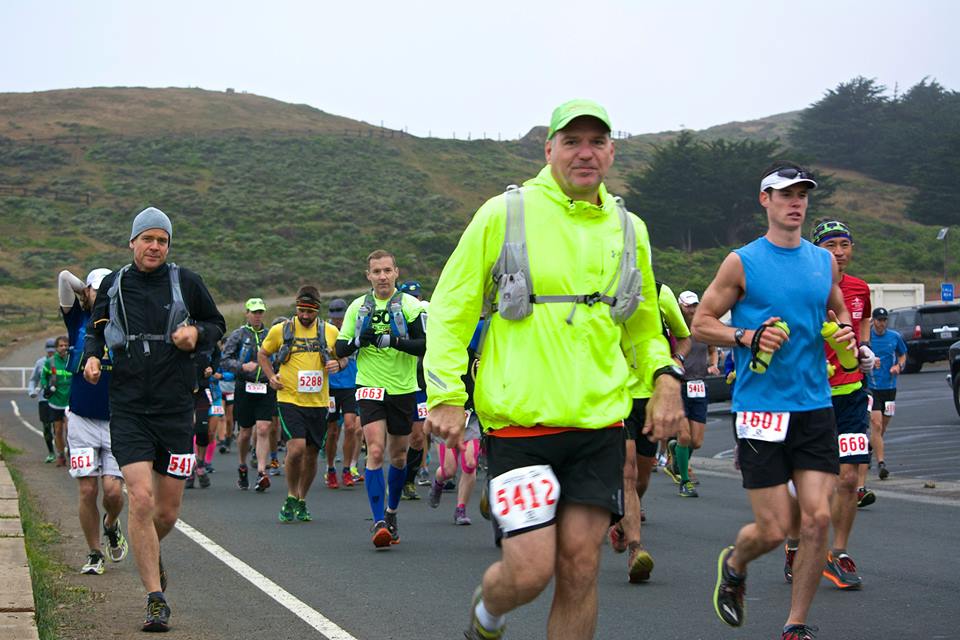 The 4th annual SF 100/50 Mile Endurance Runs takes place on March 26th. The course takes a scenic tour of the spectacular Marin Headlands with views of Tiburon, Mt. Tamalpais, Pirates Cove, San Francisco and the Golden Gate Bridge. With 9,565’ and 19,575’ of elevation gain in the 50 and 100 mile, respectively, the SF 50/100 is considered a difficult ultramarathon. Finishers are rewarded with an impressive, multi-colored buckle to commemorate their amazing accomplishment. Top 3 male and female runners are also awarded cash prizes totally over $1,000.

The first two events were held in August. As many know, the weather in the Bay Area in August is always cold and foggy. Veteran ultramarathoner, Mark Tanaka, suggested after his sub-24 hour finish that we move the event to earlier in the year. So last year the SF 10/100 was over Memorial Day weekend. We thought we had a good date until the park decided this year to restrict special events over holiday weekends. We’re very happy with the new end-of-March date. Average temperatures are in the high 50’s with little precipitation.

The most memorable race was in 2013 when Lucas Wojciechowski, 20 year-old first-timer, won the 100-mile race by just 8 seconds. Lucas went out fast and built a 2 ½ hr lead over the first 75 miles. The last 25 miles turned out to be a slow walk as the more experienced Steve Ansell held a steady pace throughout the race. Steve was unaware that he was closing the gap so quickly until the last section down Wolf Ridge. As Steve sprinted the last 150 yards, Lucas slowly walked across the finish line oblivious that another runner had nearly passed him. Epic!

Register for the San Francisco 50/100